The fee proposal that was recommended by [the board finance and property committee] has been refined and it’s based on numerous student input and concerns. 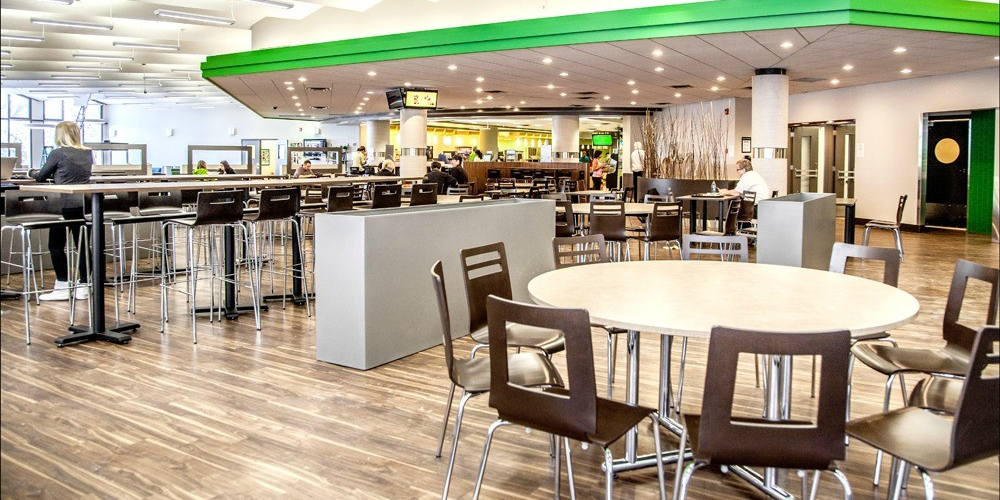 A proposed "anytime dining" meal plan was not approved after a tie vote by UAlberta's board of governors Dec. 16.

A proposal to improve food quality and choice at Lister Centre came down to a question of the accessibility of meal pickup locations.

The university’s board of governors asked for clarity on the type of service students can expect when they go to pick up meals in the Central Academic Building. That was the final sticking point for the “anytime dining” program, which was not approved Friday after a tie 7-7 vote.

“We need to have more than what’s being offered for the students in CAB in September than what’s on the table currently,” said board member James Heelan. “The proposal, if it had that attached to it, I would be voting in favour of it.”

The university’s board finance and property committee had recommended approving a tiered fee structure for meal service—$4,650 for unlimited dining hall access every day, or $4,285 for five days. The prices include “flex” dollars that can be spent elsewhere on campus.

Tiered pricing was the latest attempt to address student concerns after representatives of the Students’ Union criticized an earlier draft over concerns about cost and accessibility. Andrew Sharman, vice-president of facilities and operations, said the current iteration of anytime dining was developed over five years to address ongoing student dissatisfaction with meal service in Lister while keeping the program affordable for students and the university.

“I will admit that it’s not perfect, but it’s the balance that we can currently achieve that addresses the long-standing criticisms over quality, variety, nutritional balance, quantity and extended hours, as well as trying to address flexibility," he added.

The proposal called for the expansion of dining hall access at Lister to 15 hours, giving students the option to eat as much or as little they wanted. Students could also dine at Peter Lougheed Hall, which will open next fall, or grab meals to go at Lister, Peter Lougheed or centrally in CAB.

The seven-day fee structure included $400 worth of “flex” spending—dollars that could be spent elsewhere on campus. The five-day model included $300 worth of flex.

Students’ Union president Fahim Rahman said that simply isn’t accessible enough for students who might be taking classes or studying in one of the engineering buildings and don’t have time to walk to Lister or Lougheed. He urged his fellow board members to vote against the proposal and stick with the status quo, at least for one year, which would keep the declining balance model that sees students preload their ONEcard at a fixed dollar amount.

“The [proposed] meal plan right now only gives students about 10 per cent of their dollars for flexibility, compared to 100 per cent [with the declining balance]. That’s definitely not enough.”

Accessibility was the deciding factor for the board, particularly hot meal pickup in the centrally located CAB, which wouldn’t have a full-service dining program until 2018. Dolores March, director of hospitality services, said for next fall students would be able to preorder food for pickup using the dining services app, but was unable to guarantee how far in advance such an order would have to be placed.

Chancellor Doug Stollery said students and the administration both raised valuable points but there are trade-offs to any solution.

“The reality is we have to balance the importance of flexibility against the importance of the issues raised by administration. It’s not one is right and one is wrong. We have got to make a decision one way or another.”

After the vote, the board briefly considered sticking with the status quo—a move Heelan cautioned against debating formally in favour of more getting more information about CAB options at a future emergency board meeting.

“This isn’t just [us] ripping this thing up. That’s not what I’m hearing,” Heelan said of anytime dining. “This is something that’s very important to address and get to ground as fast as possible.”

President David Turpin said administration would work immediately on providing information about service in CAB to the board early in the new year. The timing is critical as prospective students are now deciding where to study next year; waiting until March, when the next regular board meeting is scheduled, is too late, he said.

Turpin acknowledged the topic was controversial and that he valued students’ input to date. He also said residences and dining services have to be self-sufficient and contribute to capital reserves to modernize facilities such as Lister, a 50-year-old structure.

“We’re at the situation now where we’ve got [food] quality issues, we’ve got deferred maintenance issues. We have to move forward,” he said.