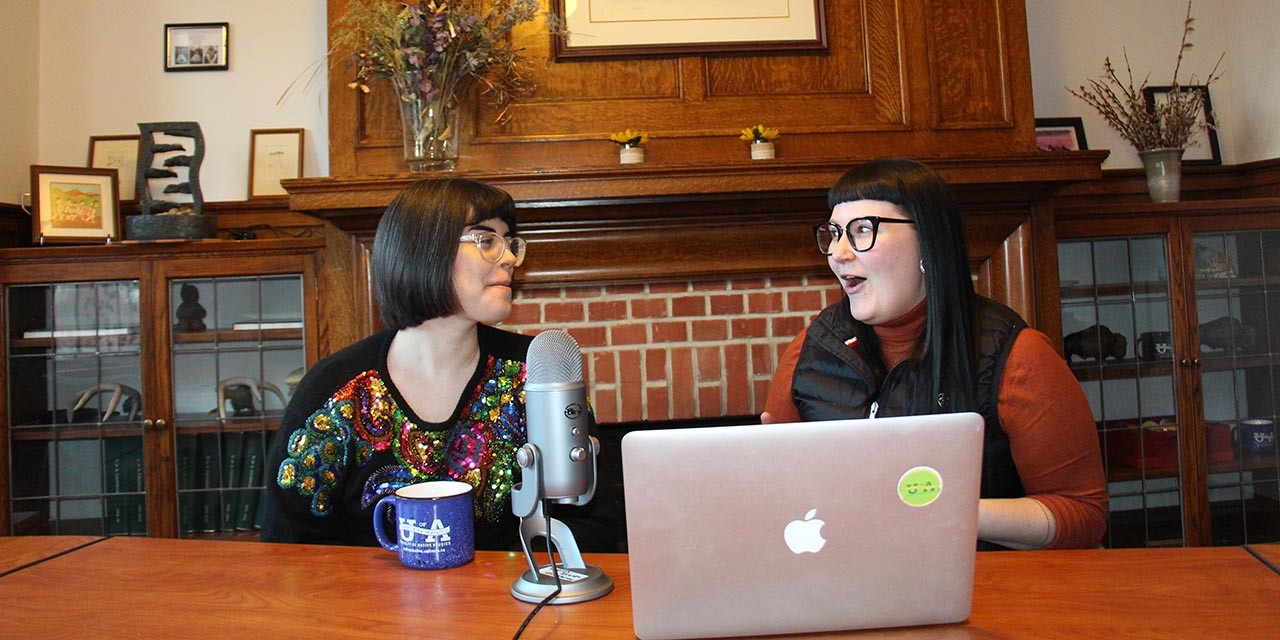 When Sheila Laroque, Kayla Lar-Son and Tanya Ball graduated with master’s degrees in library and information studies and moved into jobs in libraries and publishing, each found that she was often the only Indigenous person in the room.

“Across Canada, there are under 30 people with a master of library and information studies degree who self-identify as Indigenous, which is a shockingly low number. And in my window of working within the publishing world, there are only a handful of Indigenous editors and publishers out there in Canada as well,” said Ball, now a PhD student in the U of A’s Faculty of Native Studies.

The three Métis women would often get together to share their experiences and commiserate.

“We spent enough nights at the campus bar complaining about things,” joked Lar-Son, Indigenous digital initiatives librarian at the U of A.

But then something happened.

“We decided instead of us just talking to each other, we could use our experience as librarians and information professionals and have a platform where we could talk about issues where there is that gap, and address it.”

They started the masinahikan iskwêwak – Book Women Podcast, with financial support from the Writers’ Guild of Alberta. The podcast is intended to provide Indigenous people who have an interest in editing, publishing and writing with the information and inspiration to successfully create and share their stories.

The first season of the podcast featured episodes on diverse topics, including storytelling and cultural protocol with guest Josh Littlechild, academic publishing and editing with Chris Andersen, poetry with Marilyn Dumont, illustration with Gabrielle LaMontagne and burlesque storytelling with Brittany Johnson.

“Storytelling isn't just pen to paper, it's everywhere and anywhere, and in all sorts of formats,” said Lar-Son.

Laroque, Lar-Son and Ball say with increased Indigenous representation in publishing, writing and storytelling, priorities in the publishing world might shift and practical changes could be made, including increased scholarships, mentorship and consultation, and addressing the Truth and Reconciliation Commission’s Calls To Action.

And that all begins with more Indigenous people in the industry, they said.

“There’s so few of us out there that it’s hard. Even if somebody gets in through the cracks, even if they’re the most resilient person ever, if they don’t have a support group or a mentor, their chances of surviving and actually doing a good job are minimal,” said Ball. “With more people you can support each other.”

Creating a support system is something they hope to foster around their podcast. Family and community are vitally important to Métis women, Ball said.

“That's who we are, and what makes us ourselves. And that sense of community is what we hope people get out of the podcast.”