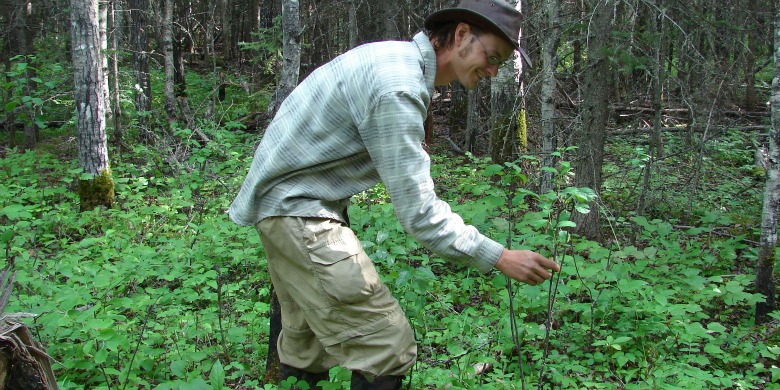 The research team, led by graduate student Stephen Mayor, found that up to a certain point, plant life in the boreal forest responded to intrusions such as roadways and farm fields by actually increasing its biodiversity.

“It might be expected that the more disturbance, the fewer kinds of plants we would find,” said Mayor. “But we actually found more species were growing as the percentage of disturbed land rose.”

However, Mayor says, there is a tipping point when more than half of an area is visibly changed by human use. “When the amount of disturbed land in a study area began to exceed 50 per cent, a threshold was reached and we found fewer and fewer plant species.”

“Our research findings mean that the variety of plant life in the boreal forest can tolerate farms, forestry, even oil and gas extraction—but only in moderation,” said Mayor. “There are real and predictable limits to how much intrusion nature will allow.”

The researchers believe their study area, which encompassed all of northern Alberta including the oilsands, was the largest ever used in a study of this kind—an opportunity Mayor says he wouldn’t have had at another university.

“The University of Alberta enabled me to start answering questions about how humans alter the natural world, that might not be possible elsewhere.”

The research was published Oct. 16 in the journal Nature Communications.