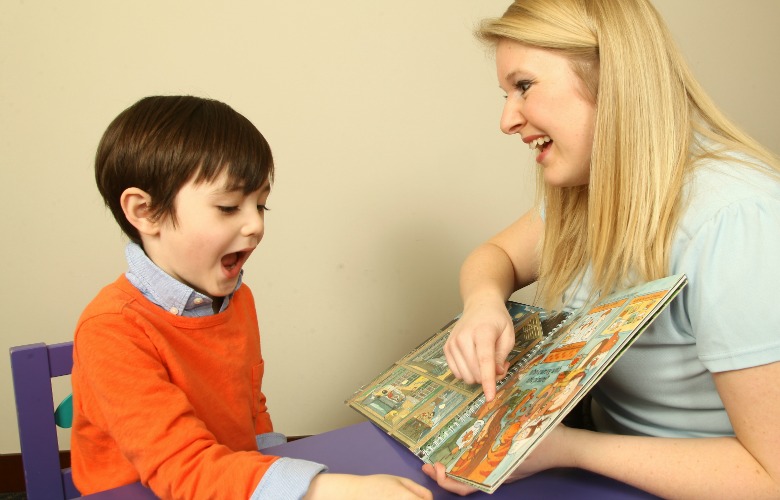 131010-istar-banner
Researchers at UAlberta's Institute for Stuttering Treatment and Research are shedding new light on stuttering and the inner workings of the brain—findings that could help improve stuttering treatment. (Photo: Ed Ellis)

(Edmonton) A new study by a University of Alberta researcher shows that children who stutter have less grey matter in key regions of the brain responsible for speech production than children who do not stutter.

The findings not only improve our understanding of how the brain is built for speech production and why people stutter, but also affirm the importance of seeking treatment early, using approaches such as those pioneered by the Institute for Stuttering Treatment and Research in the Faculty of Rehabilitation Medicine at the U of A, said Deryk Beal, ISTAR’s executive director.

Previous research has used MRI scans to look at structural differences between the brains of adults who stutter and those who do not. The problem with that approach is the scans come years after the onset of stuttering, typically between the ages of two and five years, Beal said.

“You can never be quite sure whether the differences in brain structure or function you’re looking at were the result of a lifetime of coping with a speech disorder or whether those brain differences were there from the beginning,” explained Beal, a speech-language pathologist.

For his study, Beal scanned the brains of 28 children ranging from five to 12 years old. Half the children were diagnosed with stuttering; the other half served as a control.

Results showed that the inferior frontal gyrus region of the brain develops abnormally in children who stutter. This is important because that part of the brain is thought to control articulatory coding—taking information our brain understands about language and sounds and coding it into speech movements.

“If you think about the characteristics of stuttering—repetitions of the first sounds or syllables in a word, prolongation of sounds in a word—it’s easy to hypothesize that it’s a speech-motor-control problem,” explained Beal. “The type of stuttering treatment we deliver at ISTAR is delivered with this limitation of the speech system in mind, and we have good success in stuttering treatment.”

Beal initiated the research at the University of Toronto and completed the work upon his arrival at the U of A. He sees the results as a first step toward testing to see how grey matter volumes are influenced by stuttering treatment and understanding motor-sequence learning differences between children who stutter and those who do not.

“The more we know about motor learning in these kids, the more we can adjust our treatment—deliver it in a shorter period of time, deliver it more effectively.”

The study was published in the September issue of the peer-reviewed journal Cortex and received funding from the Canadian Institutes of Health Research Clinical Fellowship and the Hospital for Sick Children’s Clinician Scientist Training Program.