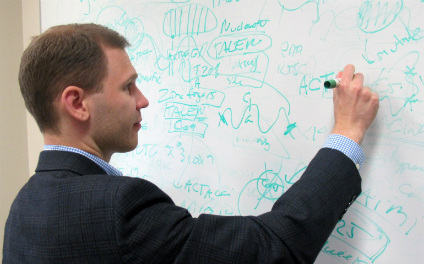 Basil Hubbard and his team have filed a patent on their discovery and are hoping to partner with the pharmaceutical industry to use it in new therapeutics. 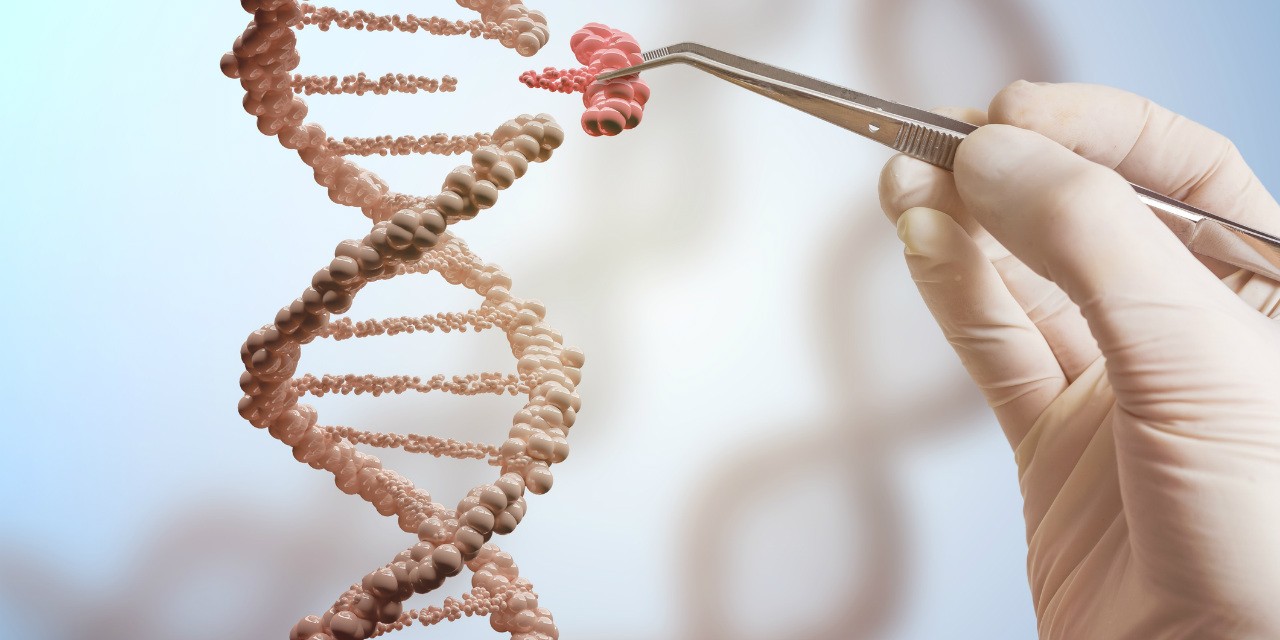 Imagine a future where a guided biomachine put into your body seeks out defective gene sequences in each cell and edits in the correct information with precision accuracy.

It’s called gene editing, and University of Alberta researchers have just published a game-changing study that promises to bring the technology much closer to therapeutic reality.

“We’ve discovered a way to greatly improve the accuracy of gene-editing technology by replacing the natural guide molecule it uses with a synthetic one called a bridged nucleic acid, or BNA,” said Basil Hubbard, Canada Research Chair in Molecular Therapeutics and an assistant professor in the U of A’s Department of Pharmacology, who led the study.

He and his team have filed a patent on their discovery and are hoping to partner with the pharmaceutical industry to incorporate it into a therapeutic.

Interest in gene-editing technology has been rapidly rising since the discovery of CRISPR/Cas9. This system is naturally present in bacteria, which use it for protection against their natural predators, called bacteriophages.

“It allows bacteria to store information about previous infections and then use it to seek out and destroy the DNA of new invaders by cutting it,” explained Hubbard.

“What researchers have realized is that this system can be programmed to cut a specific DNA sequence in a human cell also, allowing us to edit our genes. One of the main issues, however, is that the system is not perfectly specific—sometimes it cuts a similar but incorrect gene.”

Using its natural RNA guide molecule, the Cas9 system is quite accurate, only making a mistake about one per cent of the time, he noted.

“However, given that there are trillions of cells in the human body, even one percentage off is quite significant, especially because gene editing is permanent. One wrong cut and a patient could end up with a serious condition like cancer.”

The new BNA guide molecule that Hubbard and his team—which includes PhD student Christopher Cromwell, who is first author on the study—developed was shown to be much more stable and stringent in its quest for finding the right DNA to cut.

“Our research shows that the use of bridged nucleic acids to guide Cas9 can improve its specificity by over 10,000 times in certain instances—a dramatic improvement,” said Hubbard.

Though gene-editing technology still has several hurdles to overcome, including the challenge of how to deliver it effectively into the human body, it may someday be used to treat a wide variety of genetic diseases, from muscular dystrophy to hemophilia and various cancers.

The study, published in Nature Communications, was funded by the Natural Sciences and Engineering Research Council of Canada.