Breakthrough may explain why cancer immunotherapies can backfire 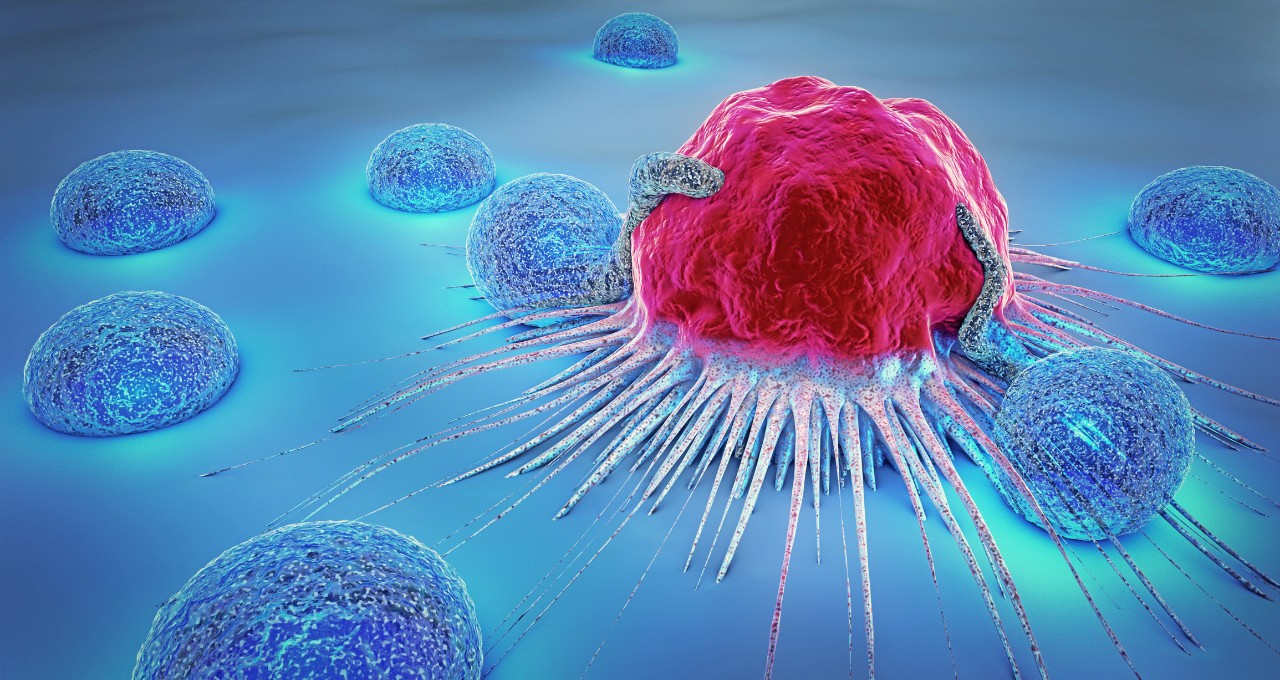 Cancer immunotherapy aims to help the body's T-cells attack cancer cells (pictured), but it can end up causing the T-cells to attack healthy cells instead of cancer cells. New research from UAlberta may explain why that happens, and could even shed light on how autoimmune diseases develop in general.

Research by University of Alberta scientists into PD-1, a cell surface receptor that naturally plays a major role in de-escalating the body’s immune system, may explain why it can go haywire and cause autoimmune diseases like Type 1 diabetes.

“PD-1 has caused a lot of excitement in recent years as a target for new cancer immunotherapies—the theory being that by turning it off, the immune system is free to attack cancer cells—but there isn’t any scientific understanding of how it works,” said Colin Anderson, University of Alberta researcher and immunologist with the Alberta Diabetes and Transplant institutes.

His research team’s first study showed that PD-1’s ability to regulate the immune system, or T-cells, is set early on, in the fetal or neonatal period.

“In our study, we showed that it’s also pivotal when T-cells go through two phases of learning not to attack the body’s own healthy cells,” he added.

The first phase occurs when T-cells are created in the thymus; the second phase happens when they migrate to the body and go through a second mechanism called peripheral tolerance, explained Anderson.

The team’s most recent study showed that once T-cells are released from the thymus, but before they have completed the second learning mechanism, they are prone to causing autoimmune disease—and this is especially true if PD-1 is missing.

“We all harbour these newly made T-cells circulating around our body that have this increased ability to cause autoimmune disease, and this autoimmune potential is then turned off by PD-1 in healthy immune systems,” said Anderson.

Another recent study from his group asked a critical additional question: what exactly is PD-1 controlling in these new T-cells?

He said their findings not only open the door for investigating ways to intervene in PD-1 development early in life, but also between its two phases of learning to prevent autoimmune disease from developing.

“Our findings could also explain why there is an attack on many different organs rather than strictly just cancer cells seen in cancer patients treated with the new breakthrough cancer therapies that block the PD-1 receptor.”

Breakthrough may explain why cancer immunotherapies can backfire