We are in a real bind here, because Saudi has become one of our largest partners when it comes to trade. The arms deal is just one part of it, and you can't just turn that on a dime.

Brothers in arms: has Canada signed a Faustian pact with Saudi Arabia?

Political scientist Andy Knight warns Canadian government may be in too deep with sale of arms to Saudi Arabia. 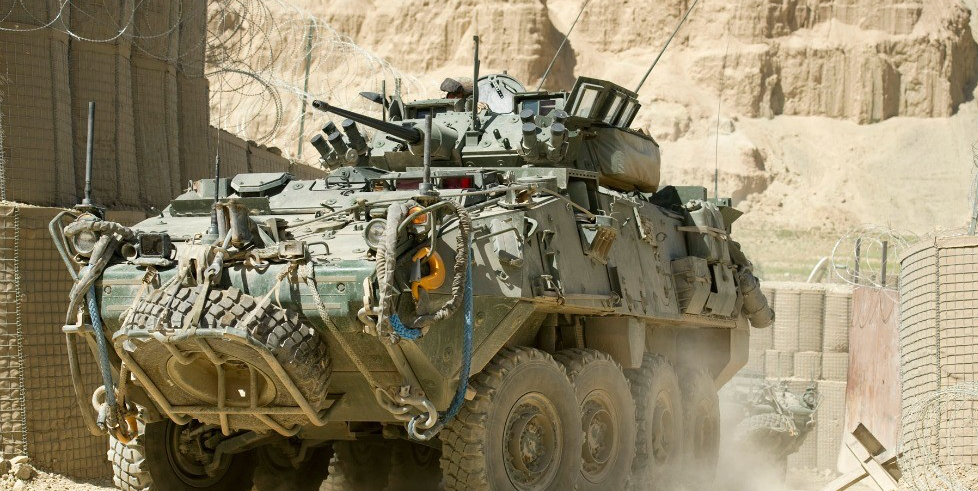 Of all the unsavoury deals to inherit, Canada’s $15-billion sale of light armoured vehicles to Saudi Arabia is perhaps the toughest to swallow. This week even former Liberal justice minister Irwin Cotler was calling on the government to reconsider in light of the public backlash.

It’s easy to understand why the deal, signed by Stephen Harper’s government, was so attractive. It will mean some 3,000 jobs in Canada and a boon to parts suppliers that extend well beyond southern Ontario—not insignificant at a time when the country needs economic stimulus.

But when weighed against Saudi’s irrefutable record of human rights violations—including alleged violence against rebels in in Yemen and Bahrain, executions of dissidents and deplorable treatment of women in general—the deal quickly loses its lustre. A Globe and Mail poll revealed that six in 10 Canadians believe human rights should trump job creation in export deals.

Prime Minister Justin Trudeau promised during the election to sign the United Nations Arms Trade Treaty, designed to keep weapons out of the hands of rogue states and militias, but that hasn’t happened yet, even though Canada is one of only a few countries yet to assent. And for now at least, the government says it has no intention of cancelling the arms deal.

That may be because it’s simply too late, says University of Alberta political scientist Andy Knight. If you sup with the devil, he says, you end up paying the price.

"We are in a real bind here, because Saudi has become one of our largest partners when it comes to trade,” says Knight. “The arms deal is just one part of it, and you can't just turn that on a dime. It will be very difficult to reverse course, but the best we can hope for is that the government at least takes a better look at the human rights assessment and nudges the Saudi government to do the right thing.”

He adds that, according to his sources, the Harper government had done no such assessment in the past two years. And now that Saudi human rights abuses are finally attracting media attention, we may just have to swallow the bile this time around.

"This deal could be ongoing,” he says, “not just manufacturing the vehicles, but maintenance contracts and so on. It will be long-term, and I don't think the Canadian government can say no to it at this point in time. There are all kinds of spinoff benefits and even subsidiaries of U.S. firms operating in Canada that could do very well from this deal.”

And with a federal deficit almost twice as big as projected, economic stimulus of this magnitude is not so easily dismissed.

"Now that we're on an economic downturn and getting less revenues from oil and gas, the Liberals are realizing a bit of a bonanza to have these arms deals. It's part of diversification, and the arms companies are a very strong lobby.

“But that's where the public comes in, and we have to keep the government's feet to the fire. The pressure has to come from the population. There may be a lot of other deals like that the public doesn't know about, because the deals are struck in secrecy, and sometimes you have to dig really deep to find out where these arms are going.”

But perhaps we can slowly turn the ship around, says Knight. It may take a few years, but it’s a question of reforming our whole foreign policy, returning to the more peaceful posture on the world stage we used to be known for.

"I'm hoping that, with our new relationship with the United Nations, we see a softening of our position in many of the areas where [over the past decade] we played hard politics."

Brothers in arms: has Canada signed a Faustian pact with Saudi Arabia?