Building a bridge to Mexico 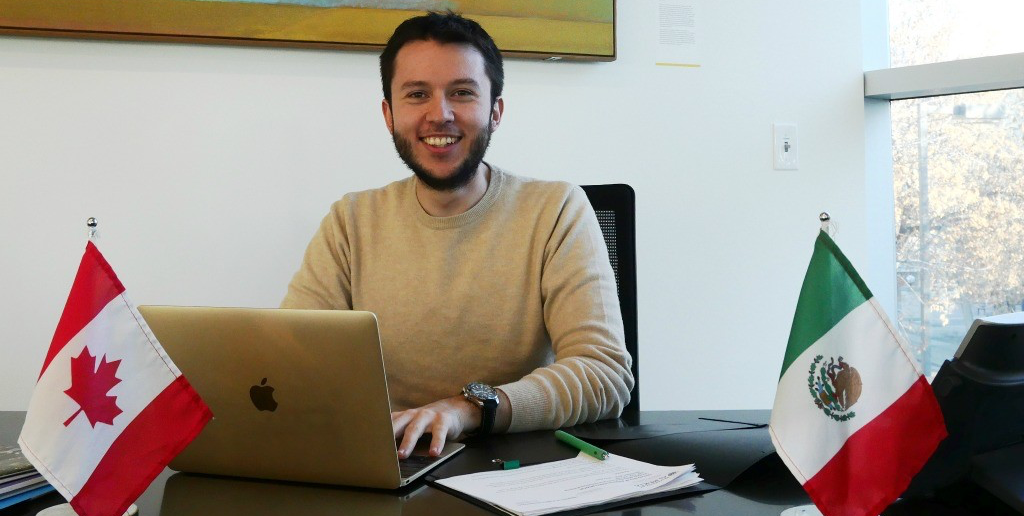 Ricardo Suarez will look for opportunities to support and expand on UAlberta's long-term energy partnership with Mexico. (Photo: UAI)

The doors opened Monday on new opportunities with Mexico as a University of Alberta representative begins working in a Mexico City office.

Ricardo Suarez, a chemical engineer and a native of Mexico City, is staffing University of Alberta International’s (UAI) new office in Mexico’s largest city, giving the university a street-level presence that will help build on an agreement reached last year between the university and the Mexican government to form a $16-million long-term research partnership in that country’s growing hydrocarbon sector.

Suarez is the first full-time U of A liaison worker based in an office in a foreign country.

“This is a first in terms of the U of A working with significant support from a foreign government, and it’s research at its best, because we’ll be helping them with practical issues that enhance the efficiency and safety of the oil and gas industry in Mexico,” said Britta Baron, associate vice-president of UAI.

The U of A is working with Mexico’s energy industry, which is being opened up to domestic and foreign markets after 75 years of being state-run. It needs to update its technology and recruit 120,000 engineering professionals.

Partnering with the U of A will be especially valuable in boosting Mexico’s oil output, said Suarez, who previously worked for Pemex, the country’s leading oil and gas producer.

The company’s production has decreased as its most important oilfields age and reservoirs drop. U of A experts will share enhanced recovery techniques and other high-tech methods to address such key issues to Mexico’s economy. Oil exports to Asia, Europe and the United States account for 10 per cent of the country’s gross domestic product and 40 per cent of public-sector income, Suarez noted. “We want to stop the decline in production and boost output.”

U of A expertise has already been extending south to Mexico for several years through collaborative research between U of A researchers and their Mexican colleagues in fields like geology and engineering.

“This new initiative builds on that collaboration,” said Baron, who noted opportunities could well reach beyond oil and gas research.

“We also hope to look at renewable energy, electric grids and the issue of power generation, which is the most pressing challenge for the Mexican economy to expand. But even beyond that, agriculture, public health and teacher education are all other sectors we are trying to open up in our relationship with Mexico.”

Having a local presence gives the U of A more opportunity to “understand Mexico’s needs to expand research and collaboration,” Suarez added. “There are a lot of industries that haven’t yet been explored by the U of A.”

He believes potential is especially high in expanding relationships with leading institutions like the Mexican Petroleum Institute and the National Autonomous University of Mexico, Latin America’s most important university, with 36,000 academic staff and 320,000 students.

The U of A could benefit from such a huge knowledge pool, Suarez said. “There’s a lot of opportunity there. I’m sure researchers from both sides will be interested in working closely together.”

In his new position, Suarez will also focus on other UAI goals, including recruitment of Mexican students—particularly graduate students—to enrol at the U of A, and for students here to study and intern down south.

“We are enhancing the well-being, safety and prosperity of our community. You can define community as Edmonton, as Alberta, as Canada, but also as a global community. We are working more and more to connect our expertise to real problems in other parts of the world.”

Building a bridge to Mexico
Newsroom