Throughout astronomy's past, discoveries of flaring sources with new properties have proven extremely important. I'm optimistic this may be the case once more.

Astronomers have discovered objects that dramatically erupt with X-rays. 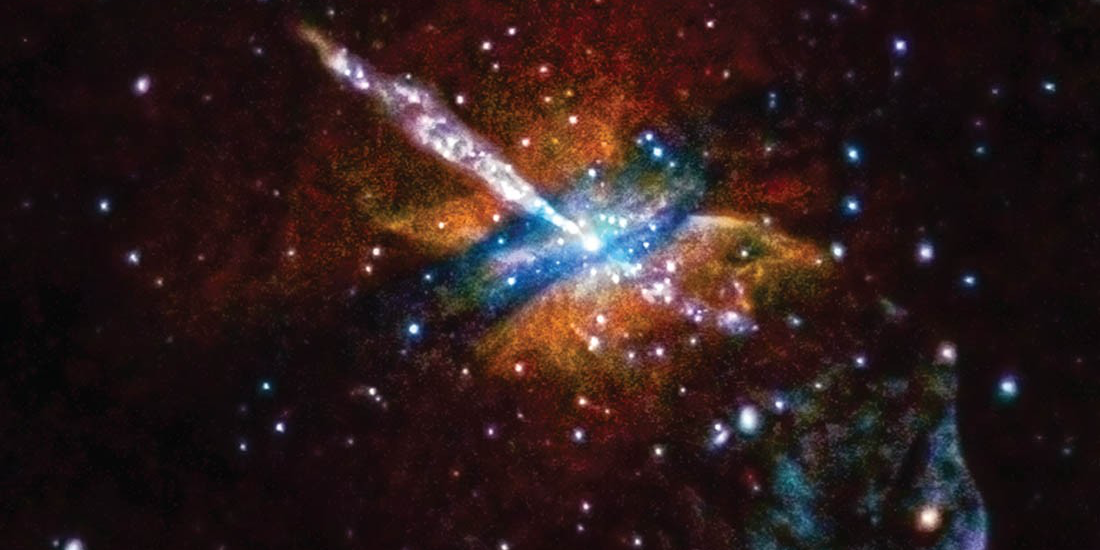 In two galaxies not so far, far away, astronomers have discovered never-before-seen objects that dramatically erupt with X-rays.

The mysterious sources regularly emit X-rays, but have been observed spontaneously flaring up and becoming about 100 times brighter in X-rays in less than a minute before returning to their original X-ray levels after about an hour.

“They are so bright, but so relatively brief that we have named this behaviour ‘ultraluminous X-ray bursts,’” says Gregory Sivakoff, co-author of the study that appears in Nature. “To our knowledge, this behaviour is new, unexplored phenomena.”

The discovery, obtained with NASA’s Chandra X-ray Observatory and ESA’s XMM-Newton observatory, may represent a new class of explosive events.

“NASA's Chandra X-ray Observatory allowed us to pinpoint the location of these flaring sources with optical-light emitting concentrations of stars belonging to two galaxies. This told us just how bright these flares are,” explains Sivakoff. “Throughout astronomy's past, discoveries of flaring sources with new properties have proven extremely important. I'm optimistic this may be the case once more, and am very excited to be involved in this work.”

At their peak, these objects give off hundreds to thousands of times more X-rays than typical X-ray binaries, the brightly emitting stellar systems where a nearby star is orbiting a black hole or a neutron star.

The research team, comprised of experts led by the University of Alabama and 10 international institutions, continue to study the nature of the flares. They’ve generated a number of hypotheses for the source of the flares thus far. One of the most promising among them suggests that the flares could be caused by matter from companion stars falling onto black holes or neutron stars.

But at this point, Sivakoff explains, many explanations are possible.

“Black holes, and more generally the study of astronomy and outer space continue to capture the imagination of astronomers and the public alike," says Sivakoff. "Humankind has been looking to the stars for thousands of years. On top of all of this, the mind-boggling large size of the Universe provides ample opportunity to discover the exotic, discover the beautiful, discover the rare, and discover the important.”