Business dean to chair Premier’s Advisory Committee on the Economy 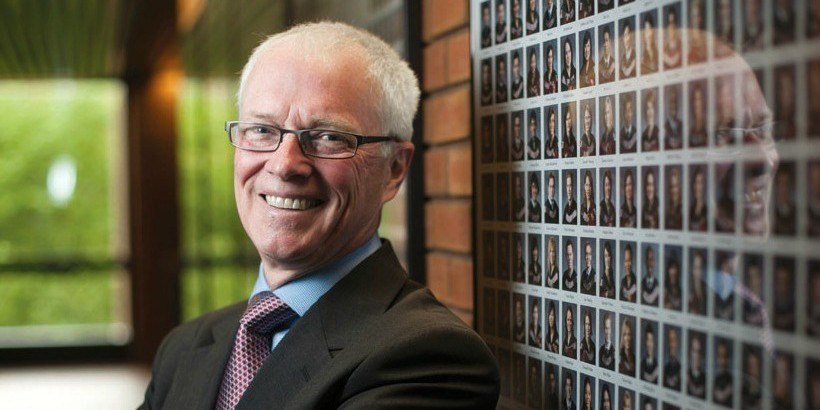 Joseph Doucet, dean of the Alberta School of Business, is heading up the new Premier's Advisory Committee on the Economy announced October 14.

Seeking expert advice on innovation and economic diversification in the province, the Government of Alberta has called on Joseph Doucet, dean of the Alberta School of Business at the University of Alberta, to chair the new Premier’s Advisory Committee on the Economy.

"The formation of this advisory committee arrives at a critical time for our provincial and national economies. I am confident that we will be able to build on our strengths and create sustainable solutions to our existing challenges,” Doucet said. “This is indeed great news for the University of Alberta and our School of Business as we continually strive to improve our society and our future together."

The 10-member advisory panel announced today by Premier Rachel Notley draws on leaders from industry, academia, labour, research and non-profit enterprises to provide ongoing advice on innovation in Alberta’s traditional economic areas of strength, and on diversification initiatives that promote economic activity outside the energy sector. The committee will meet quarterly with the premier and the minister of innovation and advanced education.

“The economic challenges Alberta faces require a strong plan to create jobs, support small businesses and expand trade,” Notley said. “This new advisory committee will help ensure Alberta is recognized nationally and internationally as the best place to start and grow a business in Canada.”

This is the second time the Alberta government has tapped the Alberta School of Business for leadership on an advisory panel since Notley’s election last May. Andrew Leach, professor of energy and environmental economics, was appointed to chair a panel on climate change in August.

Doucet currently sits on the boards of the EPCOR Community Essentials Council and the Institute of Certified Management Consultants of Alberta. He is also a member of the C.D. Howe Institute’s Energy and Natural Resources Policy Council, and the City of Edmonton’s Mayor’s Task Force on the Elimination of Poverty.