Business leader does right by environment 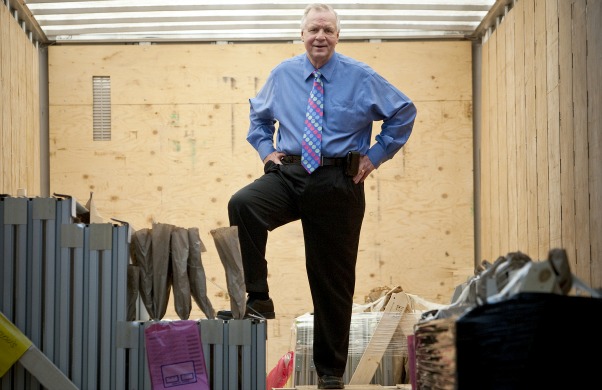 120920-mogenssmed-banner
Doing it right: Mogens Smed has built his environmental consciousness into an international company.

(Edmonton) It could be said that DIRTT founder Mogens Smed’s decision to come to the University of Alberta was financially motivated.

A friend who was in pre-law at the University of Alberta challenged his ability to be admitted to the university, thinking that Smed’s marks might not be sufficient to gain entry. He confidently accepted the challenge, going so far as to propose a wager.

Smed, who received his arts degree from the U of A in 1973, is being recognized for his leadership in the field of sustainable construction—of which examples can be found at the university—as a recipient of one of this year’s Alumni Honour Awards.

Smed’s initial intent was to study law. However, after some time and personal reflection, he says that he realized his right-brain proclivity would likely not serve him well in the legal profession. Instead, he found his interests drifted towards areas such as politics and geography and his major, history.

“My interests were completely the opposite of what I thought I wanted to be,” he said.

After a brief stint working in Scandinavia and Denmark, Smed returned to Alberta and started Scandinavian Wood Industries with his brother. In 1982, he founded Smed International, producing modular interiors for offices using environmentally sound practices. After the company was bought out by hostile takeover, Smed went on to create his new company, DIRTT (meaning Doing It Right This Time), again manufacturing sustainable products. Barely seven years old, the company employs 750 people, has offices in Canada and the United States, and recently opened a “green learning centre” in Beirut.

“We managed to grow a business on the green platform,” said Smed. “In fact, the University of Alberta is standardized on our solutions. There’s a Breathe living wall in one of the atriums. It’s gratifying.”

Smed is philosophical on the value of his education, saying that all his experiences in life, including his education, have contributed to both his successes and failures. He jokes that his study habits were likely not the key to receiving this award, citing a convocation address once given by former U.S. president George W. Bush, noting that even C-grade students can become president. If anything, Smed says, he is grateful for the recognition of his accomplishments. However, his parting words may serve to inspire future Mogens Smeds who may be roaming the U of A campus now.

“If I knew then what I know now, I would have taken far greater advantage [of my academic endeavours],” he said. “I might have been a little more dedicated to my academia than I was at the time.”