Future occupational therapist will play in 2017 World Cup in Ireland. 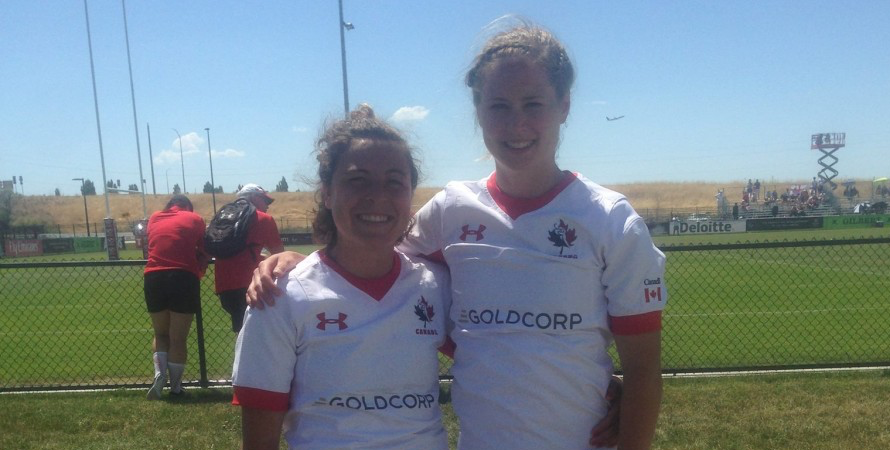 Rugby, without a doubt, is a full-contact sport. For Amanda Williams, this means physically and emotionally.

Williams, a student in the MSc Occupational Therapy program (Calgary Corhort) at the University of Alberta’s Faculty of Rehabilitation Medicine collided head-on with the world of rugby at the age of 14. Initially introduced to the sport by a teacher at her school, Williams carried on her sporting career until the age of 19, when she took a brief three-year hiatus. Now, she’s making big strides in the rugby community, being named to Canada’s National Senior Women’s Rugby Team for the 2017 World Cup.

“I quit playing rugby between the ages of 19 and 21. I had just moved to Calgary for school, and began playing hockey at SAIT,” Williams explains.

It wasn’t until I transferred from SAIT to the U of C to finish my degree that I re-discovered my passion for rugby.”

And discovered a new-found passion for occupational therapy. The master’s student is currently completing her degree at the UAlberta Faculty of Rehabilitation Medicine’s Calgary satellite campus and is set to graduate in October 2016.

UAlberta’s occupational therapy program has been offered in Calgary since September 2012. Of the 120 students admitted to the program each year, approximately 20 students will study in Calgary. The program is a combination of in-person instruction as well as videoconferencing and online instruction delivered from the Edmonton or Calgary campuses.

“I was drawn to the occupational therapy program because of the holistic approaches the field uses when engaging people in everyday society. It allows me to focus on social barriers, while at the same time empowering people to overcome their challenges.

It’s dynamic. Which is also what I love about rugby.”

Although the end goals may be different, rugby and occupational therapy share a similarity: they both use different methods for achieving success—whether it’s winning a game, or overcoming mental or physical issues.

“The program has really been exciting for me, knowing in the end I’ll get to do what I love,” Williams smiles. “My professors have also been really supportive in my journey to make it on to the Senior Women’s team.

The first tryout camp was in April 2015. I had to coordinate the deferral of exams, courses and group work in order to make it there. They were very accommodating and worked with me on finding places in my schedule for everything.”

Her ability to make it to the April 2015 tryouts was the beginning of it all—but her perseverance and determination is what landed her one of the 26 spots on the 2016 roster.

“Soon after the tryout camp, I suffered a concussion. During recovery, I managed to fracture my arm, which put me out for a total of three months,” Williams says. “I wasn’t going to let that stop me, though. Once I was healthy, I was back on the field training again.”

After that, Williams was named to the development team set to travel to England in December of 2015. A spot on the team meant more shuffling of school schedules, more juggling of a career in rugby and a career in occupational therapy.

“It was definitely worth the struggle. It’s pretty special to have made the team. If I had not overcome the obstacles I had to, I would never have made it.

I owe a lot to the professors in my program—for helping me through the process of staying on track with my passion for occupational therapy and my passion for rugby.”

As for what’s next in William’s career, she’s excited to finally finish up school and start doing what she loves.

“I’m excited to just get out there and start working in the field. Not only in the literal field, but in the OT field as well,” she laughs.

Williams and Canada’s National Senior Women’s Rugby Team traveled to Salt Lake City from June 26 to July 10 where they played three games on July 1, 5 and 9 in preparation for the 2017 World Cup in Ireland.