Can a parent's concerns predict autism? 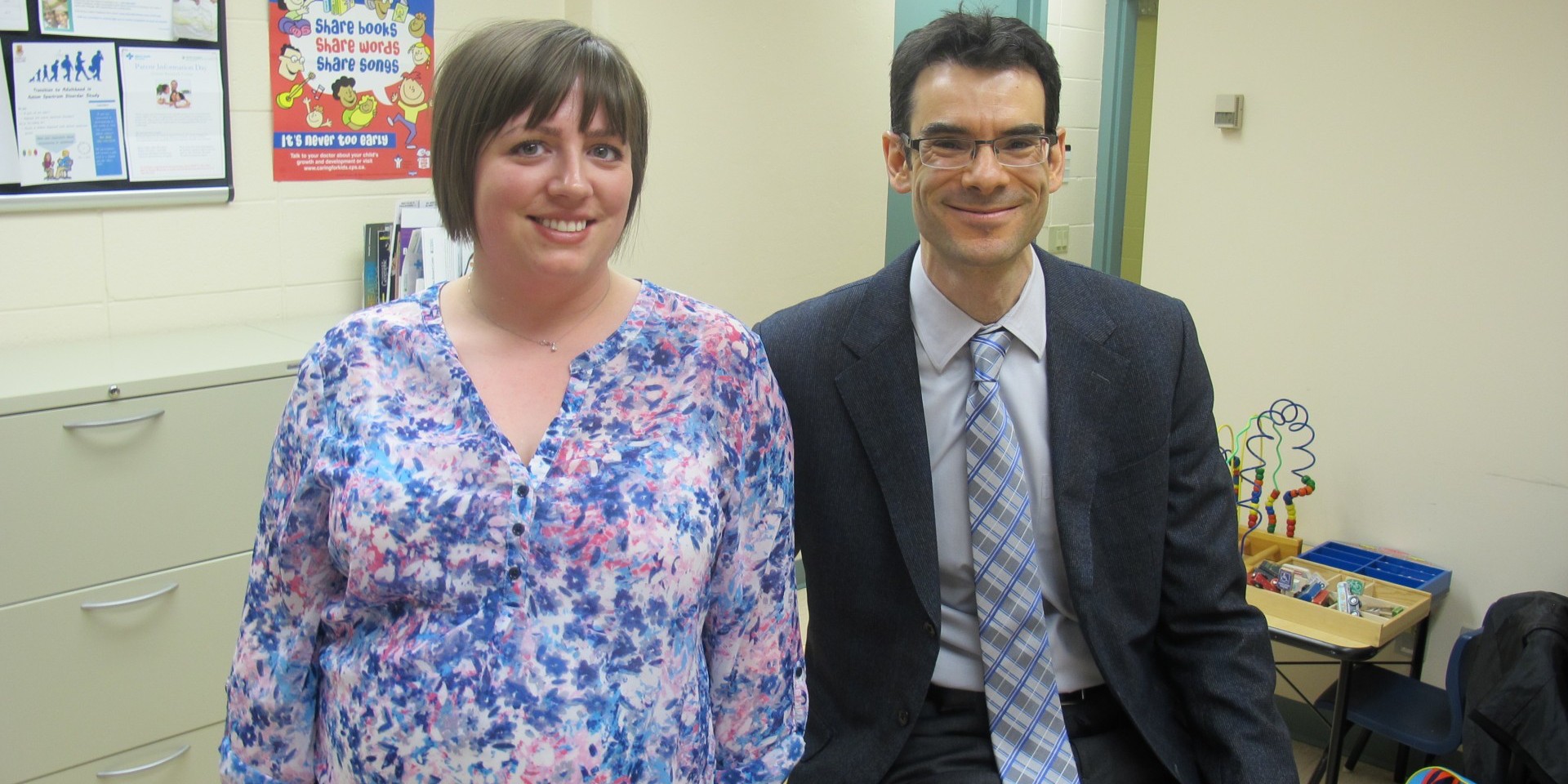 Lori Sacrey and Lonnie Zwaigenbaum are co-authors of a new study showing that parents can spot signs of autism in their children at an early age. Early identification is important for providing better care for kids with autism spectrum disorder.

(Edmonton) As co-director of the University of Alberta’s Autism Research Centre, Lonnie Zwaigenbaum has devoted much of his career to understanding how to identify autism as early as possible. But despite his years of experience, Zwaigenbaum says many physicians like him would do well to seek other expert advice when working with children not yet diagnosed—that of the parents of these young patients.

“Parents are the experts when it comes to their kids, and their observations are really valuable,” says Zwaigenbaum. “In some respects, parents are picking up on differences at six and nine months of age that we have a much harder time seeing in the clinic.”

Zwaigenbaum, a professor in the Faculty of Medicine & Dentistry’s Department of Pediatrics, along with Lori Sacrey, a post-doctoral fellow in the Department of Pediatrics, are the authors of a new study published in the March edition of the Journal of the American Academy of Child & Adolescent Psychiatry. The study showed that parents of children at a high risk for autism spectrum disorder (ASD) not only reported more early concerns than other parents, but also that those concerns can be predictive of ASD.

The researchers examined the reported concerns of parents from about 300 families for children aged six months to three years over a 12-year period. The sample included the concerns of parents of children without any heightened risk of ASD, as well as the parents of children at high risk (who had an older sibling already diagnosed with ASD). At three years of age all of the children underwent a clinical assessment to determine whether they had autism. Researchers then looked back at the parent concerns to see whether the groups differed on the types of concerns parents had, as well as the number of concerns they had.

“We found that parents whose children ended up being diagnosed at three years of age did report more concerns,” says Sacrey. “Interestingly, they reported sensory and motor concerns starting at the age of six months. And then they increasingly reported more language and social concerns at about 12 to 15 months of age.”

“It really highlights the importance of talking to parents and taking their concerns seriously,” adds Zwaigenbaum.

The researchers believe that by acting on parental concerns early, health professionals can provide better care for children at risk of ASD.

“Where interventions are concerned, the earlier you can start with the patients, the better the prognosis,” explains Sacrey. “If you can identify a child at a heightened risk earlier, before their first birthday, then you can start working with them to address early developmental difficulties, which can ultimately enhance their skill development and improve their outcomes.