Can I still use prescription drugs after they expire?

And six other common questions answered by a U of A pharmacy expert. 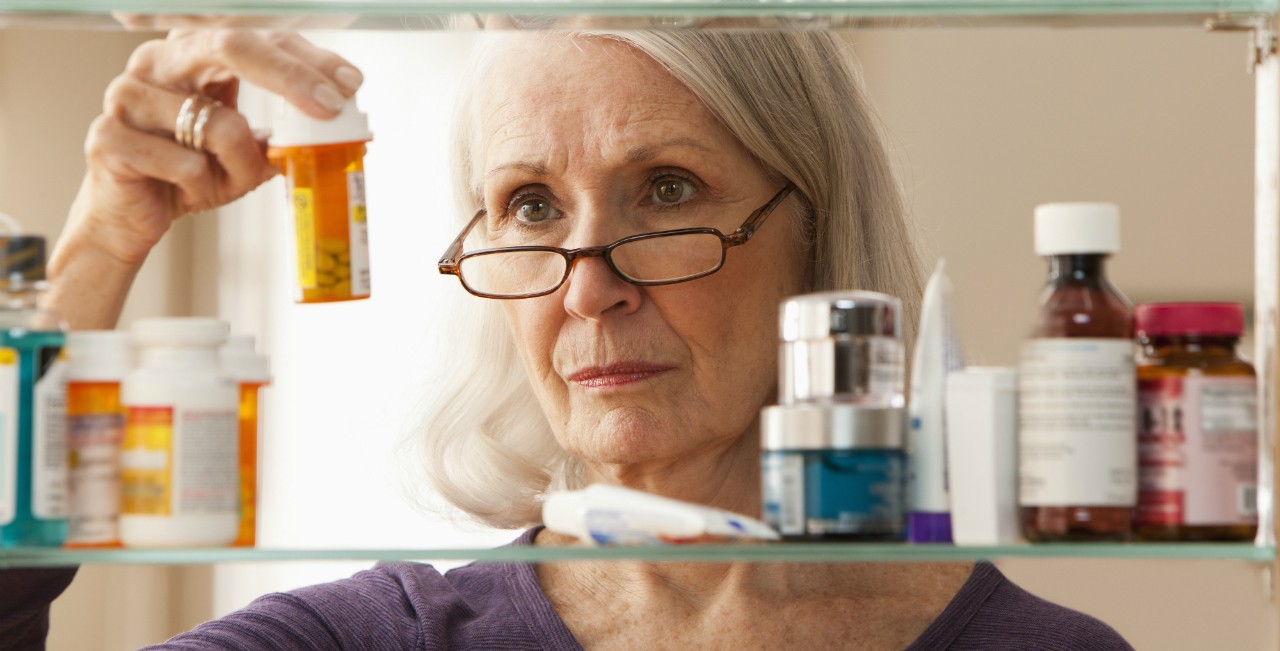 How long to keep using expired prescription drugs, what to do with the ones you won't use and whether to take all your prescribed antibiotics are some of the most common questions a pharmacist can answer, says a U of A expert. (Photo: Getty Images)

The Harvard Medical School republished a well-worn article in August that recounted a 1985 study in which the U.S. Food and Drug Administration (FDA) looked to pinpoint expiration dates for more than 100 drugs in an effort to unburden the U.S. military from some of the exorbitant annual costs of replacing its pharmaceuticals.

The study showed that 90 per cent of more than 100 drugs, both prescription and over-the-counter, were fine to use well after expiry dates had passed, and in some cases more than 15 years after the expiration date had come and gone.

That being as it may, the Canadian Pharmacists Association says drug manufacturers can only guarantee the potency and safety of the various drugs until the labelled expiry date.

Practically speaking, Hall said there is a handful of drugs known to degrade quite quickly, such as nitroglycerin tablets, insulin and tetracycline, an antibiotic that may become toxic to the kidneys after it expires.

After that, said Hall—who admitted to using the odd expired Tylenol—the key point is to know whether the drug works in an emergency and is effective.

“An EpiPen is a good example of wanting to know if it is effective, as is nitroglycerin (for heart attacks).”

The second part of understanding the effectiveness of drugs is knowing whether an expired one is just slightly less effective or has degraded to the point that it potentially becomes dangerous.

“It’s one thing to have something like tetracycline, where there is concern when it is expired, versus something like an EpiPen, where it may have less effect but is still better than nothing in an emergency situation,” said Hall.

Expiry dates on pharmaceuticals is one of a number of questions pharmacists are happy to discuss, said Hall, who offered answers to six of the most common queries.

Should I take my antibiotics until I run out of them?

Yes, said Hall, noting that when an antibiotic is appropriately prescribed and the patient follows the prescribed course, most if not all of the bacteria have been killed and the infection should resolve.

However, what does not kill the bacteria, according to Hall, only makes them stronger.

“Antibiotic resistance happens when a person thinks they’re better so they stop the prescription early. But the bugs may only be down 80 per cent, so they ramp back up and cause sickness again,” explained Hall.

“The second time around there is the risk that those few bugs that exist now have some idea of how to overcome that antibiotic they were exposed to.”

Hall added that the person who stopped taking their antibiotic early may not get sick again, but has a higher risk of relapse.

“Antibiotic overuse has led to skyrocketing rates of drug-resistant bacteria,” said Hall. “Now we’re in an era where we are starting to see the potential for bacteria to win. A lot of that comes from inappropriate use.” The potential to expose someone else to more antibiotic-resistant bugs is also a real threat.

She cautioned patients about being too pushy to get a prescription for antibiotics, especially if they have a viral infection.

Should I steer clear of alcohol?

The problem with mixing alcohol and medication is one of overlapping side-effects, not necessarily effectiveness, said Hall.

She explained that, because alcohol is a central nervous system depressant and a psychomotor impairment medication, any other drug that does either or both of those things will increase the effects.

“People would become more impaired cognitively, and motor skills would also be impaired in terms of reaction times, ability to drive heavy machinery and even walking down the street,” she said.

She added that any opioid medication, benzodiazepines such as lorazepam (Ativan)—a common anti-anxiety medication—as well as some antidepressants and anticonvulsants will make the effects of the drug more pronounced when mixed with alcohol.

“It’s most important for any individual patient to discuss questions they have with their pharmacist because a patient’s past medical history is potentially going to change this answer,” she said.

What other foods or drinks pose a risk?

Grapefruit, according to Hall, should be avoided when taking prescription medicine because it is known to inhibit one of the enzymes that is very active in metabolizing drugs.

“Depending on what expert you talk to, some would say this is incredibly important and anybody who is taking any prescription drug metabolized by that specific enzyme should absolutely not consume grapefruit. My stand on things is more of moderation. If you are on a medication and you are not at high risk for side-effects, then the occasional grapefruit isn’t going to be harmful.

Other items Hall suggested avoiding include any type of medication that would bind to other medications in your stomach.

“The classic examples of that are cholestyramineor psyllium (Metamucil). Take these separately from other medication so they can be absorbed as intended.”

What should I take if I have a cold or the flu?

It can be very confusing standing in the cold-and-flu aisle in a drugstore trying to match what you have with what you need.

The first bit of advice from Hall is that differences between medications offering the same relief are negligible.

The second is to treat the symptoms you have.

“For instance, if you don’t have headaches or muscle pain, don’t get something with acetaminophen or ibuprofen in it.”

If you have a cough, Hall suggested it’s probably best to let it buck during the day, although you may need to suppress it during the night.

“Most importantly, when you’re confused, ask your pharmacist. That is our core skill set—assessing what’s the best medication for anybody at any one time.”

What should you do when the medicine cabinet is overrun with old drugs?

Hall said when you have expired medications you aren’t going to use anymore, bring them back to the pharmacy to be incinerated.

“No matter what it is—inhaler, tablet or cream, all of those products—the pharmacy is happy to take it back. It prevents them from getting into our landfills and water supply, and exposing people to chemicals they don’t need to be exposed to.”

Should I get a flu shot?

Yes, said Hall, even if you are young and healthy.

“When you get your flu shot, you also keep Grandma and Grandpa, and maybe the person next to you—who might be immune-compromised—healthy.” she added. “Plus, decreasing the risk (of getting the flu) so you can remain a productive member of society is a good thing.”

Can I still use prescription drugs after they expire?