Carbon-storing prairies being eaten up by industrial sprawl, farming, oil and gas development and recreational use. 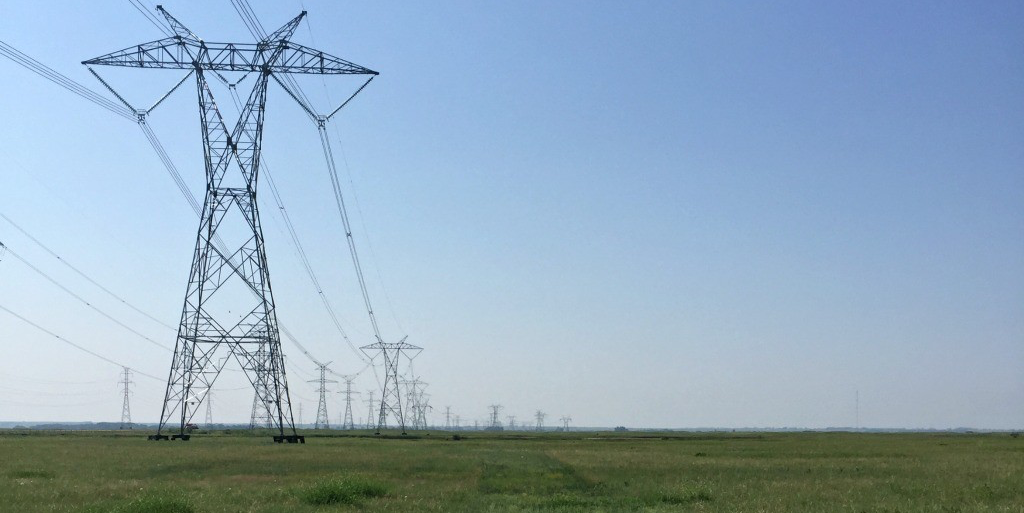 Nature Conservancy Canada (NCC) recently suggested the scope of loss across Canada’s rich prairie lands is greater than that of the Amazon rainforest, making these grasslands among the world’s most endangered ecosystems. It’s a reasonable claim, said U of A rangeland expert Edward Bork.

“Elevated CO2 levels are not only the result of fossil fuels, but also land-use conversion. Grasslands are the most ecologically threatened areas in Canada, and while development has slowed, it hasn’t stopped,” he said. “In a time when greenhouse gases and associated climate change are at the forefront of environmental issues, our grasslands and the role they play are significantly undervalued.”

The province’s fields of waving prairie grasses, stretching from the parkland surrounding Edmonton all the way to the Montana border and into Saskatchewan and Manitoba, play a valuable role in storing carbon. But, as the NCC points out, these biodiverse ecosystems are being eaten up by crop farming, industrial and urban sprawl, oil and gas development, and even recreational use.

Most of Alberta’s grasslands have been gradually lost to development since the province was first settled more than 100 years ago, with just seven million hectares remaining. More than 85 per cent of grasslands that once flourished in the Edmonton area alone are gone. In addition, the Alberta Biodiversity Monitoring Institute estimates that human footprint in the prairies has increased almost two per cent from 1999 to 2013.

“To the untrained eye, native grasslands may look like wasteland, so it’s easy to inadvertently ignore their importance,” said Cameron Carlyle, a U of A rangeland ecologist. But the consequences of destroying grasslands are heavy, he said, noting that when the land is cultivated for crops, for example, 40 per cent of the carbon stored in the grass’s rich soil can be released into the atmosphere.

The five grassland types across Alberta and the soil they grow in also provide a crucial ecosystem for birds, insects and small mammals like mice and rabbits.

Ironically, the organically enriched soil created by grassland ecosystems over hundreds of years makes these areas ideal for growing crops, but that agricultural use alters the biodiversity and its associated environmental benefits along the way—including carbon storage, Bork said.

Realizing the full value of grasslands

From a public policy perspective, it’s important to quantify the magnitude and value of grasslands, which in turn can be used to bring incentives to grassland managers for maintaining or even re-establishing the lands where possible.

“This process would reward farmers for preserving environmental services that benefit all of us, while providing greater financial security to their operations,” Bork noted.

Though there are financial incentives in place for crop farmers and other agricultural producers who use beneficial management practices like reduced tillage to increase carbon storage, no carbon offset protocol exists for those ranchers who leave their rangeland intact to maximize carbon storage.

“There is no direct mechanism that allows landowners to get paid for preserving their grasslands, other than through the harvest of forage and livestock,” Bork said. “Until we start convincing people to look at the big picture, we will continue to go sideways, if not backwards, through land-use conversion, and that erodes the environmental benefits from grasslands.”

Work being funded by beef producers is also underway at the U of A to help balance cattle grazing with sustainable use of ecologically sensitive pastureland, Carlyle added. “Grazing is compatible with grassland conservation, but the ultimate question is, at what frequency and intensity?”

Awareness is slowly growing about the value of Canada’s existing prairie ranges, but more needs to be done.

“We do know much more today than we did 30 years ago, but given the increasing reach of these disturbances, the growing challenge now is understanding the full extent to which grasslands are affected, and identifying how any detrimental effects can be mitigated. There is certainly more to be done,” Bork said.

He and other U of A researchers are working through organizations like the university’s Rangeland Research Institute and using key resources such as the Roy Berg/Kinsella and Mattheis research ranches to raise awareness and inform policy-makers and ranchers alike of the need to ramp up conservation efforts of remaining grasslands. Two more research ranches in southern Alberta were recently added to the university’s roster, adding further scientific capacity.

“Our goal is to make sure all stakeholders are aware of the amount, quality and value of the ecosystem goods and services these grasslands offer.”