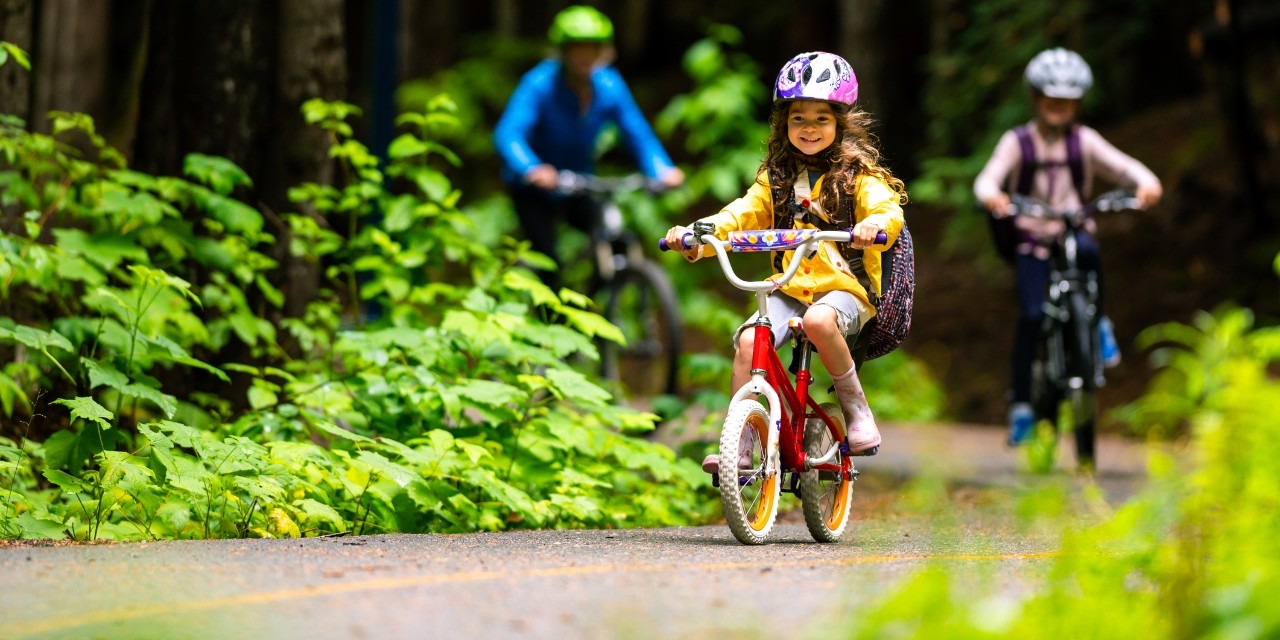 Families need support to make active living a priority, according to a new report card by ParticipACTION that shows less than one in five children and youth in Canada are meeting national guidelines for physical activity, sedentary behaviour and sleep. (Photo: Getty Images)

The 2020 ParticipACTION Report Card on Physical Activity for Children and Youth, which was informed by research and expertise from movement researchers across Canada, including a number of University of Alberta physical activity experts, handed out grades of D+ for overall physical activity, D+ for sedentary behaviour, B for sleep, and F for overall 24-hour movement behaviours.

That failing grade comes as a result of the reality that less than a fifth of children and youth in Canada meet all three recommendations within the Canadian 24-Hour Movement Guidelines, which call for at least 60 minutes per day of moderate to vigorous physical activity, no more than two hours per day of recreational screen time and at least eight to nine hours of sleep every night.

While the numbers can be gloomy, U of A movement expert Tara-Leigh McHugh said the report card’s consensus statement outlined clear recommendations about the influence families can have on the fitness of youngsters.

“Families were chosen as this year’s theme because we know families can serve as active role models when we're talking about physical activity,” said McHugh, who served on the report’s 17-member panel of experts charged with creating the report’s consensus statement.

“Modelling is a key piece, but family members have to facilitate and encourage active transportation—whether that be biking, skateboarding or walking.”

U of A behavioural epidemiologist Valerie Carson, who served on the research committee that synthesized the data and came up with the grades along with fellow Faculty of Kinesiology, Sport, and Recreation professor John Spence, said some tips to help families get more active include being an active role model, setting limits on screen viewing, prioritizing family time that's free of screens and encouraging outdoor time, especially during the pandemic.

“We still need to follow physical distancing guidance when we're outside, but the outdoors is an effective way to increase physical activity, decrease the amount of time children are on screens and ultimately improve our sleep quality,” she said. “It's a really big boost to our physical and our mental health, and obviously mental health is extremely important right now.”

The timing of the report—released as Canadians begin to search for some degree of normalcy in the midst of the COVID-19 outbreak—is quite beneficial, Carson said, given that physical activity rates appear to have dropped off since mid-March.

According to the ParticipACTION site, only 4.8 per cent of children aged five to 11 and less than one per cent of teens were meeting 24-hour movement behaviour guidelines during COVID-19 restrictions, compared with the 15 per cent of all children and teens (aged five to 17) prior to the pandemic.

“We all appreciate that it's extremely challenging for families right now trying to manage multiple responsibilities with less support,” said Carson. “The message that we're trying to get across is not to think you need to go out tomorrow and make this massive change, but rather to take some small steps in the right direction towards trying to incorporate more activity into our lives.”

Another overarching message is that families should not be alone in helping kids get more activity.

“I think that we're going down a dark hole if we just put this on the families with so many pressures, particularly in this current climate,” said McHugh. “We need all levels—educators, government and health-care practitioners—to support families in supporting their youth.”

She added everything should be on the table, from curriculum changes that teach children about the importance of sleep and drawbacks of sedentary behaviour to advocating for evidence-informed policies that do away with unintended barriers to physical activity, whether it’s bylaws that ban street hockey games or ones that prohibit various forms of active transportation in different areas.