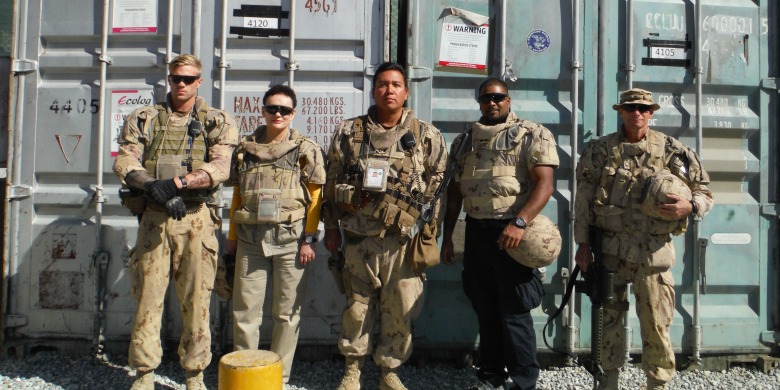 (Edmonton) As the Canadian Military and Veterans' Chair in Clinical Rehabilitation at the University of Alberta, Ibolja Cernak undertakes every research project with one goal in mind: to help our soldiers and veterans lead healthier, productive lives.

That’s why Cernak has conducted clinical studies on Canadian Armed Forces bases, and why she just spent the entire month of October working shoulder-to-shoulder with the troops, studying their resilience, stress and coping.

The work is part of a study of resilience in troops before, during and after deployment—information that can be used to improve their training and support, and ultimately improve their quality of life. After completing baseline testing with 120 Canadian troops prior to deployment, measuring responses to visual stimuli, memory and impulse control in addition to biological data, Cernak found that while stationed in Kabul, Afghanistan, in many cases soldiers’ responses improved.

“If you look at the performance as a whole, the pre-deployment training did a good job preparing soldiers. Canadian soldiers are extremely well trained,” Cernak said, citing strong motor skill response to signals and a keen ability to multi-task as some of the more notable improvements. “Very often soldiers are switching back and forth on several tasks. It is quite impressive.”

Testing also identified categories where performance was not as strong, including impulse control and spatial memory—areas that could be improved through modified training, she said. The research also identified more than two dozen soldiers identified as being in need of followup care for physical ailments that make them more susceptible to injury or chronic illness, or in need of mental health support.

Canada’s role in Afghanistan is to support the transition of security to Afghanistan forces. Despite the non-combat role, working from a military base presented logistical challenges and unparalleled experiences Cernak could not have gained from being in a lab halfway across the globe. Basic lab tasks such as freezing biological samples required hauling a freezer from base to base to base—six in total.

“It becomes quite palpable how the little things, like keeping biological samples frozen, present a challenge in Afghanistan. You don’t think about that when you’re back home in a research lab where you have everything at your disposal,” she said. “All of the logistics was provided by the Canadian task force, which was actually quite complicated. Their help was truly impressive. I could not have completed this work without such strong support from the Canadian Armed Forces.”

Remembering the sacrifices of our military and veterans

Cernak’s research is supported in part through funding from the Royal Canadian Legion Alberta-NWT Command, True Patriot Love, and the late Harry Hole. Wayne Donner, Alberta-NWT Command president, lauded Cernak’s efforts to help improve the quality of life for veterans, whose sacrifices are always apparent and particularly meaningful at this time of year.

“It is through her research and that of the University of Alberta’s Military and Veterans’ Rehabilitation Program that we hope to improve the quality of life of our veterans,” Donner said. “The branches in Alberta-NWT Command are proud to support this research.”

The next stage in Cernak’s study involves testing soldiers after they return from Afghanistan and measuring how they’re affected by their experiences and readjustment to life at home. Every participant to date has agreed to continue with the study, citing the overall importance the research has to their quality of life. The study is also open to more volunteers, including veterans, first responders and those who work in high-stress occupations such as mining and oil and gas, among others.

Cernak will speak about her research at the Canadian Institute for Military and Veteran Health Research’s 2013 forum, which this year is co-hosted by the U of A.

A majority of Chinese-Canadians say they have been victims of discrimination as a result of the COVID-19 pandemic, according to new research by the University of Alberta and Angus Reid Institute. In the first survey of its kind since the pandemic …
Read more from this release

In the space of a few hours on July 3, three North American sports teams announced they were going to reassess their racist names. Baseball’s Cleveland Indians, the Washington Redskins of the National Football League and the Edmonton Eskimos of …
Read more from this release

Learning to live alongside people comes at a high cost for grizzly bears, according to a new study by a team of ecologists from Western Canada. “These animals are essentially faced with an ‘adapt or die’ scenario,” explained Clayton Lamb, lead …
Read more from this release