Study shows those living with disabilities average 25 per cent less in assets—and COVID-19 is making the situation worse. 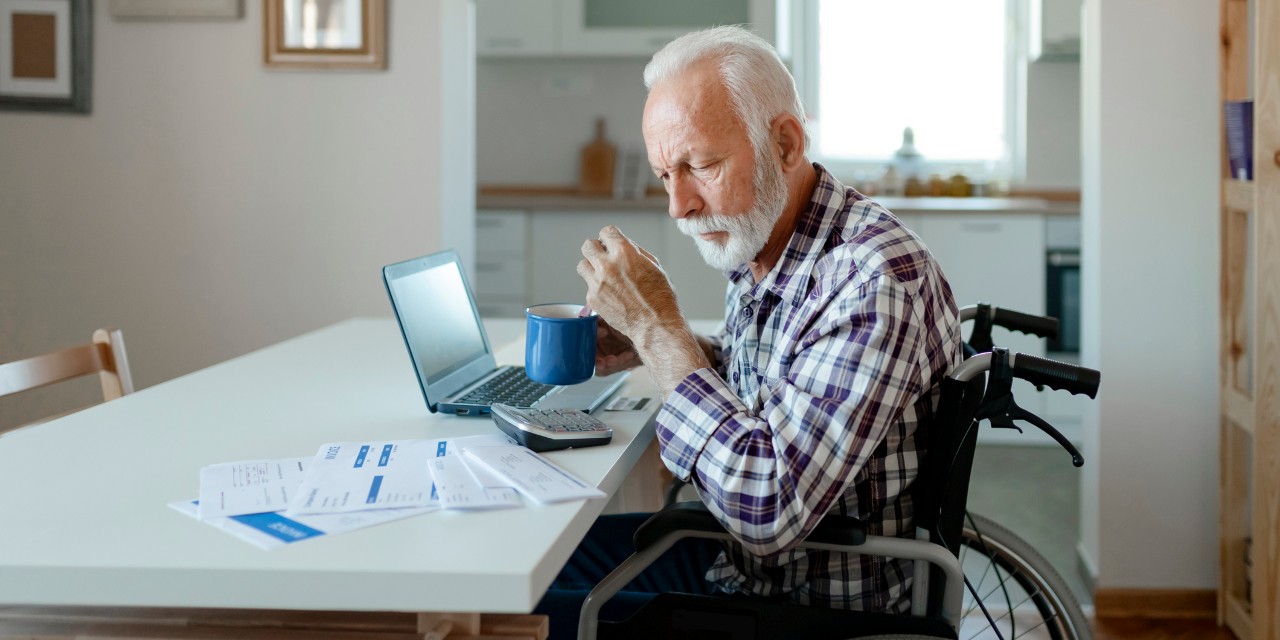 Many of the 6.2 million Canadians living with disabilities face financial disadvantages that make it hard for them to save for hard times or retirement, according to a new study. (Photo: Getty Images)

When University of Alberta sociologist Michelle Maroto came across a Toronto Star article about an Ontario woman struggling to make ends meet while battling Type 1 diabetes, she knew the story was just the tip of the iceberg.

Anna Costa was juggling four low-paying jobs without benefits, and after paying more than $300 per month for insulin and blood tests in addition to rent and groceries, she had little left for savings.

Costa was grateful for the Ontario Works benefits she received from the provincial government. But as with so many living with disabilities across Canada, argues Maroto, provincial and federal assistance programs fall short of compensating them for their financial disadvantage.

“You don't necessarily have a lot of employment income, and what you get from the government isn't that much, so just getting by is really hard, and you probably don't have much to put aside for savings, which really affects economic security,” said Maroto.

In a recent study published in the Canadian Review of Sociology, Maroto and University of Toronto sociologist David Pettinicchio examined data from the Canadian Survey of Financial Security between 1999 and 2012. They found that people with disabilities, or who have spouses with disabilities, held 25 per cent less in assets on average, not including housing assets.

That means they are less able to save for hard times or retirement. And according to Statistics Canada, 22 per cent of Canadians, or 6.2 million people, have at least one disability. At least 1.6 million are “unable to afford required aids, devices or prescription medications due to cost.”

“Even in a place that has universal health care, disability can be expensive,” said Maroto. “There are extra costs—prescriptions, types of accommodations—that can affect people's ability to accumulate wealth.”

Housing assets weren’t included in her assessment because it’s a different type of wealth that doesn’t help those living from paycheck to paycheck, she explained.

“Generally, if you're in a tough situation—if you lose your job or your income—it's harder to access that wealth.”

In a second analysis, Maroto and Pettinicchio examined the influence of employment and education on wealth.

“We know that people with disabilities have limited employment opportunities. So we looked to see whether or not the fact that disability is related to employment also affects wealth, and we found that it definitely does.”

Canadians with disabilities have employment rates almost 40 per cent lower than the general population and “are much more likely to experience poverty,” said Maroto.

“When they do work, they are more likely to be segregated into low‐paying jobs.”

She said there are government programs designed to help cover the gap, such as the Registered Disability Savings Plan, whereby the federal government provides matching savings contributions for individuals who qualify for the Disability Tax Credit (DTC).

But this plan doesn’t account for those who “don't have money to put aside to begin with,” she said, adding that “savings cannot be accessed for a period of 10 years, and individuals who lose their DTC qualification also stand to lose any prior matching contributions.”

Access to credit is often another crucial factor in getting ahead financially, she said, one not always available to those with disabilities.

What the study highlights, said Maroto, is the importance of savings or other assets beyond income to one’s financial security, especially for those who are one paycheck away from real financial hardship.

“Having a bank account, owning our home or having those extra assets gives us that extra stability, especially when the economy is not doing so well,” she said.