Cannabis vaping is now legal in Canada, but that doesn’t make it safe: experts

Consumers should avoid ‘experiment’ with vaping oil products, say U of A medical experts who cite lack of health evidence and lung problems linked to vaping. 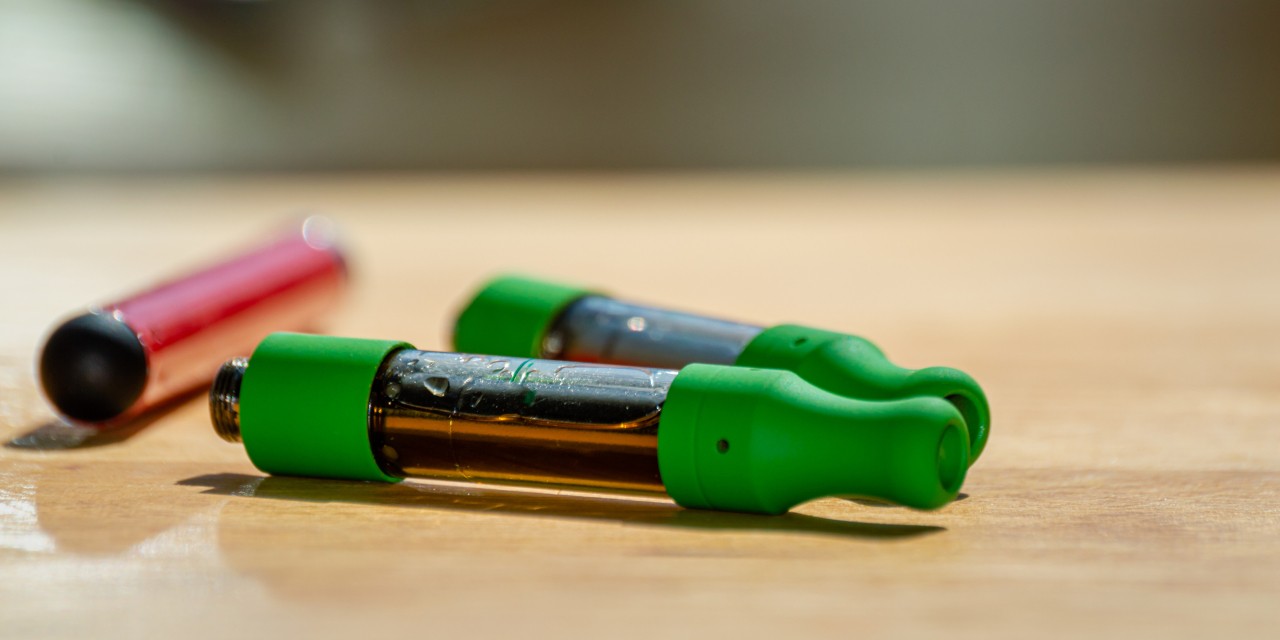 Cannabis oil-based vaping products became legal in Canada last week, but none have yet been ruled safe, according to U of A medical experts who recommend that consumers not use them. (Photo: Getty Images)

Cannabis vaping oils, along with edibles and beverages, became legal for sale in Canada last week, but if you think those extracts will be safe because they are legal and regulated, think again, warn University of Alberta medical experts.

“My advice to consumers would be not to engage in this experiment, because that's what it is—an experiment on your health in uncontrolled circumstances," said U of A smoking cessation expert and anesthesiologist Barry Finegan.

“Even if producers use approved constituents, we have no idea what the consequences of inhaling those products are," said Finegan, adding that consuming vaping oils could result in acute, toxic lung injury.

Although cannabis vapes, edibles, beverages and topical lotions became legal and subject to Health Canada regulation as of Oct. 17, they’re expected to arrive in retail stores in mid-December after a 60-day product review.

But the move—following legalization of dried cannabis flower one year ago—comes as some 1,300 cases of lung injury, and 29 deaths, have recently been linked to vaping in the United States.

The Centers for Disease Control (CDC) found that 76 per cent of patients with those injuries had reported using illicit products containing THC, the psychoactive compound in cannabis.

“There is no clear data on what's in all these e-liquids people are using,” even from licensed producers, said Finegan. He added that little research has been done on the short- or long-term consequences of vaping either cannabis or nicotine oils, so Health Canada has scant evidence for drawing up safety guidelines.

“It’s pretty astonishing the federal government would legalize vaping products without studies necessary to ensure their safety,” he said.

The Canadian cannabis industry, however, fearing a drop in vape sales, has pushed back on suggestions its products are unsafe in a legal market. Greg Engel, chief executive officer of licensed producer Organigram Inc., told the Financial Post that “we must remember we are in a highly regulated environment in Canada where consumer safety comes first.”

While no single product or substance has been blamed for the lung injuries, some possible culprits are pesticide residue, flavouring additives and cutting agents used to stretch the amount of THC in the extract, according to CDC. So far, no vaping product has been ruled safe.

The U.S. Food and Drug Administration has pointed to vitamin E acetate, sometimes used as a thickening agent, found in all of the products associated with the lung injuries.

U of A pulmonary medicine expert Dilini Vethanayagam said inhalation of oil-based products can cause lipid pneumonia, a condition that coats the alveolus—tiny hairs in the lungs responsible for respiration—with oil.

She has been aware of the illness at least since 2000, she said, having published a study that year on a case of lipid pneumonia brought on by smoking weed oil.

However, researchers at the Mayo Clinic have nearly ruled out lipid pneumonia as the cause of the current crisis, as they explained in a letter to the New England Journal of Medicine earlier this month.

What they did find in their examination of 17 cases were lung injuries resembling chemical burns suffered in industrial accidents after the inhalation of mustard gas used in the First World War.

X-rays of patients show “cloudy white-outs in their lungs,” said Finegan, a sign of fluid accumulation and acute lung injury.

"There is diffuse damage to air spaces, fluid accumulation and deposition of lipids in the lung,” he said. “All of those things interfere with our ability to transport oxygen across the alveolus, which are like extremely fine tissue paper."

He said that in the last five years, vaping pens and other electronic devices have become "incredibly efficient” at delivering drastically increased doses of THC while depositing fatty compounds to the deepest areas of the lungs.

The problem is that what was once considered a smoking cessation strategy has now become a recreational habit, and some users are consuming staggering amounts of vaping oils, said Finegan, sometimes for “hours a day,” increasing the likelihood of dependency.

Canada's chief public health officer, Theresa Tam, attempted to reassure Canadians last month that regulated vaping products will be safer than those on the black market, because their ingredients will at least be known.

"If there should be any issues or safety concerns, it's much easier to investigate products that are already regulated," she said.

"A lot of kids and younger adults think vaping is safer than smoking, and it's not,” she said.

"In 2019, we know what regulatory oversight should be at the Health Canada level, and even with nicotine vaping, it wasn't done properly. They’ve approved these products for the market, but they should say no, there's not enough data."

But if oils are the problem, does that mean vaping dried cannabis flower is still safer than smoking?

If you’re doing it to help quit smoking, maybe, said Vethanayagam, but even then, only for a short period of time under the supervision of your family doctor or primary care team.

Health Canada clearly states there are risks to any kind of vaping.

“Nothing inhaled outside of prescribed, and tested, inhalational medications is safe for your lungs,” said Vethanayagam. “Your lungs are meant for respiration.”

Cannabis vaping is now legal in Canada, but that doesn’t make it safe: experts