Conceptual rendering of renovated interior space in the Dentistry/Pharmacy Centre

Government of Alberta commits $149 million toward restoration of Dentistry/Pharmacy Centre. 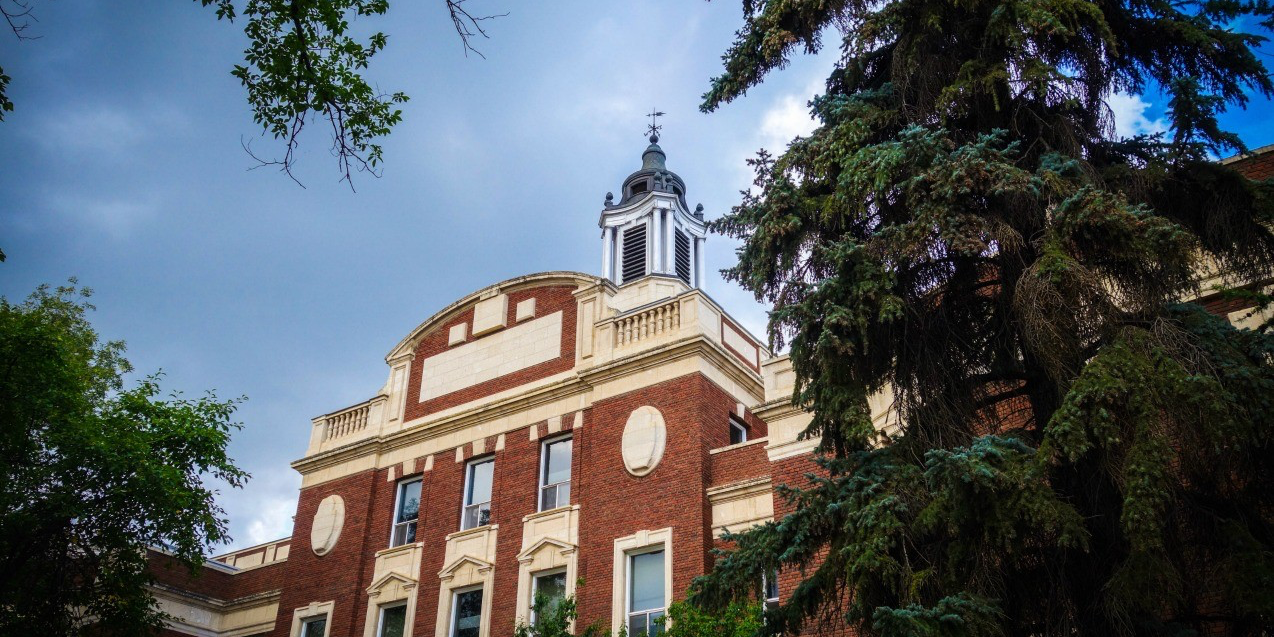 The venerable Dentistry/Pharmacy Centre will get a complete overhaul thanks to $149 million in provincial capital funding.

When the University of Alberta’s Medical Building opened its doors to students for the first time in September 1921, it was hailed as the “Pride of the Campus,” a complement to the Arts Building completed six years earlier.

With its towering cupola, signature brickwork and grand staircases, the building became an iconic backdrop on campus, home to the U of A’s brand new Faculty of Medicine. Although the exterior of what is now called the Dentistry/Pharmacy Centre remains as impressive today, it’s what’s on the inside that counts. The building is riddled with asbestos, the windows are porous, the electrical and mechanical systems are shot, resulting in a 30,650-sq.-m structure that’s sat largely vacant for five years.

Thanks to $149 million in capital funding included in this year’s provincial budget, the building will get a complete overhaul worthy of its historic significance.

“We’re just excited to bring it back to life. Everyone agrees it’s a great building we need to salvage, because it's not in great shape,” said Andrew Sharman, vice-president of facilities and operations.

The funding is part of an overall six-year, $249-million retrofit that will see Dent/Pharm, as it’s known, completely gutted on the interior with an additional atrium replacing the central courtyards.

Improvement will lead to “domino effect”

The project will allow the university to consolidate core student services such as the registrar and dean of students in one central location, along with senior administration and some units currently paying for leased office space near campus.

Sharman said those moves will create a “domino effect,” allowing other spaces on campus, such as the South Academic Building, to be devoted to teaching and lab space. In the longer term, it could result in the consolidation of faculty spaces.

“We’re going to do everything we can to reduce our costs, maximize the experience of students and improve academic space as much as we can,” he said.

Originally designed by Cecil Burgess, the one and only professor of architecture in the U of A’s history, the retrofitted building will maintain its iconic and historic appearance, Sharman said. The university will look to secure a designer-contractor this spring or summer, but concept plans call for the preservation of the building’s historic facade and many of the interior features such as the wooden banisters, stone on the staircases and mouldings.

Sharman said it will take several years to gut the building and that moving asbestos will be the first priority for the retrofit. One of the major challenges will be adding walkways through the new atrium space—a design solution to address the uneven floor plates in the east and west wings, which aren’t up to modern codes.

Once restored, the building will be far more sustainable and energy-efficient. Sharman said the addition of the central atrium will replace a multitude of exterior-facing walls, greatly enhancing natural light and reducing energy costs and the university’s carbon footprint.

At a press conference announcing the funding, Advanced Education Minister Marlin Schmidt said the project shows the government understands the importance of investing in post-secondary education, including capital. The Dent/Pharm project alone will reduce the U of A’s deferred maintenance, hovering around $900 million, by $80 million.

“It’s our government's job to make sure Alberta’s post-secondary institutions are ready to welcome students of all ages and needs,” Schmidt said. “In this case, they’ll be welcomed by one of the architectural treasures of the University of Alberta. I can’t wait to see the Dentistry/Pharmacy Building restored to its former glory.”

President David Turpin said the U of A is appreciative of the funding support and will continue to work with government on addressing deferred maintenance and identifying potential funding sources for the project’s final two years.

“The Dentistry/Pharmacy Building has supported students and learning outcomes for nearly a century and its restoration will continue to uphold excellence in education for generations to come,” he said.