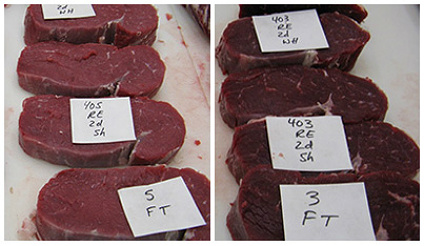 Processing backups can cut value of beef by as much as 30 per cent. 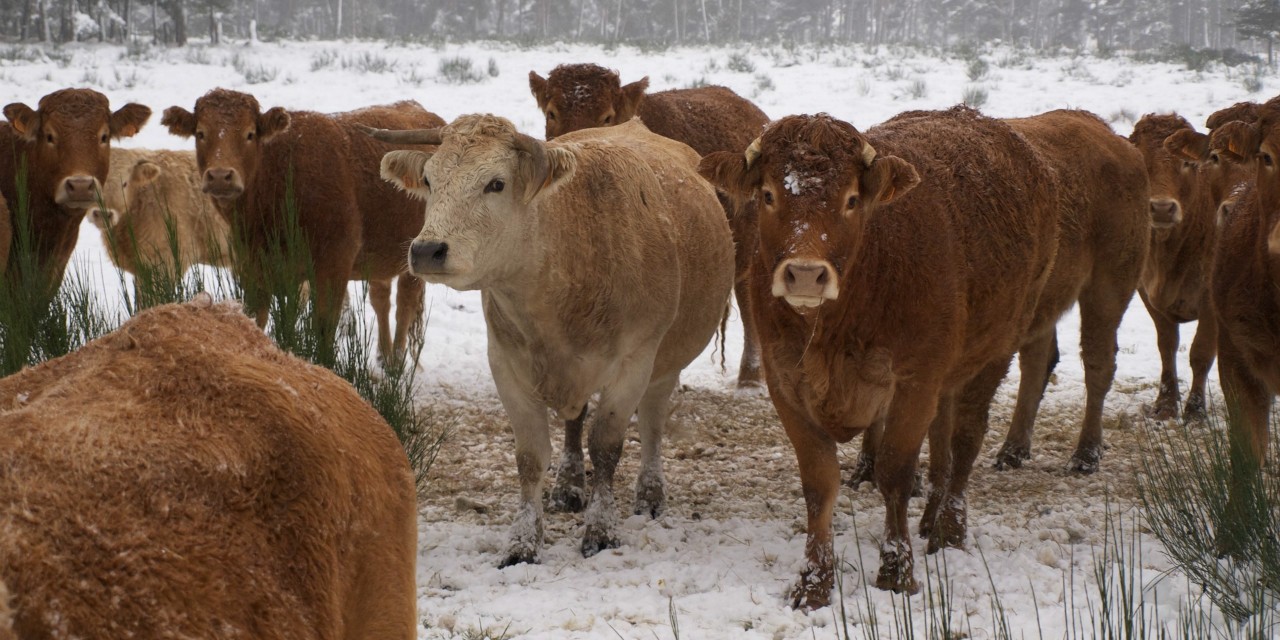 When cattle arrive at a slaughterhouse on a Friday but are held for processing until Monday, they have an increased incidence of producing tough, low-grade meat, new research shows.

“It can happen if there are too many cattle and there’s a backup, or if there’s a plant breakdown,” said Heather Bruce, an associate professor of carcass and meat science in the Faculty of Agricultural, Life & Environmental Sciences.

“They are held over the weekend at a strange feedlot and are stressed by repeatedly being loaded and unloaded into a truck and by eating strange feed. The sustained stress of as many as six loadings and unloadings depletes the glycogen in the muscle—they run out of gas.”

The result is “dark-cutting beef,” which is a blackish-purple colour instead of bright red. It is less appealing to consumers, is less flavourful and subsequently reduces the price of the meat by as much as 30 per cent, said Bruce.

Instead of becoming high-priced cuts of beef, it is ground into hamburger or sold to institutional kitchens.

Bruce and fellow researchers found that, although only one to two per cent of slaughtered cattle in Western Canada produce dark-cutting beef, as much as 40 per cent of a load can be affected.

“It’s not a large or expensive problem for the whole industry, but it is when it’s your truckload of cattle; 40 per cent of your cattle can lose 30 per cent of their value,” she said.

The issue is more acute in Western Canada than in the eastern provinces because transporting distances are longer on the Prairies, the winters are harsher (which depletes the cattle’s energy) and the abattoirs in the western provinces tend to handle larger volumes, creating bigger backups when they do occur.

Though the practice of weekend delays is overwhelmingly associated with dark-cutting beef, the researchers found that an array of other factors also contribute.

The energy of the animals can be depleted through steroid use because glycogen is directed to muscle growth instead of held in reserve, and certain diets can give animals upset stomachs that cause them to eat less.

As well, female cattle seem more prone than steers to cut dark, although the reason is not clear. Yet heifers (young female cows) weighing more than 550 kilograms had a reduced incidence, the study showed.

“What has confounded solving this problem is that different populations of cattle are at risk under different circumstances,” said Bruce.

“There are many points at which the animals can be stressed, which means monitoring has to occur at the farm, on the truck and at the abattoir. It’s an industry problem, not just a producer problem.”

The research was funded by Agriculture and Agri-Food Canada, the Beef Cattle Research Council and the Alberta Beef Producers.