CBD in cannabis no panacea for what ails us, say U of A experts

While more research is needed, scientists say the brightest prospects for the medicinal benefits of cannabis so far may lie in more complex combinations of its compounds. 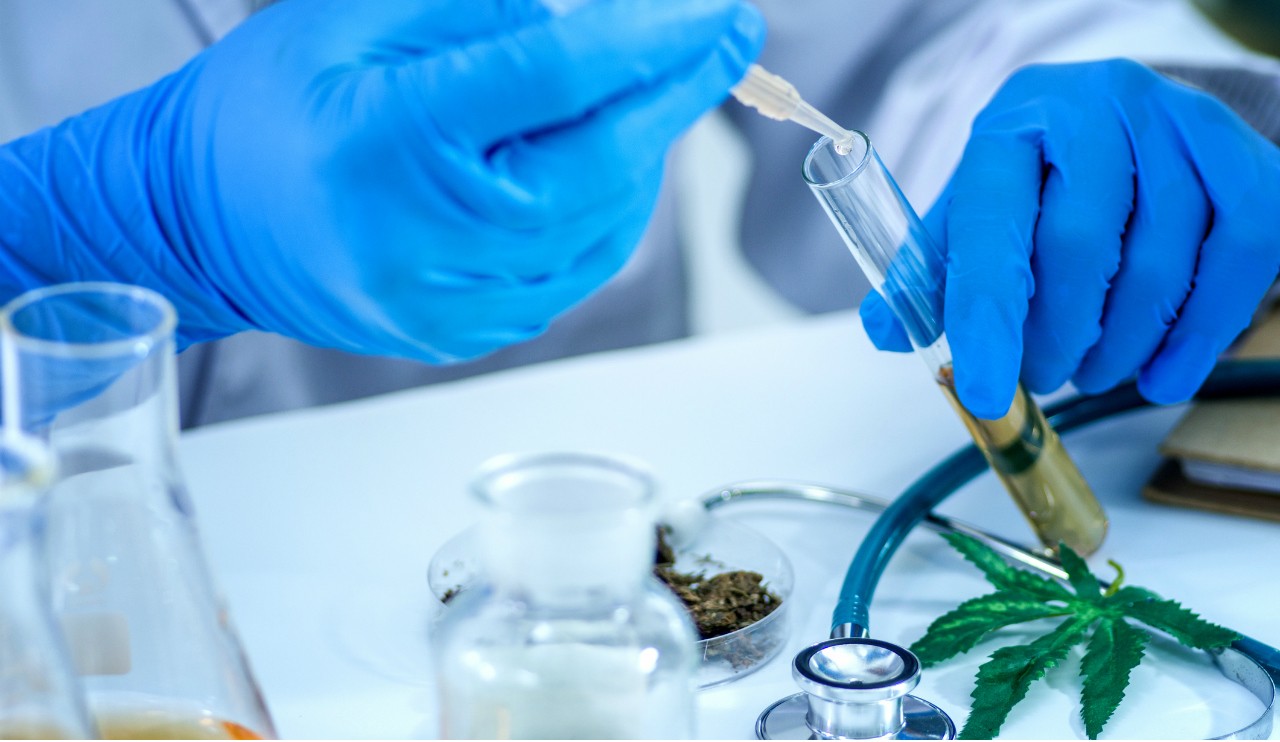 The CBD in medical cannabis is purported to have a wide range of health benefits, but there's little scientific evidence to back up the anecdotal hype, according to U of A experts. (Photo: Getty Images)

CBD, the non-psychoactive medicinal ingredient found in the marijuana plant, has been credited with relieving pain and inflammation, reducing epileptic seizures, quelling anxiety and insomnia, combatting some forms of cancer and even tempering acne.

Discovered in 1940 and thought at first to have no pharmaceutical value, today CBD—short for cannabidiol—can be found in everything from topical creams to capsules, tinctures to lip balm, infusing knee braces to beer.

But is there any scientific substance behind the hype?

"The problem for me is there are so many outrageous claims being made,” said Timothy Caulfield, University of Alberta health law expert, health trend tracker and host of the television series A User’s Guide to Cheating Death.

“EvenGOOP (Gwyneth Paltrow’s health and wellness company) has jumped on the cannabis bandwagon, and they're pushing it as a wellness thing that we should all be taking for our general well-being.

“There isn't research to back that up right now, and I remain quite skeptical it will ever emerge," said the author of Is Gwyneth Paltrow Wrong About Everything?

When asked whether an abundance of encouraging anecdotal reports should count for something, Caulfield is unequivocal.

“Nope,” he said. “Testimonials and anecdotal reports may suggest research, but it's never good evidence. The scientific process is specifically designed to overcome the biases inherent in anecdotal evidence.

“Anecdotal data is just a bunch of stories. It happens so often that when you do the actual clinical trials on this stuff, the results are underwhelming."

Underwhelming is exactly what Michael Allan, director of evidence-based medicine in the U of A’s Department of Family Medicine, found after completing a review of scientific literature for Canadian Family Physician.

While conceding there is “reasonable evidence” that cannabis can help with nausea and vomiting after chemotherapy and may improve spasticity in conditions like multiple sclerosis, there is little to suggest cannabinoids help with pain, and “if they do, it is neuropathic pain and the benefit is likely small.

“Medical cannabinoids have been advocated for an extensive variety of conditions, from glaucoma to cancer,” wrote Allan. “Unfortunately, bias is pervasive throughout the medical cannabinoid literature, including in randomized controlled trials.

“This is compounded by poor reporting in the media, with 79 per cent of medical cannabinoid newspaper stories providing inappropriate information, most of which was sensationalism.”

However, some researchers say the anecdotal promise of medical cannabis is too strong to ignore, and are poised to go after supporting evidence. Some of that clinical proof is already starting to emerge as more researchers take up the quest.

As yet, there are no known side-effects or indications of dependence.

Earlier this year, the U.S. Food and Drug Administration approved the CBD-based drug Epidiolex, used to treat severe epilepsy, especially Lennox-Gastaut syndrome and Dravet syndrome, two of the most debilitating forms of the disease in children.

More to it than CBD

U of A pharmacy researcher Raimar Loebenberg said he is eager to contribute to the nascent body of clinical data. He has started exploring the analgesic properties of CBD topical creams to see whether the hype is justified.

Producers of the cream claim it relieves muscle soreness. Some reports even suggest it can be effective in combatting skin cancer, said Loebenberg.

One big problem with unregulated CBD products, he said, is unreliable quality and inconsistent dosing. Some producers may also fail to recognize the pharmaceutical complexity of the marijuana plant, and the way in which its cannabinoids interact with the endocannabinoid receptors in our bodies.

It could prove that isolating any one cannabinoid for medical purposes is in some cases self-defeating.

"With legalization I hope that research will pick up and we get more good products on the market—not just CBD by itself but CBD/THC combinations,” he said. “It seems that a combination of the two is most effective,” even if just a small amount of THC is combined with CBD.

Medical researcher Jason Dyck has recently acquired the largest known database of medical cannabis users in the world, containing information on about 40,000 medical cannabis patients in Ontario, and has just begun searching for patterns.

An expert on the medical properties of plants, Dyck agrees the brightest prospects for cannabis lie in more complex combinations of its compounds. Other bioactive agents, such as terpenes, responsible for marijuana’s flavour and odour, may play a significant part in targeting whatever ails us, he said.

"While a purified cannabinoid may be of benefit, the benefits are enhanced when there is a broad spectrum of (the plant's) chemicals involved,” he said, noting that one reason producers isolate CBD from hemp is to bypass regulatory hurdles, because the hemp plant has no THC.

"We're most interested in a broad-spectrum plant extract, because the general feeling, so far backed by science, is that CBD and THC are not the only bioactive agents with benefits, whether they work alone or synergistically with other components," said Dyck.

Different combinations of those agents "could change things drastically," he said.

Method of ingestion can also make a difference in the efficacy of the drug, said Loebenberg. Oils, capsules and sublingual tinctures are popular, but not necessarily the most reliable way to deliver potency.

Powder or mist inhalers, similar to Ventolin dispensers used for asthma, allow for CBD delivery with precise dosing, relying on neither heat (vaping) nor combustion (smoking). So far, however, the devices are unavailable in Canada.

Looking ahead, Loebenberg added the potential benefits of medical cannabis have been neglected for far too long, and that it’s high time science caught up with cannabis culture.

"The science and knowledge about cannabis has been totally distorted by politicians who had their own agenda from the 1930s on, calling it a dangerous plant simply because of this one part that gets you stoned,” he said.

“No other plant has been treated in this way. They gave a very important medical plant away to criminals.”

Dyck agrees Canada has a chance to lead the world in medical cannabis expertise.

"What an opportunity,” he said. “Whether good, bad or indifferent, we should be the first country to know this. That's why I'm shifting a lot of my research in this direction, because the opportunity is just too good."

CBD in cannabis no panacea for what ails us, say U of A experts