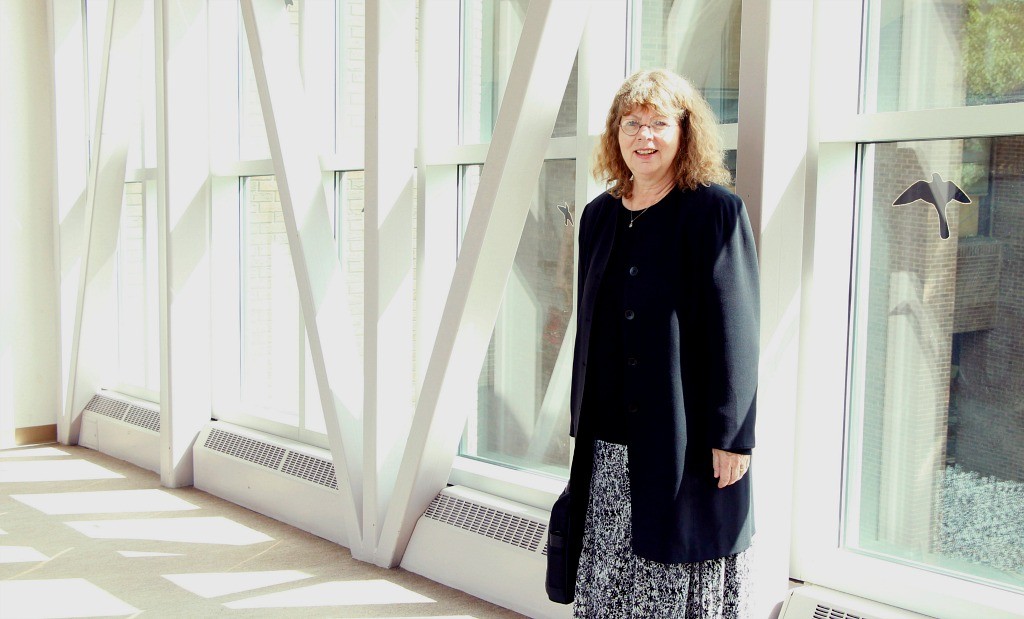 “I only try to write something as honestly as possible, and audiences can feel whatever they want,” says Colleen Murphy of her work. (Photo: Faculty of Arts)

When Pig Girl opened at Edmonton’s Theatre Network in 2013, it had the audience oscillating between tears and rage.

Inspired by the murder trial of B.C. serial killer Robert Pickton, the play spotlighted a sex trade worker from Vancouver’s east end—held captive, tortured and raped on a rural pig farm. It was a two-hour onslaught of pain and grief, “theatre so visceral, so upsetting, so difficult to watch, people kept getting up to leave as the show progressed,” wrote Paula Simons in the Edmonton Journal.

As distasteful as Colleen Murphy’s play may have been, it was also a prime example of theatre that unapologetically examines the darker side of humanity. And for that, it won the 2016 Governor General’s (GG) Literary Award for drama. In the words of the jury, Pig Girl “forces us to relentlessly bear witness to a single night of horror that echoes the silenced ongoing violence against women.”

Tomorrow, the U of A’s Lee Playwright in Residence will accept her second GG for drama—her third nomination—at Rideau Hall in Ottawa, a thrill she said never gets old.

"It's more exciting this time, because the thing about this award is your peers decide. For me, and probably every playwright, your colleagues know the struggle you go through to write a play. If they choose to nominate you or to give you the award, it's hugely credible."

Murphy was nominated for the GG in 1999 for Beating Heart Cadaver and won for The December Man in 2007. She is also a film director, screenwriter and librettist.

Pig Girl came to Murphy after she heard about a judge’s decision not to pursue an additional 20 murder charges after Pickton was convicted on six counts of second-degree murder in 2007. Murphy was initially outraged, although she later recognized the wisdom of that decision, and that started the creative wheels turning.

"I write because I get moved or affected by something in the world,” she said. “Then I become obsessed and begin writing.”

Murphy knew her meditation on one of the most horrific serial murder cases in Canadian history had to be raw and unflinching. But she insists it was never her intention to deliberately and gratuitously shock her audience.

“I only try to write something as honestly as possible, and audiences can feel whatever they want,” she said. “Whether they get angry or sad or whatever, all of those responses are completely valid. Theatre is not about agreeing with everything on the stage. It can and should be challenging, and people should have different feelings about it. You can't write a nice play about this kind of stuff."

For the past two-and-a-half years, Murphy has been enjoying what she calls the “most amazing residency in Canada.” Housed in the U of A’s Faculty of Arts, the Lee Playwright in Residence spends three years on faculty, mostly consulting with students and members of the community, but is given the second year to write a commissioned play, which is then produced in the third year by the graduating class of the BFA in drama.

Murphy is currently revising her play, called Bright Burning, with the help of her student cast for a spring 2017 opening at the Timms Centre.

“It’s about a bunch of young addicts who break into a mansion to steal and pay a drug debt in order to get more drugs,” said Murphy. “But what they assume is a simple grab and run turns into something completely different within two hours." Without giving anything away, she said, it becomes an examination of meaning, protest, rage and disparity.

"Colleen loves to push boundaries and loves to go to the ugly side of drama,” said fourth-year BFA student Jaimi Reese. “She doesn't want things to be comfortable or easy.

“We've been very lucky to be able to workshop it with her; she's totally open-minded about things and isn't too precious about making changes"—even those suggested by the students, said Reese. “That can't be easy but she's so ready to kill her babies.”