Celebrating the life of Charlie Stelck

The Faculty of Science is sorry to hear of the passing of Charles Stelck, a founding father of geology research in Alberta. 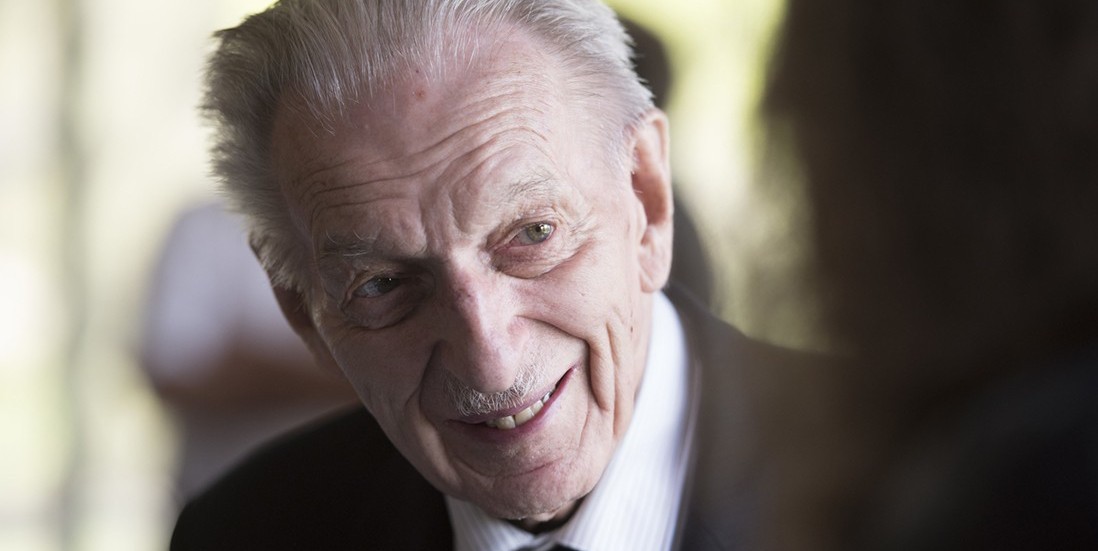 If the early energy industry in Alberta were attributable to a single person, Charles Stelck would invariably be a contender, given his status as one of Canada’s and Alberta’s most renowned geologists.

Stelck had a long career as a faculty member at the University of Alberta, beginning as one of only three professors in the British Empire teaching petroleum geology. Over the course of his tenure, he authored 111 refereed articles—the last at the age of 98—wrote dozens of works on the geology of Alberta and northeastern British Columbia, and supervised 44 MSc and nine PhD theses.

Says Dean of Science Jonathan Schaeffer, “Charlie Stelck is an integral part of the history of the Faculty of Science and the University of Alberta. He helped put us on the map as the best place in Canada to get an education in petroleum geology.”

Stelck’s early research had the romantic character of hardened adventuring in Canada’s most forbidding landscapes. In his pursuit of evidence to support his theory that coral reefs had once occurred in what is now the Arctic—which would mean that there might also be oil—he took a dog team out in the mountains of Norman Wells and found there had been a reef there.

The groundbreaking work Stelck began will continue to make an impact for decades to come through the C. R. Stelck Chair in Petroleum Geology, currently held by distinguished U of A professor George Pemberton.

“Charlie Stelck has dedicated himself to Alberta for the past 50 years—creating a legacy as a professional geologist, a highly accomplished researcher and an inspiring teacher,” says Pemberton. “Stelck has pioneered some of Alberta’s most important discoveries—from his early field work on the wartime Canol Project in the Norman Wells and Upper Peel River areas of the Northwest Territories to his discovery of the Fort St. John and Monkman Pass gas fields.” 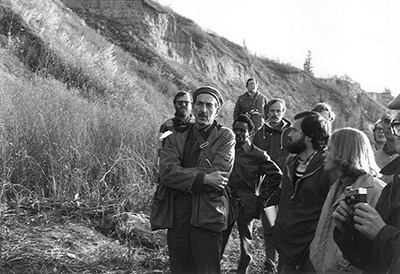 A founding father of geology research in Alberta, Stelck also taught as a professor for almost 35 years, guiding many of his students into iconic discoveries of their own. His pioneering fossil research in Western Canada led to his students’ discovery of Alberta’s massive oil reserves. Doug Layer, a former student of Stelck’s, was instrumental in the discovery of oil in Devon (Leduc No. 1) a half-century ago, sparking Alberta’s oil rush. Later, Stelck’s students Arne Nielsen and Tony Mason discovered the Pembina oilfield—the largest pool of oil found in Canada. Nielsen later went on to become president of Mobil Oil.

“[Stelck’s] graduates have carried the name of the department with them to both industry and academia, and the reputation of the department for producing excellent students owes much to the standards of teaching and mentoring established by Charlie,” says Robert Creaser, professor in the Department of Earth and Atmospheric Sciences. “The department's strength today is built upon this foundation of excellent teaching and research made by Charlie.”

After the discovery of Leduc no. 1, the Geological Survey of Canada discontinued identifying fossils outside of their own collections. Stelck and colleague P.S. Warren took up the torch, identifying more than 50,000 fossils each year for a decade and dating many of the most significant discoveries during this period. Most of this work was conducted free of charge.

“The contribution of Dr. Charles R. Stelck’s lifetime of research and teaching to the Department of Earth and Atmospheric Sciences is immeasurable,” adds Creaser. Stelck is recognized for his humanity, integrity, enthusiasm and accessibility to students. His enduring legacy is his inspired graduates.

His honours and awards for geology are numerous, including Petroleum Hall of Fame, AAPG Distinguished Educator, CSPG, APEGA, Engineers Canada, and the Geological Assocation of Canada. He was named a fellow of the Royal Society of Canada in 1960 and appointed as an officer of the Order of Canada in 1997. In 2008, the astronomer Andrew Lowe named Asteroid 187680 after Stelck.