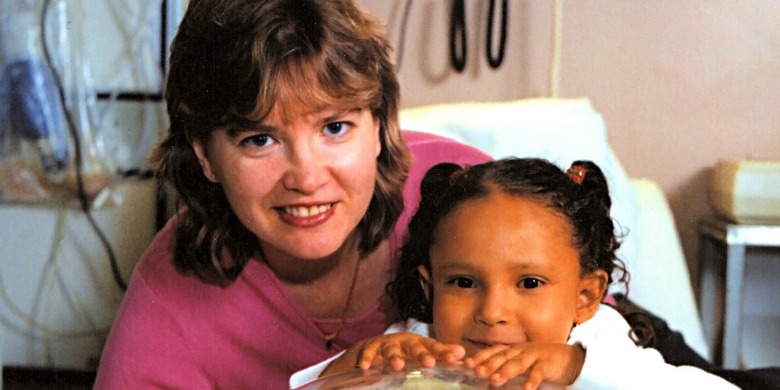 120717-dianamager-banner
UAlberta researcher Diana Mager found that children living with celiac disease in Alberta may be at risk for low bone density because of a lack of sun exposure and essential vitamins.

(Edmonton) Children living with celiac disease in Alberta may be at a higher risk for low bone-mineral density because of a lack of sun exposure and essential vitamins, new research reveals.

In a study by Diana Mager, a researcher with the U of A’s Faculty of Agricultural, Life and Environmental Sciences, 30 to 35 per cent of children diagnosed with celiac disease were found to have poor bone health due to a lack of vitamin D, vitamin K and calcium in their diets.

The shortage of vitamin D in particular comes from a lack of UV exposure from the sun—a lack worsened by the fact Canadians typically don’t get enough vitamin D in their diets through fortified dairy products like margarine, milk and some fatty fishes.

“The UV rays from the sun stimulate specific cells on our skin that synthesize the vitamin D in our body,” said Mager. “We get some from our diet, but the majority should come from the sun. Vitamin D in particular is very critical because we live in northern Alberta and there are only enough UV rays from the sun during the summer months. So we have a higher prevalence of suboptimal vitamin D status just because of the decreased sun exposure.”

Vitamin K levels were low in children as well, though they ingest more of it through small amounts of many different kinds of food, such as leafy vegetables.

Celiac disease is an autoimmune disease that causes damage to the small intestine in response to eating gluten, which is found in grains such as wheat, barley and rye. The disease affects about one in 100 Canadians.

Symptoms of celiac disease can include fatigue, discomfort while eating, diarrhea and constipation, though Mager notes that usually only about 40 to 50 per cent of undiagnosed children will actually show these symptoms. This can make it difficult to catch the disease early on, which means that children are more at risk of developing a low bone-mineral density at an earlier age, leading to poor bone health as adults.

“Children with celiac disease may appear to be growing well but they can still have very bad bone health,” explained Mager. “Understanding about bone health if you’re at risk or have this disease is particularly important in childhood, because about 50 per cent of our skeleton and bones are formed during this critical period of time.”

The treatment for celiac disease is to eat a gluten-free diet. It allows sufferers to absorb nutrients in the same way as children who don’t have the disease. By sticking to the lifelong diet and compensating with extra dairy products, people with celiac disease can eventually restore bone-mineral density levels.