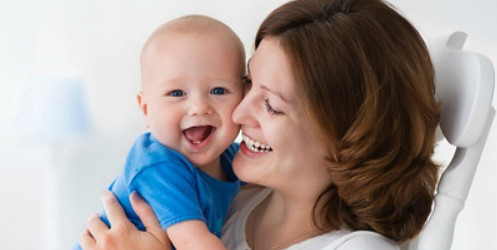 A new study suggests that a fat-soluble type of choline found mainly in egg yolks, beef and chicken promotes the development of a healthy immune system.

It's well known that lactating women and their babies need choline to maintain their immune systems, but a new University of Alberta study shows that the kind of choline they consume may be just as important as the amount.

Researchers in the Faculty of Agricultural, Life and Environmental Sciences found that a lipid-soluble form of choline—found mainly in egg yolks, beef and chicken—promotes greater maturation of the immune system in offspring of rodents.

“In early postnatal life, there’s rapid development of the immune system, so this is a really critical stage,” said Erin Lewis, a PhD candidate co-supervised by nutrition and metabolism experts Catherine Field and Rene Jacobs, in collaboration with analytical chemist Jonathan Curtis.

“The body’s liver produces choline in small amounts, so no one had previously shown that dietary choline was also required to support immune development,” she said.

Choline is a relatively new essential nutrient, only officially recognized by the U.S. Institute of Medicine in 1998, so its importance hasn’t been widely studied. But it is vital to many functions of the human body, from the structure of our cells to nerve transmission. Choline deficiency leads to fatty liver and muscle damage.

It is already known that North Americans consume less than the daily recommended levels—425 mg a day for women and 550 mg a day for men.

And even though pregnant and lactating women require more choline (450 mg and 550 mg a day respectively), a 2014 study from the Faculty of ALES showed that only 25 per cent of pregnant women met the daily recommendation. For lactating women, it was just 10 per cent.

Because the 2014 study also showed that moms were getting a mixture of various choline forms in their diet, Field and Lewis zeroed in on the most prevalent forms for more study. In particular, they looked at a form of choline called phosphatidylcholine (PC), found mainly in animal-based foods.

Animal foods such as eggs, beef, poultry and milk are the richest dietary sources of choline, and contain mostly fat-soluble forms. Choline in plant foods, such as soya beans, legumes and pulses, is generally the water-soluble form known as free choline.

The 2014 study had shown that for moms, about 50 per cent of their dietary choline was PC. So Lewis and Field compared rodents fed PC to those fed free choline, the form found in all rodent diets.

“We wanted to know if one could be better for the development of the immune system than the other. And we found really interesting results,” said Lewis.

At the end of the three-week study, equivalent to about the first year of life in humans, the rodent offspring grew at the same rate. But when their immune cells were stimulated to induce an immune response, the response in the PC-fed rats was greater, consistent with enhanced immune development.

For now, the message to consumers is to eat a wide variety of whole foods such as eggs and dairy products, said Lewis, just as Canada’s Food Guide has always recommended.

“Maybe we need to focus not just on total amount of choline. Maybe form is important.

“Interestingly, lean meat actually contains more choline than fatty meat, so it’s a good message that aligns with our current recommendations—you can still get lots of choline from meat but if you choose leaner meat, you’ll get more.”