U of A student’s fresh take on outdated pageant format seeks to turn girls into leaders. 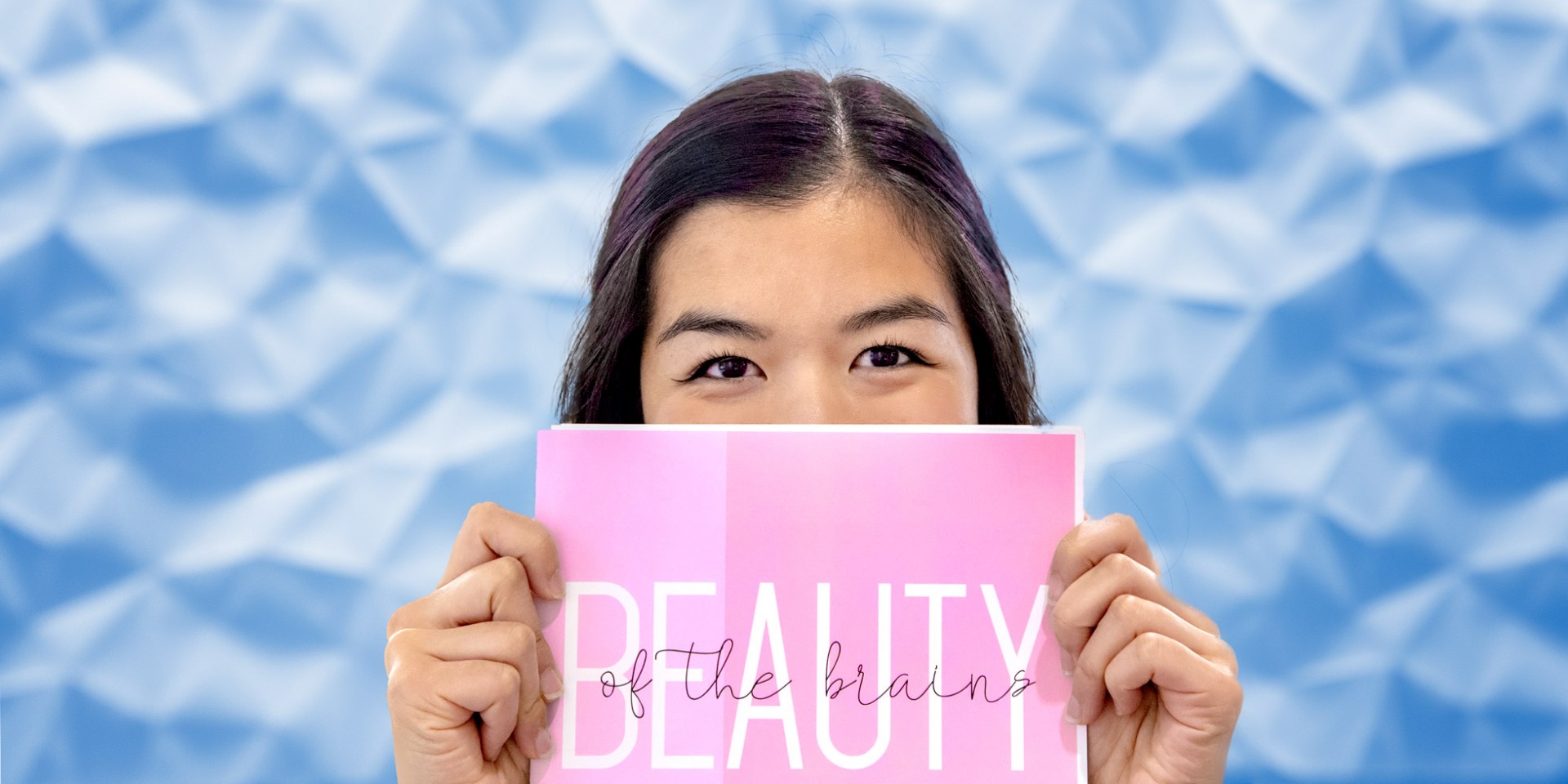 U of A science student Lan Truong created the Beauty of the Brains contest as a way to promote leadership skills in female junior high students. “I wanted to leave them with a sense of inspiration and empowerment for doing things in the future in their community.” (Photo: Richard Siemens)

When Lan Truong entered a local beauty pageant during high school, nothing about it felt right.

While the event was organized for charity—one Truong would rather not mention—the purpose of the contest for the girls themselves was never made clear. Points were awarded for spurious attributes such as social media popularity, the ability to pull in sponsorship dollars and, of course, their appearance.

“It wasn't a hopeful message and didn't really leave a positive lasting impression on me,” said Truong.

Now a fourth-year science student in science, and a second-year scholar in the University of Alberta’s Peter Lougheed Leadership College (PLLC), Truong made it her mission to turn the traditional beauty contest on its head, honouring something far more empowering for young women than how they look.

The result was Beauty of the Brains, a contest for female junior high students promoting leadership attributes that will allow them to grow into strong, independent women.

It is designed to resist “the negative environment of pageants and unrealistic expectations that society perpetuates on females,” said Truong, who came up with the pageant for her “stretch experience” project towards her certificate in interdisciplinary leadership studies.

“I learned so much from the leadership program that I thought, ‘Why not give these girls the opportunity to do that too’—to step outside their comfort zone early in their career and see what kind of positives come out of that.

“I wanted to leave them with a sense of inspiration and empowerment for doing things in the future in their community.”

The first Beauty of the Brains was held at St. Joseph’s Catholic High School earlier this month, hosting a group of students from the Jean Forest All Girls Leadership Academy at St. Basil School, in addition to girls from St. Joseph’s.

The full day of workshops highlighted practical skills such as managing your money, dressing for confidence and success, and gaining literacy in social media. Instructors were all local professionals, successful female leaders in their own right.

One session presented by the Alberta Mentoring Partnership called "United States of Self" explored “how we view ourselves, how others view us and how we can use our self-esteem and confidence to accomplish our goals.”

"It got the girls to think about self-image from a variety of perspectives, whether that's how you think of yourself, how your peers see you and even how society views you or wants to see you," said Truong.

There was even a workshop devoted to learning how to change a tire—a useful if somewhat underappreciated step toward self-reliance.

"I basically just learned that one this past summer,” said Truong, “and I still don't quite know how to do it.”

In the afternoon, the girls gave presentations on topics of their choice, which were adjudicated by Lois Harder, principal of PLLC; Roslyn Marcelo, assistant principal of St. Joseph’s; and recent U of A grad Claudia Wakulchyk. Presentations were scored according to qualities such as “original and interest-provoking,” “skill and preparedness,” “enthusiasm and engagement” and “timing of performance.”

"Transparency was something I wanted to make sure to include,” said Truong. “The girls knew what they were getting into and what they were being judged on."

Although many started the day a bit shy and hesitant, they were all excited by the end of the day, she said.

“I received so many questions about whether I would be hosting something like this again,” she said, adding that her plans are uncertain at this point as she is considering medical school.

Most agreed the day was a hit, and high time the conventional and outdated beauty pageant was put to pasture.

“Most beauty pageants are pressuring you to be pretty, or to be a certain way,” said Bianca Herrera, a Grade 9 student from St. Basil.

“This is about your talents and your skills. It doesn't just focus on the outside. It gives people a chance to prove that and change the way pageants are.”

Said St. Joseph’s assistant principal Roslyn Marcelo, “Some of the hardest years for young women are the school-age years, when they start to learn who they are and their beliefs and values are questioned.

“Instilling self-esteem and confidence early in young women will help them cope with these pressures."