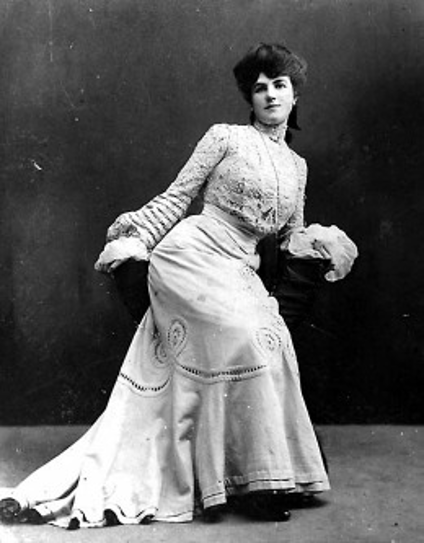 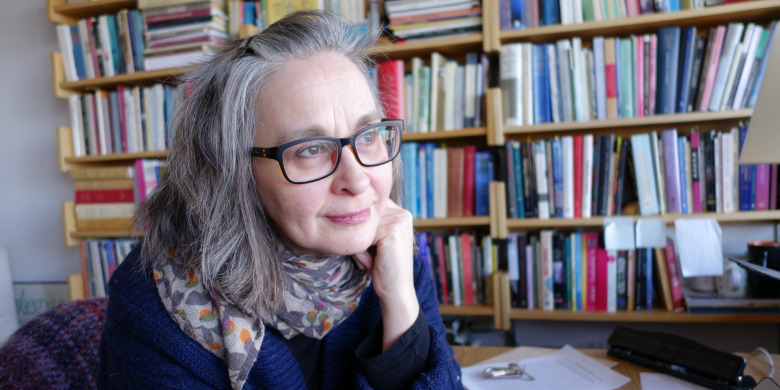 (Edmonton) For most Edmontonians, Klondike Kate is a kitschy mascot for one of the city’s oldest summer fairs, a figure that, since 1962, has helped bring the K-Days gold-rush theme to life.

When she left the Yukon to settle in Oregon, she set out to deliberately exploit her spicy Klondike celebrity, printing matchbooks embossed with her image and selling faux souvenirs from Dawson City. She even bought a car so she could ride in Klondike nostalgia parades—all to nurture an iconic image that would for a time stake its claim in North American popular culture.

What interests Devereux are the alternatives these dancers provided to educated, white, middle-class women of the British Empire, refusing to submit to the patriarchal demands and gender expectations of their time. Devereux’s project began when she noticed a pronounced dearth of writing by women in the archive—especially by those who moved across national borders—beyond the narrowly circumscribed boundaries of the conventional travel narrative.

“You really begin to wonder, where are the other people in this imperial scene, the people who aren't accounted for in that record?” she says. “So I started looking for them… sex workers travelling with military groups, or others not put into the record in the same way as other legitimate or respectable women.

"What I found is there are a lot of women moving around the empire in ways that are different from other women, producing an idea of femininity, especially white femininity, that isn't exactly the same as the more familiar middle-class traveller. They're travelling around without the kind of identity that gets put into a passport, and they're often working outside the law, and end up producing a different idea of the empire itself, or at least some different contours. And they make themselves into these kind of pseudonyms, into these icons."

Lola Montez, for example, was born Elisa Gilbert in Ireland but for most of her life travelled around in the guise of a Spanish dancer. And the Toronto-born Beulah Maude Durrant changed her name to Maud Allan, travelled around Europe and became famous for her Dance of the Seven Veils and her provocative version of Salomé, based on the controversial play by Oscar Wilde.

The lives of these dancers were by and large tragic, says Devereux, and many ended up destitute. Klondike Kate hooked up with a waiter, Alexander Pantages, in the Yukon, and with her own money helped him establish a vaudeville theatre circuit that would bring him enormous fame and wealth. But Pantages left Kate for another woman, and she was crushed.

And in a published article called “The Cult of the Clitoris,” Allan was accused by British MP Noel Pemberton Billing of being a lesbian German spy. Allan sued Billing for criminal libel, launching a hugely sensational trial, but in the end she lost after being further accused of the debased sexual acts evoked in Wilde’s play, including necrophilia.

Despite their sad circumstances, however, these women were far from mere victims, says Devereux. They made deliberate, subversive choices with their lives. While saddled with illness, poverty and opprobrium, they were at the same time “completely defiant.”

“They challenged the system at every level; they challenged empire as a structure, they challenged nation as a confining, restricting boundary and they challenged patriarchy in the taking of their own names and the way they move into the world as women, making very clear their knowledge of themselves as women.”

In the end, however, it isn’t so much a thesis Devereux aims to convey in her talks as a series of questions. The central query: "What happens in the Anglo-imperial context that makes it worthwhile for women to take their clothes off and dance?”

The Edmund Kemper Broadus Lectures are held every year in honour of the U of A’s first English professor, exploring current scholarship in literary, cultural and film studies.