Chancellor emeritus a ‘bright light’ for progress on campus

As an alumnus, university chancellor and honorary degree recipient, Ronald Dalby served his community with optimism and enthusiasm. 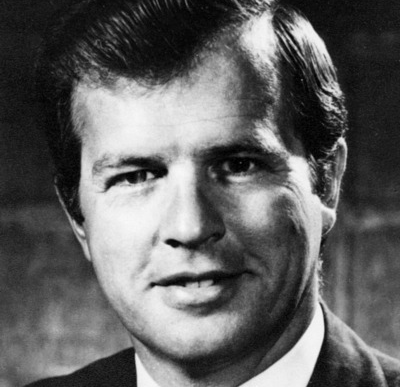 During his time as chancellor from 1974 to 1978, Dalby led the university senate through one of its most dynamic phases, helping address issues of a turbulent decade that were bringing change to society and to campus.

“He was a real bright light who brought to campus fresh ideas,” said Jean Forest, who followed Dalby by serving as chancellor from 1978 to 1982 and worked side by side with him in the senate. “He was open-minded and his enthusiasm brought a lot to the university.”

One of the most important senate initiatives under Dalby’s term was the Report on Academic Women in 1975, which drew attention to unequal hiring, promotion and pay practices of the day and led to gradual change.

“He was always very broad-minded and open to new ideas, very ‘with it,’” said Forest, who worked with him on the report.

Dalby was also very dedicated to the idea of quality education for students, Forest noted. “He was young enough in spirit that he had a really keen interest in what the university was doing for the students and what he hoped it would do for the students.”

The second senate-led project that occurred under his chancellorship was the establishment of a Task Force on Native Students, which ultimately recommended that a college or school of native studies be established at the U of A. The School of Native Studies opened on campus in 1986, and is now known as the Faculty of Native Studies, the only stand-alone faculty of its kind in Canada.

After graduating with a civil engineering degree from the U of A Faculty of Engineering in 1952, Dalby embarked on a long and distinguished career in the energy industry, working with various companies including Imperial Oil and then moving his expertise to the utilities field, working with Northwestern Utilities, Canadian Utilities and International Utilities. He went on to establish a consulting firm specializing in engineering and management in the energy field.

Dalby put his personal and professional passions to good use serving the community. He twice served as president of the Association of Professional Engineers, Geologists and Geophysicists of Alberta, in 1967-68 and 1973-74. He was made an honorary life member of the association in 1978. He also served as a director of the U of A-affiliated St. Stephen’s College and was a charter member of Edmonton’s Grace United Church.

In 1974, Dalby became the second chancellor to be elected by the senate and was installed by Alberta premier and fellow U of A alumnus Peter Lougheed.

Besides lending his time and leadership to the senate, Dalby and his wife, Elsie, also provided bursaries to the U of A in medicine/nursing and civil engineering.

For his outstanding service to the university, in 1978 Dalby was awarded the U of A’s Alumni Golden Jubilee Award, the alumni association’s highest honour. He was also awarded an honorary doctor of laws degree from the U of A in 1980.

Both Dalby and his wife were “gems” to the U of A community, Forest said. “Together they really livened up life at the university.”

Chancellor emeritus a ‘bright light’ for progress on campus
Newsroom