The value of identification and acknowledgement in the healing process for those who are left behind is massive. 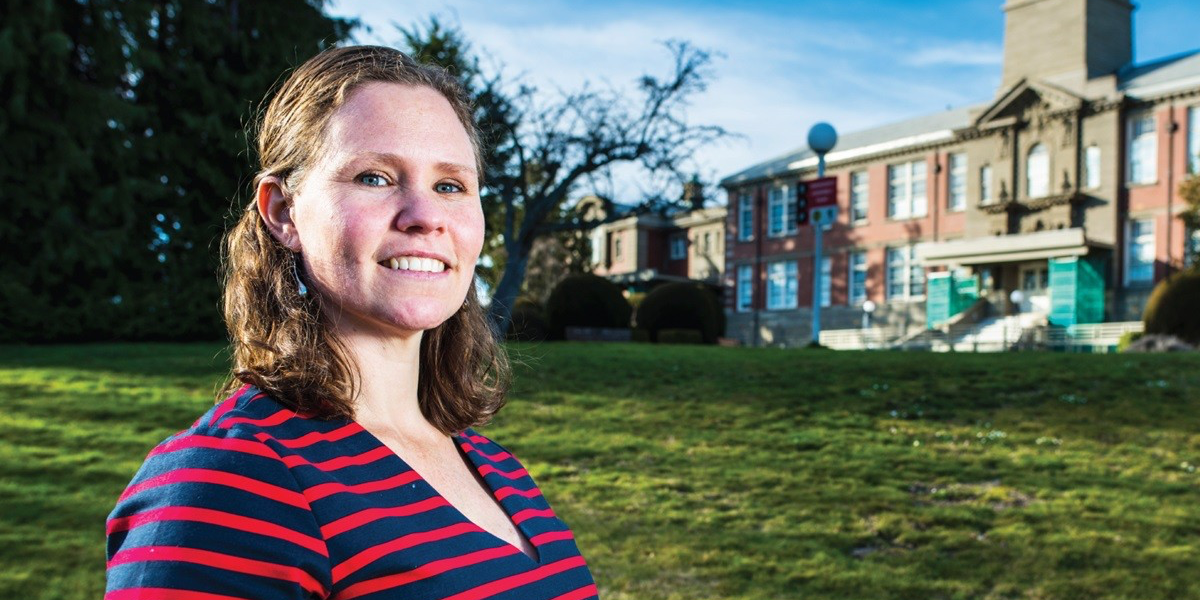 As a professor at Camosun College in Victoria, Katie Waterhouse, ’13 PhD, is training the next generation of investigators to help solve mysteries and honour lives lost.

There is one thing mass disasters tend to have in common, whether it’s hurricanes, plane crashes or war: the unanswered questions they leave in their wake.

Take, for instance, the largely unseen humanitarian crisis that has slowly been unfolding along the United States-Mexico border since the mid-1990s. Hundreds of bodies of undocumented immigrants are found each year, often without identification. Many of them are buried without proper analyses or collection of DNA samples because of of a lack of resources, leaving loved ones back home in limbo.

Since 2013 forensic anthropologists from Operation Identification have been exhuming and analyzing remains to identify and repatriate the bodies of these migrants.

Every semester, Kathryn (Katie) Waterhouse, ’13 PhD—an anthropology professor at Camosun College in Victoria—goes over this case study to show her students how forensic anthropology fulfils a societal need. Yes, forensic anthropologists use skeletal analysis and archeological techniques to contribute to death investigations. But they also, just as importantly, help families find closure.

“The value of identification and acknowledgement in the healing process for those who are left behind is massive,” said Waterhouse. “Most people aren’t going to encounter forensic anthropology in their day-to-day life, but when something happens and they need to know, it could be helpful for them.”

Waterhouse came to Canada from England to study at the University of Alberta under renowned forensic anthropologist Owen Beattie, completing her PhD in 2013. Thanks in part to the Gerald Ferro Memorial Scholarship in Anthropology, she was able to pursue her experimental forensic research on burnt bones, a growing area of research in North America. The endowed scholarship helped her conduct a series of “burn days” at the U of A farm, using the legs of dead pigs to determine the effects of fire on bone.

The scholarship, established by Roy Marokus, is one of the only Canadian scholarships offered specifically for studies in forensic anthropology. It is named in honour of Marokus’ old friend, Gerald Ferro, an Arizona lawyer who was shot to death in 1983. Setting up the scholarship was a way for Marokus to honour his friend’s life and come to terms with his death. It’s appropriate, then, that one of the students he helped through the scholarship has gone on to help others find closure as well.

Waterhouse currently teaches anthropology courses for first- and second-year students, many of whom will end up working in law enforcement, mortuary science or other applied fields. She hopes to pass along to these students her belief that the role of forensic anthropology is not just to serve the legal system, but also to help facilitate the grieving process.

—With files from Christie Hutchinson and Erica Viegas

Supported by caring donors, many more University of Alberta students have the opportunity to achieve their potential and then go on to uplift our communities. During the week of Feb. 27, we are sharing stories of how, by investing in UAlberta, donors change lives. Find out more at uab.ca/thanks