Changing the landscape of treatment for chronic diseases 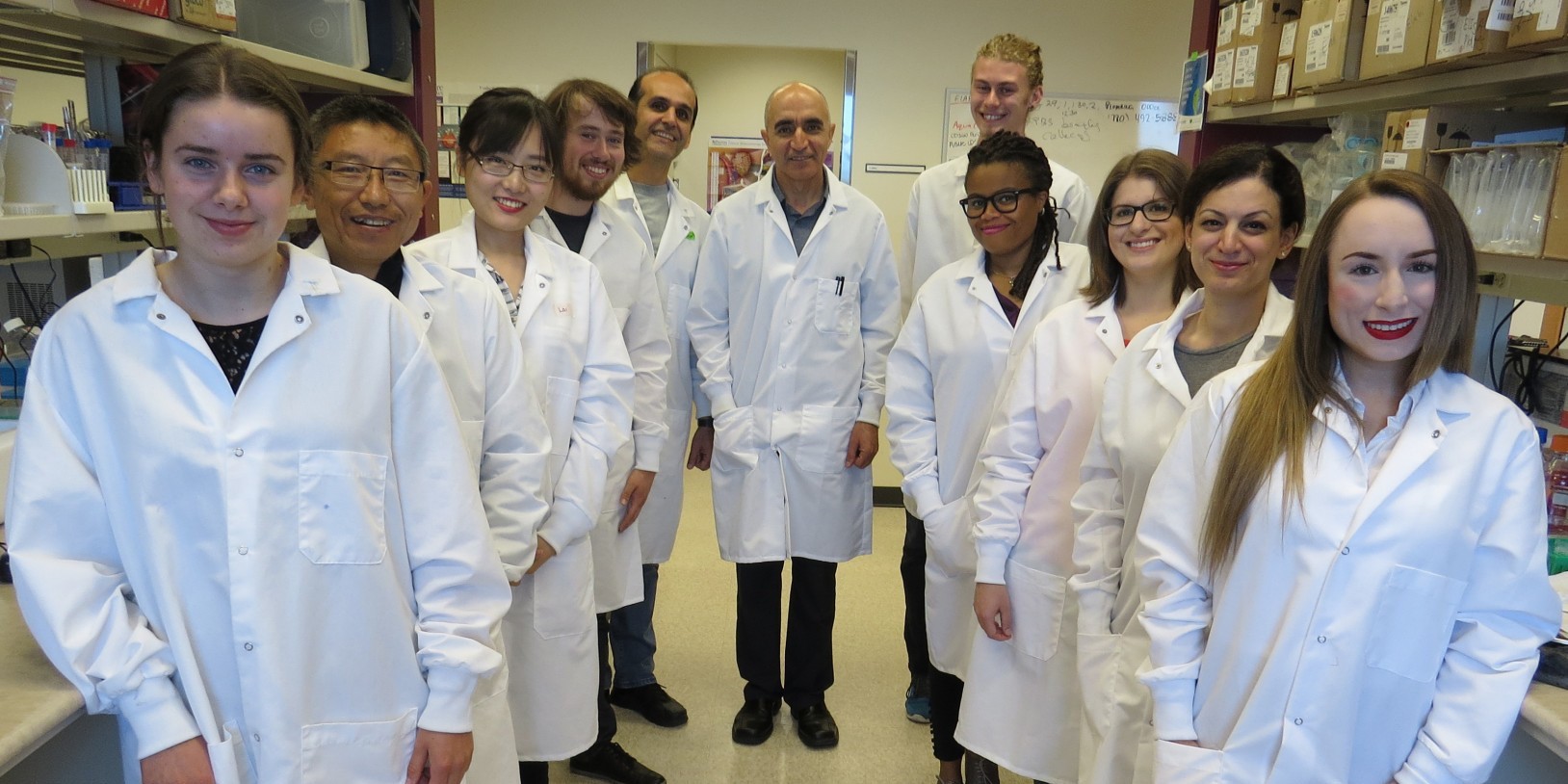 Shokrollah Elahi (back middle) and his research team.

Shokrollah Elahi from the University of Alberta’s Faculty of Medicine & Dentistry wants to change the landscape of how chronic diseases like HIV, HCV and cancer are treated. And with help from new funding by the Canadian Institutes of Health Research (CIHR), his groundbreaking research has the potential to do it.

This is often associated with deteriorating function in the killer T cells, a state called “exhaustion.” These cells become dysfunctional and unable to eliminate infected cells and tumour cells in the course of chronic infections and cancer.

“Our goal with the research is to better understand the underlying mechanism of avoiding immune exhaustion in this rare group of HIV-infected individuals in order to prevent or reverse the immune exhaustion and allow the immune system to fight the chronic infections and cancer,” says Elahi, principal investigator and professor at the faculty. “We need to better understand the mechanism leading to killer T cells exhaustion and how this can be prevented.”

His group discovered that certain killer T cells are genetically different in HIV controllers. Therefore, the killer T cells continue to function at a high level and destroy HIV-infected cells to ensure that the virus cannot reproduce to the extent that is associated with HIV progression. His team is building on these observations to investigate the complex series of signalling events between components of the human immune system that maintain killer T cells fully functional. This knowledge will be essential for developing novel immunotherapy methods targeting killer T cells.

Elahi says that if they can change the behaviour of the killer T cells and jump-start the immune system to fight the virus or tumour, then they are making great progress.

With $1.1 million in Foundation Grant funding from CIHR, Elahi’s group will perform a wide range of experiments to understand how T killer cells become dysfunctional in HIV, HCV and cancer and how this exhaustion can be prevented or reversed to develop new immunotherapy drugs.

“We hope to identify and develop innovative and non-traditional immune-based therapies to allow killer T cells to stay protective and kill infected cells and cancer cells.”

Elahi’s team was among six research groups at the U of A to receive more than $13 million in Foundation Grants from the Canadian Institutes of Health Research (CIHR):

Changing the landscape of treatment for chronic diseases