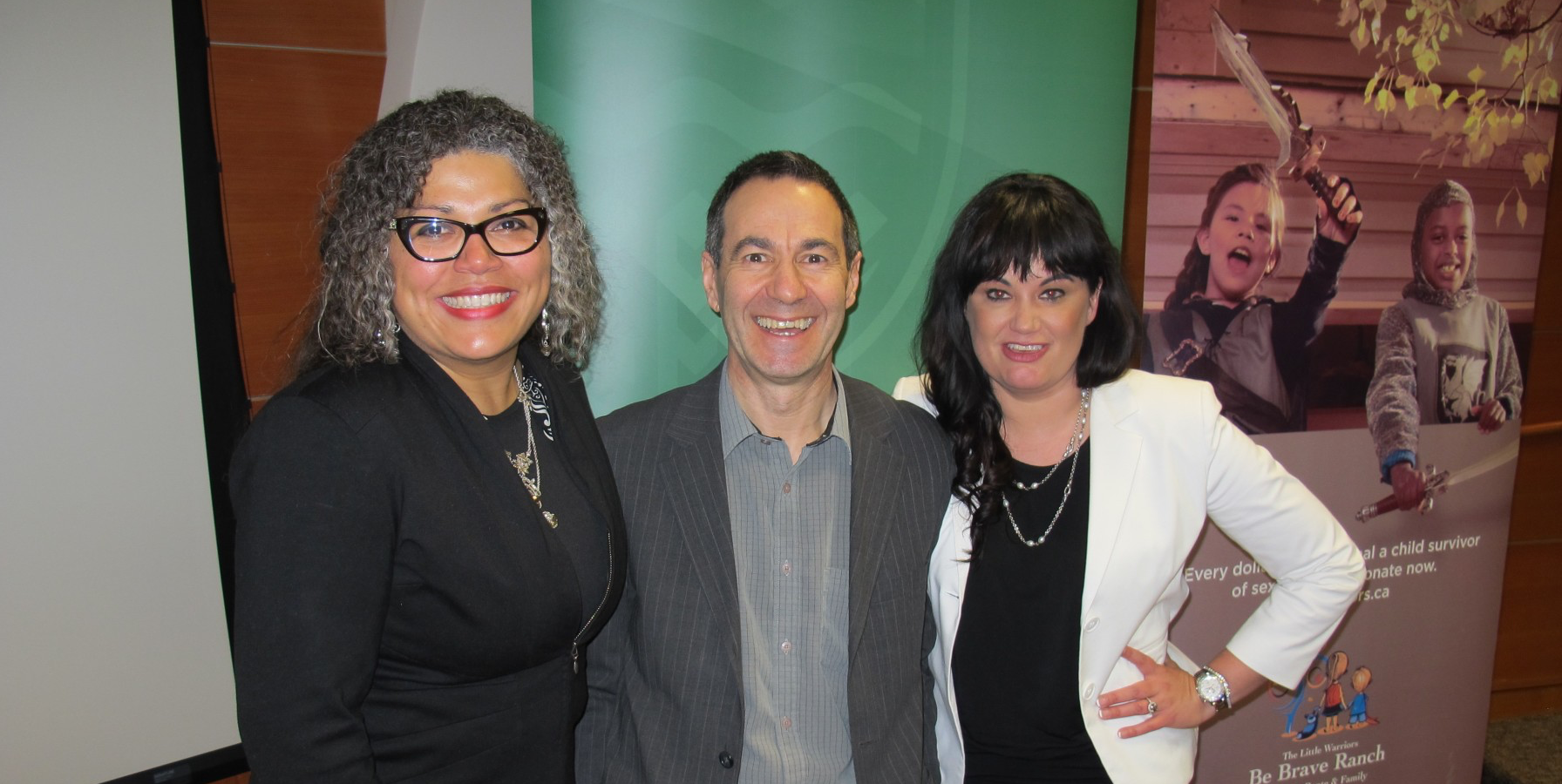 By ALISON DOTINGA and ROSS NEITZ

It is a burden none should bear, let alone society’s most vulnerable and innocent. Child sexual abuse is both heartbreaking and life-changing for the young victims and their families. Sadly, in North America it has touched millions of lives, often leading to negative lifelong consequences. While the actions can never be taken back, new research from the Faculty of Medicine & Dentistry’s Department of Psychiatry is now showing a better path to recovery for the young survivors.

A clinical trial performed at the Little Warriors Be Brave Ranch has confirmed that a four-week intervention program significantly reduces the psychological impacts of child sexual abuse. The facility is the first of its kind to offer intensive, dedicated and multi-modal treatment to child sexual abuse survivors aged 8 to 12. The clinical trial evaluated the new treatment model, which provides child survivors with the unique opportunity to access individual and group therapies in a residential environment, alongside peers who have experienced similar trauma.

Results published in the Journal of Child and Adolescent Behaviour confirm the program’s success, measuring a highly significant reduction in symptoms. This includes a 25 per cent reduction in child post-traumatic stress disorder (PTSD) scores, a reduction in the number of children experiencing PTSD (14 children, down from 26) and a significant reduction in depression and anxiety. Forecasts also suggest reduced mental health-related issues and enriched outcomes for these children in the future, potentially improving societal and economic outcomes.

"People who have experienced child sexual abuse have much higher rates of problems that affect both their psychological and physical health for many years," explains Peter Silverstone, professor of psychiatry and lead author of the paper. "If you look at the people who subsequently end up on the street or homeless, large numbers of them suffered abuse—physical, sexual and emotional—as children."

"For the past 20 to 30 years, the primary method has been intermittent treatment. A therapist will meet with a survivor every week or every two weeks—and the fact of the matter is that has been shown to not be the most effective. This study represents a paradigm shift in the way that we suggest children survivors should be treated. This comprehensive approach is making a difference. We are changing the trajectory of children's lives."

The programming at Be Brave Ranch was commissioned by Little Warriors prior to its construction, and developed under Silverstone and Jacqui Linder, an expert traumatologist at City University of Seattle. The purpose-built facility—funded through personal and corporate donations—opened in the fall of 2014 at a location east of Edmonton, welcoming child survivors to its 120-acre setting for an initial four-week stay. Once there, children participate in 40 hours of therapy along with other therapeutic activities including structured play, physical exercise, animal interactions, arts and crafts, and music. All operating costs are funded entirely by donations.

Glori Meldrum, founder and chair of the Little Warriors Foundation, sees the impact the Be Brave Ranch has had on the children.

"The biggest thing you notice about a kid that first comes to the ranch is the void look in their eyes," Meldrum says. "But after five days, I can see the life and light coming back into them. People always ask me what the kids say and for the most part, the kids can't believe how many people came together to make the program—the whole experience—happen for them. They never knew they were loved by so many people."

Meldrum is a survivor of child sexual abuse herself, and as a child the only type of therapy available to her was talk therapy—simply because there were no other options. "The program that we have at the Be Brave Ranch, it's the first of its kind," she says. "Initially we faced a lot of criticism about the intensive environment, the kids having to stay there, and if it was all needed. Our clinical trial results confirm everything we have worked for, and we are excited to continue helping children grow into happy, healthy adults.”

Silverstone has high hopes for future studies that replicate the model of the Be Brave Ranch. He wants to see the results for groups of older children, particularly 12- to 16-year-olds, but expects the results would be much the same.

"Short, intense, multi-focal programs work,” says Silverstone. “The impact we've seen in just four weeks proves it. And if you look at the relative cost of a four-week program compared to the cost of long-term treatment, I hope that governments recognize you can make a profound difference in a child's life through this intervention."

Meldrum agrees and is eager to share the news of the program's success. She also can’t help but want to do more.

"We're under-utilizing the Ranch," Meldrum says. "We can take 60 kids per month easily, and right now we have 10. There's still 100 acres of the Be Brave Ranch that we haven't used yet. So we have a lot of capacity, and we want to use it.

"We want to be a centre for excellence and innovation. So when we're seeing a big demand to help kids between 12 and 16 years old, we want to modify our program so we can treat those kids too and give them the same outcome. Our goal is to heal as many kids from child sexual abuse as possible."