Discovery by U of A researchers may lead to better bait traps that attract more of the forest pests. 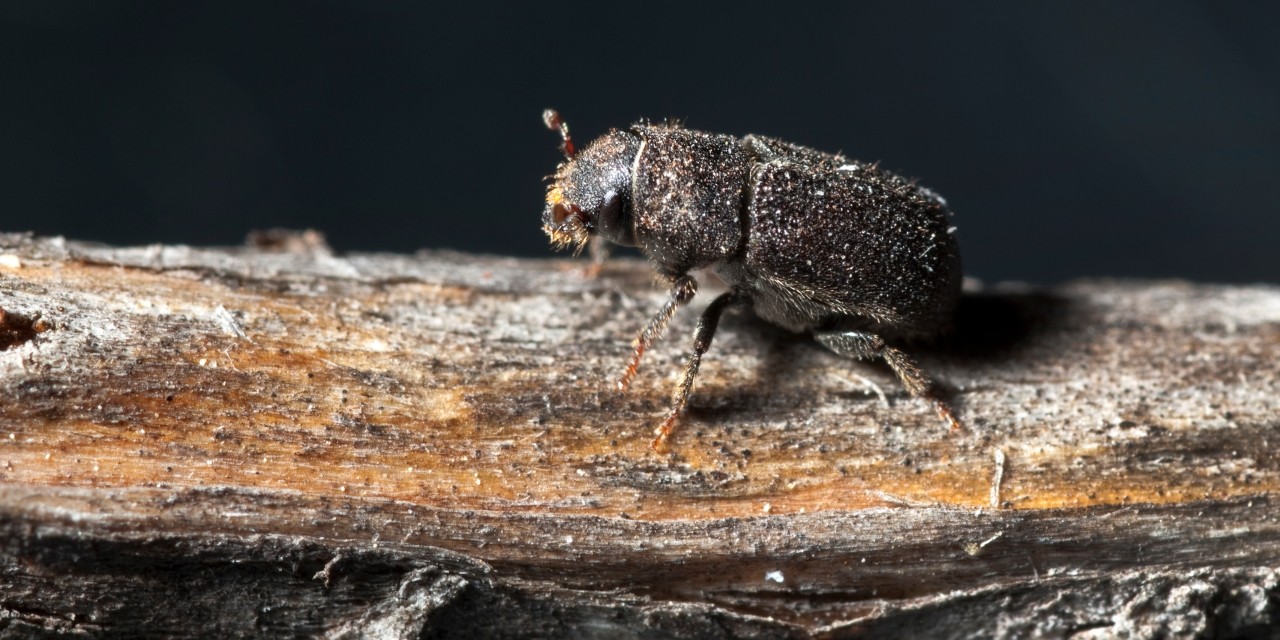 Newly identified chemicals in a fungus carried by mountain pine beetles could be used to develop better baits to trap the voracious forest pests, according to a U of A researcher. (Photo: Getty Images)

University of Alberta research has discovered new chemicals carried by fungi in the mountain pine beetle that could be used to build better traps in the battle against the ravaging forest pest.

The Grosmannia fungi associated with the insect emit several chemical odours that have proven attractive to other types of bark beetles, according to a new study led by post-doctoral fellow Jonathan Cale.

The hope is that those chemicals can also be used against the mountain pine beetle, which has attacked millions of hectares of Western Canada’s pine forest.

The discovery “opens up a whole range of possible attractants that could be used to improve baits being used to manage the beetle,” Cale said.

The insect, which uses mass attacks to kill lodgepole and jack pine trees, is difficult to control, so traps with attractive chemical baits have become important tools to manage the pest.

The new chemicals discovered from Grosmannia fungi have exciting potential to draw larger numbers of the beetle, noted Cale.

Chemical signals are used by the insect to either summon or repel other beetles in swarming a tree as a food source, so baiting a trap using those chemicals allows forest managers to attract beetles, measure their numbers and ultimately kill them.

Better baits could, for example, improve detection of the beetle in new forest environments.

“We would know better where to focus our management efforts and resources,” Cale said. “We need to know where the beetle is and how many are there, before we can implement moredirect control strategies like responsive timber harvesting.”

The chemicals from Grosmannia fungi will be tested in the field to see whether they improve the attractiveness of commercially made baits.

“The existing chemical baits used in traps do function, but if these can be improved, it could make a significant difference in our ability to manage the beetle,” Cale said.