New interest in Chernobyl prompts U of A historian to reflect on 1986 nuclear disaster. 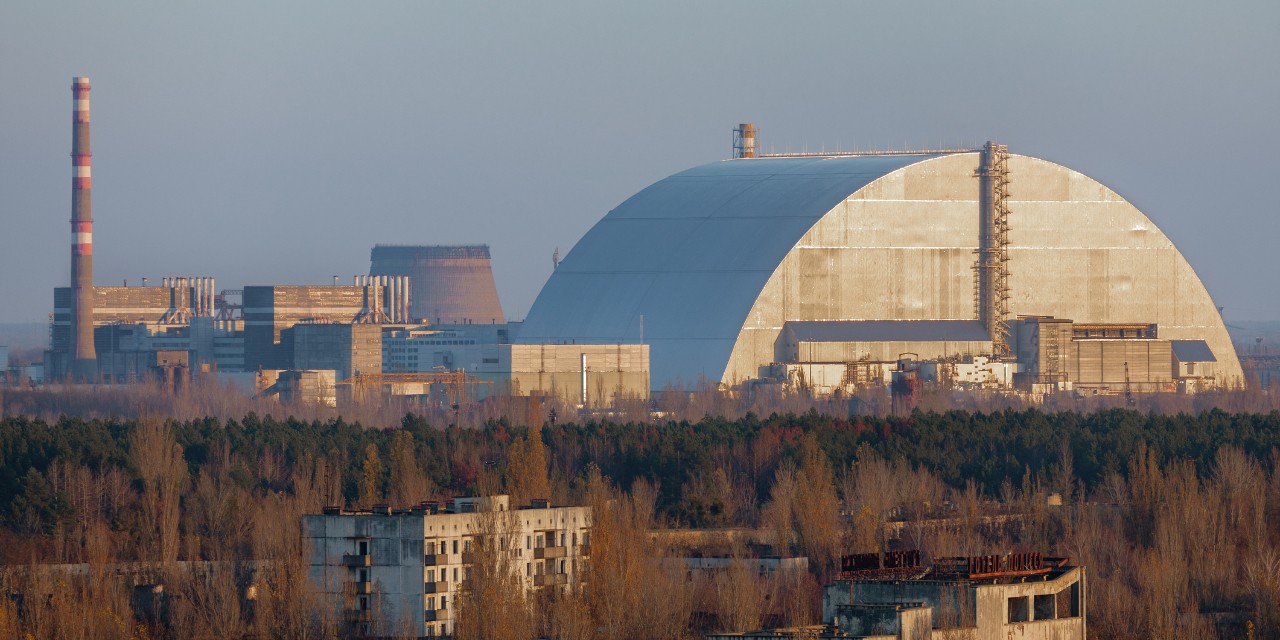 The Chernobyl nuclear power plant in 2019, showing the massive domed structure called the "sarcophagus" that was built over the exploded No. 4 reactor to seal in radioactive waste for 100 years. (Photo: Getty Images)

It’s synonymous with nuclear disaster. It’s inspiring new scrutiny from historians. And it’s the subject of an award-winning HBO miniseries.

When Chernobyl first made global headlines in April 1986, reporters trying to make sense of the accident looked to a young University of Alberta researcher.

“Every single major news outlet was phoning up Edmonton,” said David Marples, a U of A historian who revisits Chernobyl’s legacy in a memoir essay in Hiroshima-75, a new book he co-edited with his wife and colleague, Aya Fujiwara. “I was probably the only academic in North America who knew much about the nuclear plant and its background.”

The explosion in the No. 4 reactor happened just after Marples had returned to Edmonton from Germany to become a research associate at the U of A’s Canadian Institute of Ukrainian Studies.

Media interest came his way thanks to a U.S. State Department contact, who tipped off reporters that Marples had spent two years scrutinizing Chernobyl and Ukraine’s energy sector for Munich-based Radio Free Europe and Radio Liberty. Marples had been closely watching Russian-designed reactors pop up to power many areas in eastern Europe and the U.S.S.R.

In the week that followed, Marples kept up a frenetic pace, with press conferences in New York and Montreal and a White House briefing.

“I couldn’t find out new information because I was on the phone all day, every day,” said Marples, who went on to add a chapter on Chernobyl to his first book, which he hurried to finish six weeks later.

The inquiries have slowed over the past 34 years, yet the U of A professor continues to reflect on Chernobyl, which has become timely once again.

Two days after the explosion on April 26, 1986, radiation alarms went off in Sweden. A trickle of information would eventually become a torrent that undermined the entire Soviet Union.

“You cannot keep radiation quiet,” Marples said. “Communication couldn’t take place within the Soviet Union, but could take place once the borders were crossed.”

The Soviets initially denied everything, then conceded an accident had killed two people (later updated to 31). Despite their efforts at damage control, it soon became clear the disaster was far worse than initially claimed, fuelling speculation and widespread terror. Officials expanded a 10-kilometre evacuation zone to 30 kilometres. Military reservists were rotated in to undertake massive remediation efforts near the site.

Marples said the accident meant people had to reinvent their lives under the stigma that they were contaminated. Villagers remained afraid to eat anything. In marketplaces in Kyiv and Minsk, vendors tried hawking “radiation-free” potatoes. In an absence of information, people attributed everything to increased radiation. Marples pointed to the deleterious health effects of increased anxiety and poor diet, along with increased smoking and drinking to compensate.

“It was a very hard life for people who were moved,” Marples said. “The state tried to help but they were simply overloaded.”

Marples completed a second book while trying to get clearance to visit Chernobyl. His study chronicled the social impact of the disaster, relying heavily on media accounts within the region. When he finally received clearance for a visit a year later in 1989, he toured the Chernobyl nuclear plant, still partially operating despite the fact that one reactor was now entombed in a concrete sarcophagus.

He dined on pork chops and potatoes in the cafeteria. Workers smoked outside on the grass, oblivious to the “Danger! Radiation!” signs everywhere and radiation levels up to 100 times the norm. At nearby Prypiat, he was shown pine tree shoots that had been taken from the forest near the reactor, which grew three times faster than other trees.

In 1989, newspapers in the Soviet Union printed maps that showed 155,000 square kilometres—40 per cent of Belarus and 14 per cent of Ukraine—had been contaminated. The news led to panic, anger and protest movements against Moscow’s highly centralized bureaucracy, which sped up the collapse of the Soviet Union two years later, after Ukrainians voted for independence.

“Probably the biggest impact of Chernobyl was that it more or less killed off the Soviet system, catalyzing all the movements that developed afterwards,” Marples said. “I think in that way, it’s had a lasting effect.”

Despite some quibbles, he found it deeply affecting. He’d heard from his contacts that the show brought the dread of the disaster back, provoking severe emotional reactions.

The HBO miniseries Chernobyl has generated new interest in the 1986 nuclear disaster and the circumstances that caused it.

There’s attention to cultural history, Marples said, including dialogue and dress. But the series also relies on ample poetic licence, including the creation of an unlikely fictional nuclear physicist from the non-existent Minsk Radiation Institute. Armed with potassium iodide tablets and preternatural instincts, the character Ulana Khomyuk seems to possess a backstage pass for the entire disaster, Marples said.

The story also amplifies the role of Valery Legasov, a real-life scientist who investigated the disaster and whose suicide in April 1988 frames the series.

Marples agreed with critics that the series veers towards disaster-movie tropes, rather than showing a distant bureaucratic system that was often painfully human. He noted it was Politburo figures who extended the evacuation zone and likely saved lives.

While Chernobyl remains synonymous with disaster, Marples said the accident didn’t stop the development of nuclear power in the region. In Ukraine today, Russian-designed nuclear power provides 60 per cent of the energy—a crucial part of the country’s independence. Russia, meanwhile, is once again exporting nuclear power technology to Belarus, the state most deeply affected by the disaster.

Marples sees Chernobyl as a unique combination of technological and human failure at a time when the Soviet Union was a military superpower that was also poverty-stricken. Waste and decommissioned reactors remain problems today. But Marples believes that improved design and safety standards make the story not one of good versus evil, but of humans striving for a better livelihood that comes with ample energy.

“Thirty years ago, I thought nuclear power was an absolute disaster in every respect,” Marples said. “I am not a fan, but I don’t think so much that way anymore.”