While Pink Shirt Day raises awareness, interventions at school can stop the cycle. 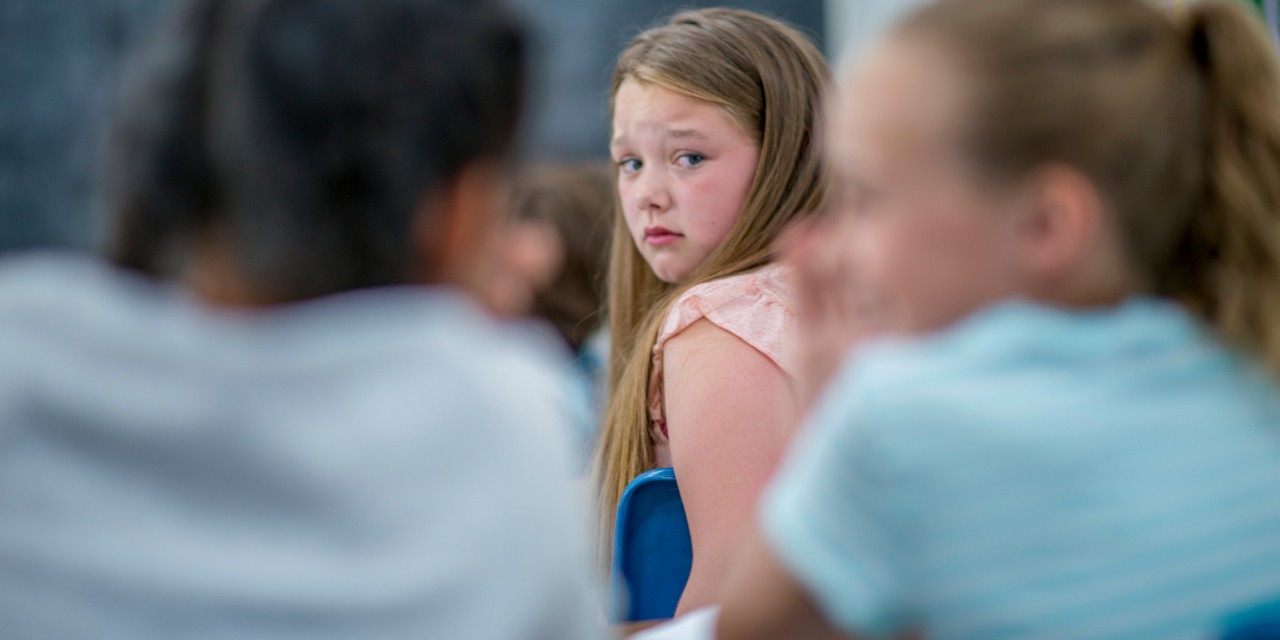 Children who are bullied are almost 40 per cent more likely to be diagnosed with mental health issues like depression and anxiety by the time they're teenagers, according to a new study. (Photo: Getty Images)

Bullied children are nearly 40 per cent more likely to be diagnosed with mental health issues as teenagers than those who were not involved with bullying, according to research from the University of Alberta and Dalhousie University.

“Bullying is an important public health problem,” said Paul Veugelers, professor and director of the Population Health Intervention Research Unit in the U of A’s School of Public Health.

“Victims of bullying are more likely to run into all kinds of problems, in terms of low self-esteem, poor school performance and mental health issues later in life.”

The students’ survey results were linked directly to their medical health records and they were followed for seven years. Those who had reported being a victim of bullying in Grade 5 were 38 per cent more likely to be diagnosed by a doctor with an internalizing mental health disorder such as anxiety or depression during the followup years. Female victims were more likely than male victims to receive mental health services.

The data were adjusted to take into account other variables such as mental health symptoms prior to the survey, and socio-economic, marital and educational status of the children’s parents.

“It’s all taken out of the equation, so that 38 per cent is fully attributable to the fact that they had been bullied,” Veugelers said.

Veugelers noted that Anti-Bullying Day, known as Pink Shirt Day and held on the final Wednesday of February in Canada, helps raise awareness of bullying and measures that can be taken to stop it.

“Sadly, the attention that is given to this issue is mostly driven by dramatic events that hit the media, like self-harm and suicide,” Veugelers said. “With that media attention one only sees the tip of the iceberg. This study gives you a broader picture of what is actually going on.”

Veugelers started A Project Promoting healthy Living for Everyone in Schools (APPLE Schools) in 2007 to test whether interventions in schools could change children’s lifelong health behaviour.

“We focus on schools because that's where it’s happening—that’s where kids are together and where they are spending the majority of their waking hours,” he said.

“The initial focus was to promote healthy eating and active living, but it wasn’t long before we added mental health,” he said. “And it’s been successful. It is much more effective if you combine interventions.”

Jenn Flynn, executive director of APPLE Schools—now a registered charitable foundation that works with more than 20,000 students in 74 schools across British Columbia, Alberta, the Northwest Territories and Manitoba—said school staff define bullying as the intentional, repeated use of power over another person in a detrimental way.

“We try to educate students, parents, teachers, administrators and other staff on what they can do to create safe places where that type of behaviour is prevented,” Flynn said. “Or if it does happen, it’s identified and people are comfortable bringing it forward so it doesn’t perpetuate.”

She said each APPLE school defines how to make that happen. For example, in some schools teachers carry out a “fish out of water” exercise, tracking which students have no connections to adult staff outside the classroom and making sure someone reaches out to them.

Other schools teach playground leaders co-operative games and train the kids on how to approach others to join in. Some schools have “buddy benches,” where kids who feel left out or need someone to talk to can sit as a way of asking for help.

“It’s great to have a buddy bench,” said Flynn, “but what's most important is to have people trained to understand when somebody is sitting on a buddy bench, how you can approach them in a responsible and fun way to see what they would like to do.”

Flynn said research shows that children in APPLE schools are more optimistic about the future and get better grades—and they take their healthier habits home with them.

“The reality is that schools really do shape our lives for the long term, so the healthy habits that we can learn at an early age really will carry on our whole lives,” she said.

Veugelers noted that approximately 60 to 75 per cent of adult mental health issues have their origins in childhood events such as bullying.

Veugelers will wear a pink shirt given to him by his 16-year-old daughter on this year’s Pink Shirt Day, a movement that started in a Nova Scotia school when a student was bullied for wearing a pink shirt.

“His brave peers said, ‘OK, tomorrow we are all going to wear pink shirts,’” Veugelers said.

“Kids are mobilizing and standing up.”

The research was funded by the Canadian Population Health Initiative and Alberta Innovates.