China and Africa come together in Canada 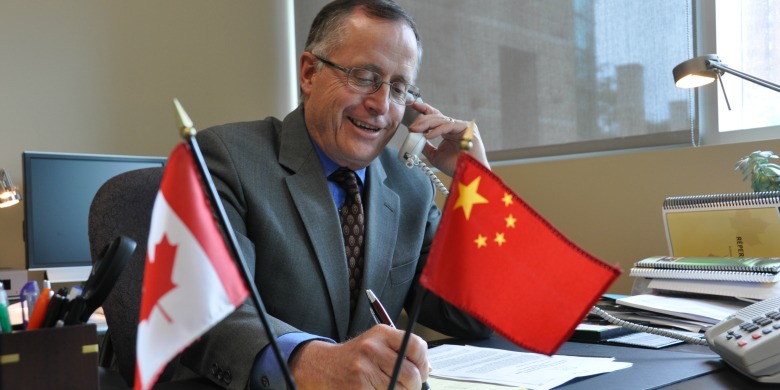 (Edmonton) The University of Alberta, along with the Government of Canada and the International Development Research Centre (IDRC), brought officials from China and the African continent together in Canada to find ways of addressing developing issues resulting from China’s increasing involvement in the continent.

Having government representatives from both China and Africa in a third country is rare, says Gordon Houlden, director of the U of A’s China Institute. “It’s certainly the only case that this has occurred in Canada,” said Houlden. “The global significance of China in Africa behooves us to pay attention. It’s a recognition that the academy can work with government and bring in a more focused and more substantive attention to some of the issues.”

The meeting, recently held at IDRC’s headquarters in Ottawa, brought top-ranking officials including Ambassador Zhong Jianhua, special representative for African affairs with the Chinese government; former U.S. ambassador David Shinn; Colonel Li Daozhong, senior military attaché with the Embassy of the People’s Republic of China in Canada; and Obijiofor Aginam, senior academic programme officer with the Institute for Sustainability and Peace at United Nations University, along with several officials from the Canadian government, and academics and business leaders.

Their task during the two-day meeting, China and Canada in Africa: Interests, Strategies and African Perspectives, was to address questions about humanitarian issues, peace, transparency and accountability, and economic links between Africa and Canada, and Africa and China, with consideration to ongoing developments in the continent.

“Africa is being profoundly influenced by China,” Houlden notes. “If we want to understand Africa, we have to understand the Chinese role.”

For example, China’s increasing involvement in the continent has provoked comments from several quarters—and in some instances, has caused tension between some western governments and China. “People in the West are very critical of China’s role in Africa. People in Africa are a bit less so,” said Houlden. “There’s no debate on whether China is important to Africa. One of the criticisms of China in Africa is the lack of attention to corporate social responsibility.”

These are issues that Houlden says the China Institute is well positioned to mitigate between governments and businesses—and was part of the reason the Chinese government welcomed the idea to have such discussions in a third country.

“Canada and the U of A are seen as viable interlocutors, someone who’s trustworthy. The academic nature of a university such as ours inspires confidence—in other words, we’re there in a neutral fashion. We don’t have a fixed position on these issues,” Houlden said.

“Also, China is becoming more sophisticated in its own strategy for a global approach to communication. China comes in for a lot of criticism; China now wants to get its own message out by being present. Rather than leave the stage to the critics, China can now come and put itself in a position to answer the critics.”

The China Institute, since its establishment at the U of A just seven years ago, has been instrumental in helping the federal and provincial governments work with China. Chinese ambassador Zhang Junsai recently noted that the institute is playing a pivotal role in forging stronger Canada-China relations.

The institute will publish a book on the deliberations at the meeting, which saw contributions from several U of A political science researchers including W. Andy Knight and Malinda Smith. The meeting was co-sponsored by Foreign Affairs and International Trade Canada and IDRC.

China and Africa come together in Canada
Newsroom