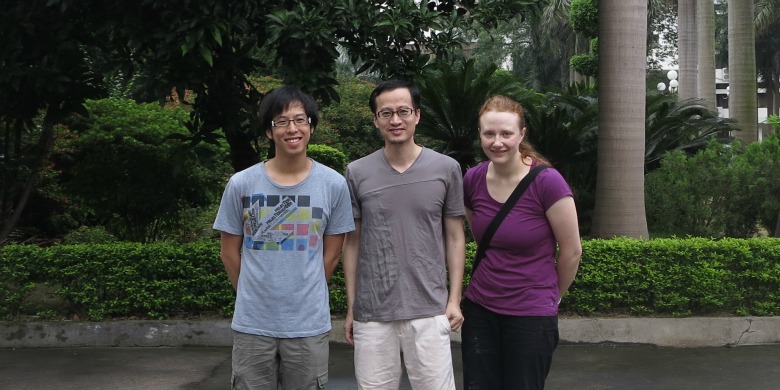 (Edmonton) When patients in China need help for general medical concerns, they often turn to practitioners of traditional Chinese medicine for assistance. The specialty of family medicine doesn’t exist, and without family doctors, there is no such thing as a specialist referral. If patients feel they need to see a specialist they go to the hospital.

Those are some of the differences in health care noted by one of two University of Alberta medical students who recently returned from a four-week medical elective course in China that took place over the summer. It was part of an exchange program developed with the Shantou University Medical College and the Faculty of Medicine & Dentistry at the U of A. Every summer, students from China come to Canada and U of A students head overseas.

In some ways, the traditional Chinese medical practitioner is similar to a family doctor in Canada, said Catherine Sutherland, a second-year medical student. “Both typically serve as the first point of contact within the medical system, especially for more general complaints.” She also discovered that physicians have a difficult job in China, because they are sometimes under considerable pressure from patients and their families.

Shantou University, the only privately funded public university in China, has a strong medical school known for its leading research. The university is funded by Li Ka-shing, a businessman and philanthropist who strongly values education. The University of Alberta’s Li Ka Shing Institute of Virology, based in the Faculty of Medicine & Dentistry, was created in 2010 through the combined gifts of $25 million from the Li Ka Shing (Canada) Foundation and $2.5 million from the government of Alberta.

Second-year U of A medical student Conrad Tsang said what struck him the most during his stay in China was that pediatricians regularly deal with very vigilant parents—a common trend thanks in part to the nation’s one-child policy.

“Pediatricians there say their work is very stressful because [parents] have just one child, so the parents pay a lot of attention to that child. The parents want to make sure everything is OK with their child. Sometimes pediatricians there find it difficult managing the whole family.”

Tsang also realized how privileged Canadian physicians are in terms of their access to resources and equipment in hospitals.

John Chiu, the faculty’s special adviser to China, a clinical professor in the Department of Family Medicine and an associate clinical professor in the Department of Psychiatry, set up the student exchange program. For the last four years, the faculty has sent medical students to Shantou University Medical College for a multiple-week elective course that teaches Canadian students about Chinese medicine. Chiu is now working on organizing faculty exchanges between the two medical schools as well, which should officially happen sometime in the near future.

Sutherland said she was impressed with the warm welcome at Shantou medical school, and at the medical facilities they toured to learn about medical education in China. Chinese medical students were already finished school for the summer but returned to the hospital to work with Sutherland and Tsang.

“They were so helpful and friendly,” said Sutherland. “And I was really impressed with the hospitality they showed us. It was a really worthwhile and educational experience.”