The celebration of Jesus’ birth was added on in the ninth century to existing new year rites. 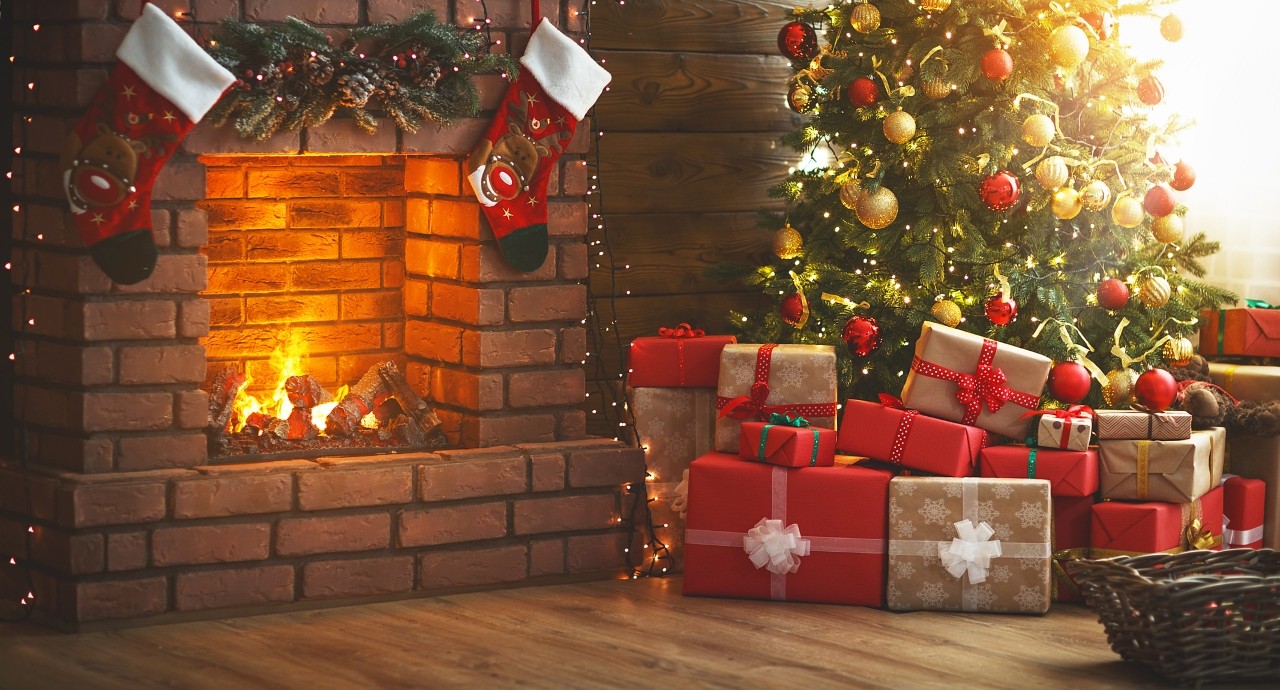 From the brightly lit tree to the Yule log in the fireplace and the hanging mistletoe, many Christmas traditions have non-Christian origins, according to a U of A religious studies instructor. (Photo: Getty Images)
interior christmas. magic glowing tree, fireplace and gifts

Christians observe Christmas to celebrate Jesus’ birthday, but the origins of the seasonal ritual existed long before he is believed to have walked the Earth, according to those who study the history of Christmas.

Before Christ, and for centuries afterwards, ringing in the new year was the main event, along with welcoming the return of the sun.

According to religious studies instructor Glen Fairen, the birth of Jesus wasn’t even recognized until three centuries after the fact—his resurrection was the true miracle—and not considered an important rite until the crowning of Holy Roman Emperor Charlemagne on Dec. 25, 800.

"The new year's celebration was very common in many places,” said Fairen. “The idea of Yule was already on the books. Instead of adding something new, Christianity just adapted to something already there.

“If you even go so far as to say Jesus existed at all, and there’s no evidence he did, it is highly unlikely he was born on Dec. 25,” said Fairen, adding the date was more likely chosen out of convenience since the actual date was never recorded.

“And especially in the ancient world, innovation was considered really problematic. You didn't mess with tradition."

Christianity was an “utterly Roman” religion in the first place, said Fairen, so it’s not surprising it aligns so closely with Saturnalia, or the festival of the Roman god Saturn. It was a day of feasting and general merrymaking falling on Dec. 17 of the Julian calendar.

“During Saturnalia, you would give little gag gifts to your friends, so that’s probably also where the tradition of gift giving comes from,” he said.

Latching onto an existing holiday and renaming it might also have been a strategy for converting people to the new religion, he said.

Christmas is in many ways a reformulation of the pagan Yuletide (or Yule time) celebrated by Germanic people before Christ’s birth to pay tribute to Norse and Anglo-Saxon gods Odin andMōdraniht.

The 12 days of Yuletide—beginning on Mother Night, Dec. 20, and ending Dec. 31, the Night of the Oak King and the Roman day of Hecate—were transformed into the 12 days of Christmas, marking the span between the birth of Christ and the coming of the Magi, or three wise men.

And burning a Yule log on one of the darkest nights of the year was a way to mark the return of light, said Fairen.

“It's clearly coming out of a non-Christian context, and when Christmas does show up, it's more about tying it into the new year.

“People who came up with the idea of Christmas would have seen these precedents (in other cultures) and thought they fit a pattern,” said Fairen. “If there was a pattern, it was worth repeating.

"You have to remember, in the early Middle Ages, people were not as worried about the truth or factual basis of an event like the birth of Jesus as they were about its mythical significance."

The figure of Santa Claus may also be “riffing on Odin,” he said, as the Norse god was believed to lead a wild hunt, or ghostly procession, through the sky.

Father Christmas continued his evolution through the centuries, said Fairen, from the Christian figure of Saint Nicholas of Myra, a 4th-century Greek Christian bishop, to the Ghost of Christmas Present in Dickens’ A Christmas Carol, to the jolly fat man with white beard and red coat we know today—largely a creation of Coca-Cola advertising in the early 20th century.

In Italian folklore, the idea of Santa takes on a radically different incarnation. On Jan. 5, or Epiphany Eve, a witch named Befana flies through the sky on her broom, delivering gifts and filling children’s stockings with either candy or coal.

“It's not like any of this is locked in stone,” said Fairen. “Traditions always evolve and are malleable. Accommodations are made.”

Evergreens such as those used as Christmas trees, are a 12th-century Germanic tradition. And the ivy and mistletoe likely have Celtic origins.

"Mistletoe was seen as nature's semen, the berries as a kind of fertility symbol,” said Fairen, “so the idea of holding it over somebody's head as you kiss them is perhaps a remnant of that fertility element."