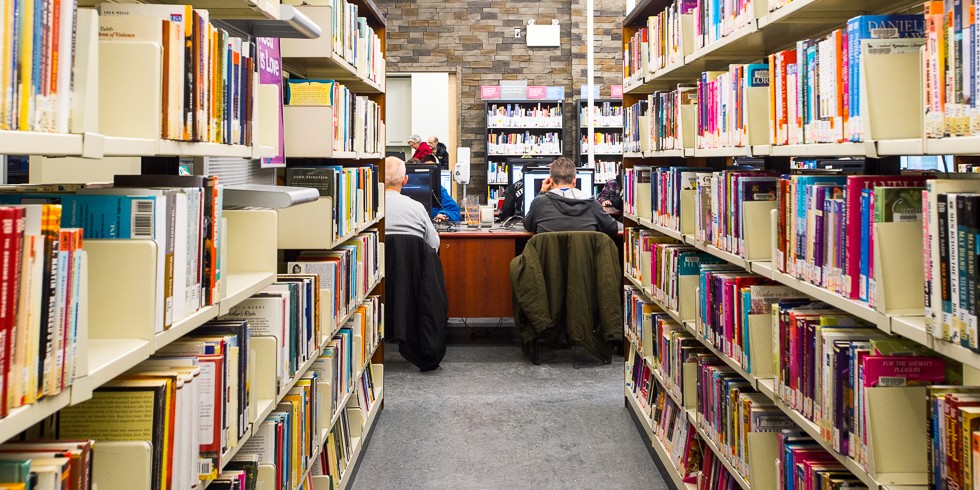 The University of Alberta’s Enterprise Square has opened a new chapter as it welcomes the Edmonton Public Library (EPL) into its space.

The library opened a temporary location last week at the U of A’s downtown campus, Enterprise Square, in office space left vacant by a TV station, and the move amps up the building’s community vibe, said Pat Jansen, associate vice-president of planning and project delivery for the U of A.

The library, funded by the City of Edmonton, will spend the next three years in the 17,200-square-foot space at the corner of Jasper Avenue and 102 Street, as its main downtown Stanley A. Milner branch undergoes a major renovation.

“EPL adds to the makeup and diversity of Enterprise Square and provides additional vibrancy thanks to the library patrons who will visit the building,” Jansen said. “And people will have more opportunity to learn about the U of A.”

Pedestrians drawn into the building to use the library can now also familiarize themselves with other community-oriented U of A tenants, including the Faculty of Extension and Museums Galleries.

The library’s presence reinforces the shared values the university has with the City of Edmonton, one of its key community partners, Jansen said.

“They are a valued partner in the common good, and we share community connections to help inspire change and be a catalyst for learning, discovery and creativity, so we certainly have missions that cross over.”

The U of A already partners with the library on hosting and managing database servers required for EPL’s integrated system, and recently programmed a service that allows students, faculty and staff to register and use their ONEcards as public library cards, he noted.

Discussions about temporarily leasing the space for EPL began between the city and the U of A in early 2015, with an agreement formalized in July of 2016.

“It was timely, given that the space was available and we saw the library as a good fit,” Jansen said.

The bright street-level space, with its big windows, open and welcoming feel, and easy access to public transit is an ideal location for drawing in current and new users, said Richard Thornley, manager of EPL’s new Enterprise Square Branch.

“In terms of downtown location, you could not get more central,” he said. “It’s wonderful being right on Jasper Avenue with all the foot traffic that goes by and comes through the building.”

He hopes occupants from Enterprise Square and nearby buildings will pop in to explore the branch as new users. “It’s a small move of four blocks (from the former location), but it’s interesting how geography makes a big difference.”

Though it’s been open for only a week, the new branch—which houses 70,000 books, DVDs, audiobooks and music CDs, including a fully stocked children’s section and 40 computers for public use—is already proving popular with users, he added.

“It’s been very busy here; we have been fully occupied since we opened. I’m hard-pressed to think of a better home right now.”