Class project questions racist assumptions that can lead to violence

Video attempts to reach those most vulnerable to extremist alt-right ideology. 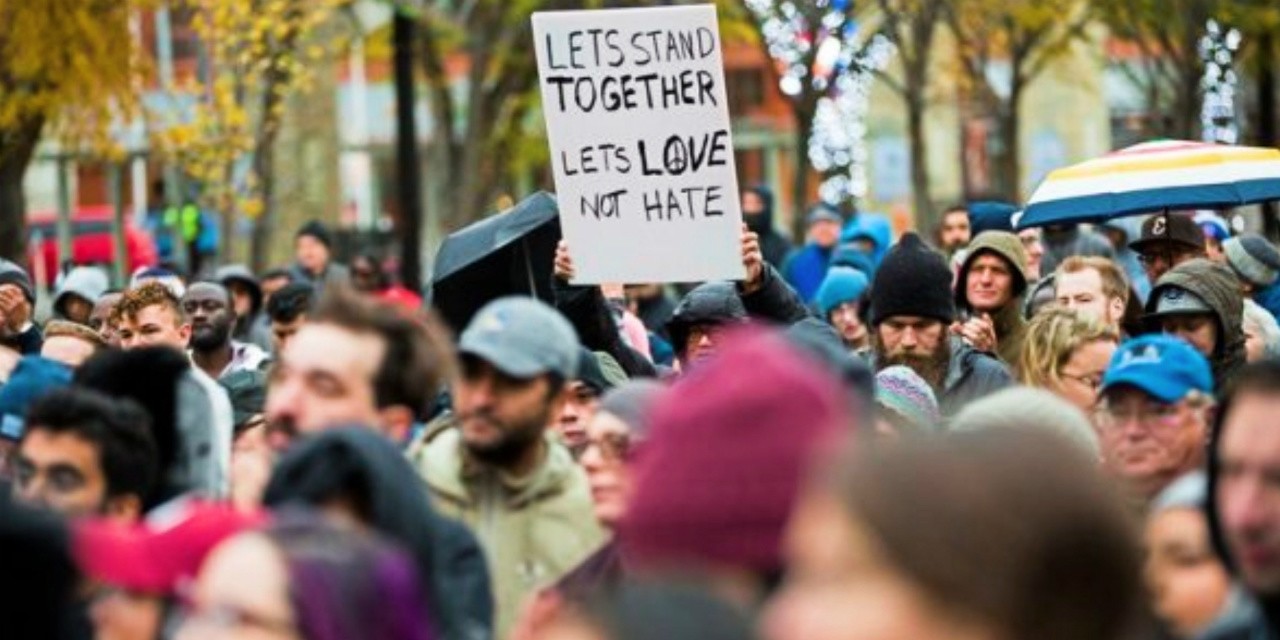 A video created as part of a class project aims to challenge racist assumptions about terrorism and refugees.

Political science adjunct professor John McCoy and his class on terrorism in the modern world have created a video meant to question racist assumptions about Islam and refugees that could lead to violent action.

The video was entered in the Peer-to-Peer: Facebook Global Digital Challenge, which asks contestants to “counter online hate and extremism in ways that are credible, authentic and believable to their peers, localized to each of their communities or regions.” Targeting those most vulnerable to far-right propaganda, the video follows a young man as he comes to terms with the Sept. 30 attack on a police officer and several pedestrians in downtown Edmonton.

The viewer is left with the question, “Who do you want to be?”

"We've been hearing for a long time that immigration is broken, that Trudeau's policies are letting in terrorists, and refugees are terrorists,” said McCoy. “So when the identity of Abdulahi Hasan Sharif (the man charged for the attack) came out, the far right had a field day, because it was their 'I-told-you-so’ moment.

“To them, it doesn't matter if he's one of very few refugees in North America with any connection to any kind of terrorism charge."

It happened that McCoy and his students were just about to examine ISIS when the attack took place. They wanted to do something to respond to what McCoy calls “the primary issue with violent extremism in the province, which is far-right extremism."

McCoy stressed that his Our Alberta campaign, which the video promotes, questions black-and-white, racist assumptions that can lead to violence.

A sessional instructor in the University of Alberta’s political science department, McCoy completed his doctorate on the social integration of Muslims into Canada and is now fast becoming an expert on the rise of the far right.

“The real issue is someone on the fringe of (a far-right organization)" who is disgruntled with the world they see around them and is flirting with racist ideology, said McCoy. “They could cause huge damage.

“The video is meant to challenge their thinking and reconsider who is a refugee."

Class project questions racist assumptions that can lead to violence