Six STEM graduates from U of A aim to commercialize technology ranging from better pregnancy tests for cows to more efficient batteries and faster tests for bacteria in water. 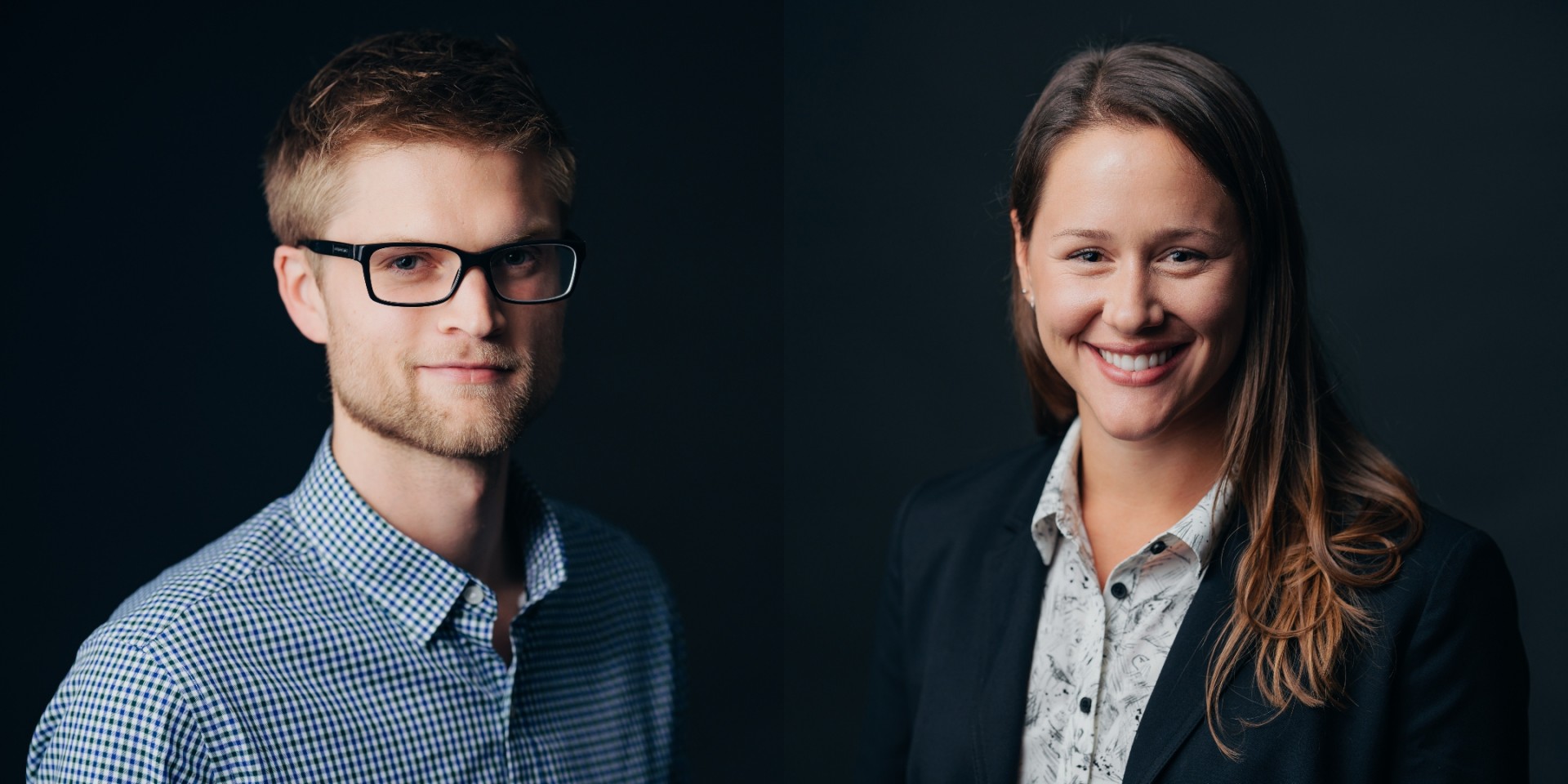 Matthew Nickel (left) and Hillary Sweet, co-founders of SN Biomedical, are among six recent PhD graduates of the U of A receiving funding through the Alberta government's GreenSTEM program to help them commercialize new technologies. (Photos: Supplied)

It didn’t take long for Matthew Nickel and Hillary Sweet to venture out on their own after they graduated from the University of Alberta in 2018 with PhDs in biomedical and materials engineering.

“Afterwards we worked for about six months, and then Hillary said, 'Hey, you want to start a company?'” said Nickel, co-founder of SN Biomedical. “I said ‘why not?’ so we decided to start a biotech company with a goal to make simple and affordable diagnostic tests.”

Nickel explained the biggest problems in diagnostic testing in health care are speed and cost, especially when someone is sent for blood work, which requires lab work and a few days to get the results back.

“The vision of the company is to develop technology to help people have tests done right there in the clinic,” he said. “However, you can't really just pop up a startup into the human clinical diagnostic space.”

“So we thought we would start in the veterinary industry and go from there.”

Lacking the capital for their longer-term ambitions, they started speaking with stakeholders in the cattle industry to find diagnostic problems to help solve, Sweet said.

It turns out testing cattle for pregnancies at feedlots could use a jump in technology.

Nickel explained when heifers—female cows that haven't had a calf before—arrive at a feedlot, they need to be administered a pregnancy test, but there currently isn’t a reliable and inexpensive way to do this.

He said the reason for the test is feedlots are not a place for new calves or their mothers. Not only newborns, but many heifers will die shortly after giving birth.

And while there are lots of pregnancy tests for cattle, there aren’t any that can be quickly used in a feedlot setting, where time is of the essence when cows are being brought onboard.

Sweet noted feedlot operators have tried ultrasound to test for pregnant cows, but that takes a fair bit of time, it’s expensive, and calves were still being born.

“The idea was with our test, we could take a quick saliva swab while the cow is being readied in the chute and within a minute determine whether the cow is pregnant,” she said. “The test would look for markers in the mouth that relate to the pregnancy.”

To help the pair along, Alberta Jobs, Economy and Innovation has named Sweet and Nickel fellows under the GreenSTEM program, a pan-Alberta program to reduce greenhouse gas emissions, support development of clean-tech companies and provide graduate students and post-docs with entrepreneurial development and support. The two-year program enables entrepreneurship and provides a two-year commercialization runway for tech companies involved in science-based innovation that is expensive, has a lengthy time horizon and is fraught with commercialization challenges.

Their GreenSTEM funding is under both the U of A and the University of Lethbridge to help with research and development costs. The U of A will provide lab space, equipment, researchers and expertise.

For instance, Robert Burrell, professor in the Faculty of Engineering and chair of the biomedical engineering department in the Faculty of Medicine & Dentistry, their adviser during the team’s U of A tenure and famed researcher who revolutionized wound care by leveraging the anti-microbial properties of silver, is an adviser for the fledgling biotech.

“GreenSTEM has been a huge financial relief, and we are so excited to see what we can accomplish throughout the program,” said Sweet.

Four other U of A alumni also received GreenSTEM funding.

Bing Cao, who holds a PhD in chemistry and has expertise in renewable energy, started Nanode, which produces nanostructured electrodes in a single-step, low-cost process, while enabling 20 to 30 per cent higher energy density than current lithium ion batteries.

Zhongyi Quan, who holds a PhD in energy systems, aims to commercialize a technology that allows power converters to be more compact and lightweight, helping make renewable energy more affordable.

Amirreza Sohrabi, who received a PhD in materials engineering with a specialization in designing advanced water and wastewater treatment systems, started Roshan Water Solutions to address a gap in microbiological testing. The technology allows for rapid bacteria testing "anywhere by anyone" versus testing done in central laboratories.

Matt Anderson-Baron, who has a PhD in cell biology, is the co-founder of Future Fields, a biotech company developing cell-growth media that promises to make cellular agriculture 1,000 times cheaper than anyone else through their novel production system.