Clearing the air on oilsands impact 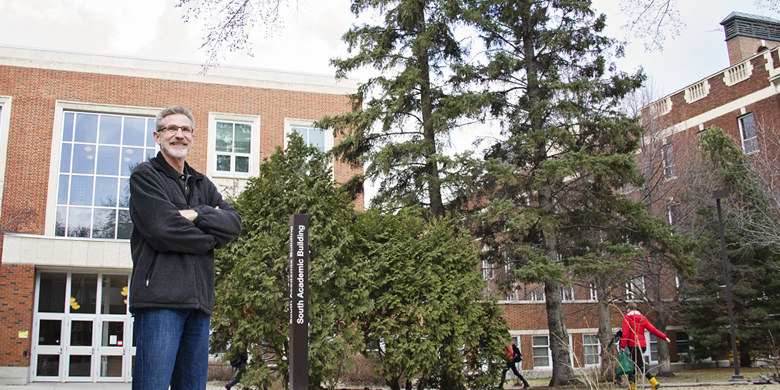 Warren Kindzierski has studied air quality in Alberta for more than 20 years.

(Edmonton) Alberta’s oilsands have been the subject of controversy and discussion for many years. But residents in the Athabasca oilsands region needn’t hold their breath about air pollution, says a professor in the University of Alberta's School of Public Health.

“There is a perception in the Athabasca oilsands region that air quality is poor,” says Kindzierski. “Air quality in the communities we studied is actually quite good when compared with larger cities in Alberta and around the world.”

Kindzierski’s research, published in Environment International, shows little change in pollutant concentrations over the past 15 years. The study analyzed data on levels of nitrogen dioxide, sulfur dioxide and fine particulate at community stations in each of the three communities. No significant shifts were found, explains Kindzierski. The slight changes that do exist are more likely due to population growth along with oil production.

“We should be very concerned if air quality suddenly deteriorated. The value of studying air quality trends is that we can see major changes and address them. By collecting data over a longer period, we can see the big picture in context, instead of just a snapshot in time,” says Kindzierski.

Oil production has been a major industry in the region since the 1990s. “In terms of technology and development, two decades is not a very long time. It takes between 50 and 60 years to fine-tune systems and develop best practices,” explains Kindzierski. “This is simply the reality of industrialization.”

In 2010, Kindzierski provided expert advice on a Government of Alberta panel. The panel led the development of the Alberta Environmental Monitoring, Evaluation and Reporting Agency (AEMERA). AEMERA is a governmental organization responsible for all environmental monitoring and testing within Alberta—including air quality and pollution in the oilsands region. Under the panel’s recommendation and model, AEMERA will monitor air quality in the Athabasca oilsands to ensure pollution levels remain low.

“In terms of air quality, we saw no indication that industrial expansion should be curtailed in the Athabasca oilsands region,” says Kindzierski. “The continued monitoring of pollution in the area will help the provincial government make informed decisions about oil production and development. This is good news for everyone concerned.”