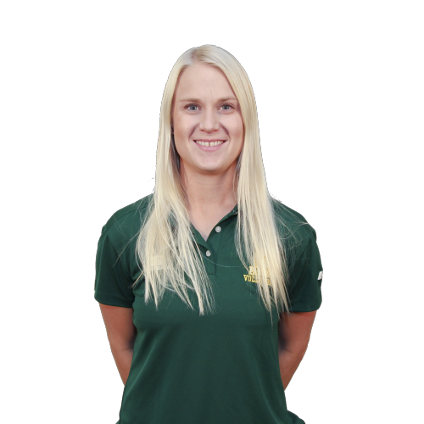 Team Canada's sitting volleyball squad is eager to compete at the Rio Paralympics, says assistant coach Christine Smyth, who also coaches the U of A Pandas volleyball team. (Photo: Paralympics.ca)

It was about a year ago when Edmonton’s Christine Smyth put her career as a high-school teacher on hold to pursue a dream of high-performance coaching. Today, she finds herself on one of the biggest stages in the sporting world: the Rio Paralympic Games.

“We’ve been working very hard,” says Smyth, an assistant coach with Team Canada’s women’s sitting volleyball team. “Volleyball in Canada in general, across all disciplines, had an exciting start with the Olympics. Our girls are really excited to work their butts off and try to come out with an upset or two.”

The Rio Paralympics represent the culmination of a hectic year that saw Smyth juggle duties as an assistant coach for both the University of Alberta Pandas volleyball team and the national sitting volleyball squad. And that’s on top of her master’s in coaching studies through the Faculty of Physical Education and Recreation.

Her schedule might be stacked, but there’s no better way to challenge herself or broaden her experience, Smyth says. The Rio 2016 Paralympic Games are an opportunity to immerse herself in coaching and apply ideas and theories learned in the classroom to real life.

“It’s really nice to be able to immediately put into practice some of the things that we’re learning and discussing within the master’s courses. The breadth of people that I’ve been learning from, being part of multiple programs, has really allowed me to see different perspectives, different components of the game in different lights.”

As a member of the 2007 national championship-winning Pandas volleyball team and a coach at the recreational and high-school level, Smyth has plenty of experience with the standing game, but this is her first real foray with the sitting version of the sport. Smyth didn’t know much about sitting volleyball until about seven years ago, when the national team head coach at the time—a Pandas alumna—invited her to lend a hand at a practice.

The first difference she noticed about the sport was that it was much faster than standing volleyball, because the nets are lower and the court is smaller. That means sitting players have far greater opportunity to block serves, which changes defensive and offensive tactics.

“Everything is happening closer to the floor. Your time and your space are really limited,” says Smyth. “The reaction and control required of the players is very demanding.”

Smyth says she enjoyed that early experience with the sitting program but lacked the time and opportunity for a formal role with the team. She continued coaching the senior girls’ volleyball team and both the boys’ and girls’ beach volleyball clubs at Harry Ainlay High School, where she also taught.

Smyth made the decision to put her teaching career on hold and enrol in the U of A’s master of coaching program. Unique in Canada, the program is designed for students who want to make coaching a career and gain hands-on experience to go along with classroom work and research. Former graduates of the program include Serge Lajoie, head coach of the Golden Bears hockey team.

Smyth joined the Pandas volleyball team as an assistant coach and soon jumped at the chance to coach in a similar role with the national sitting team.

The sitting volleyball squad qualified for Rio after winning bronze at last year’s Parapan Am Games. The Rio team is youthful with a strong work ethic and has responded well to the program’s culture of development and learning, Smyth says.

Whether that translates into a spot on the podium remains to be seen, she adds.

“Our girls are very excited, and I think and hope that they’re going to give some teams a run for their money.”