Fluorescent proteins could signal new ways of treating everything from mental illness to diabetes and cancer. 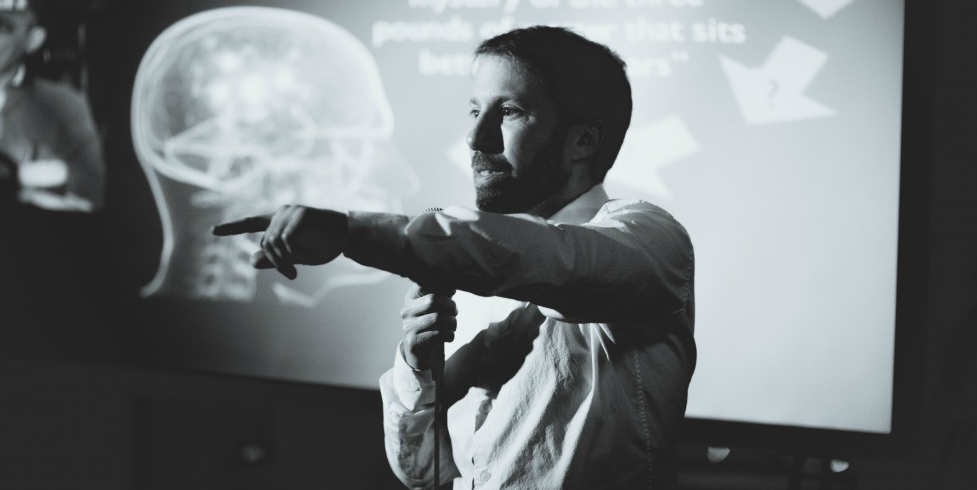 UAlberta chemist Robert Campbell and his team have developed a new method that converts biochemical processes between proteins into colour changes that are easily visualized.

(Edmonton) The detection and imaging of protein–protein interactions in live cells just got a lot more colourful, thanks to a new technology developed by University of Alberta chemist Robert Campbell and his team.

Campbell has created a new method that converts biochemical processes into colour changes that are easily visualized. The method is a new tool for cell biologists and neuroscientists to use to address questions ranging from fundamental mechanisms in cell biology, to underlying causes of mental illness, to discovery of new treatments. The results are published in the Jan. 26 issue of Nature Methods.

Proteins control essentially all biological processes in a cell, and though they may sometimes act alone, proteins most often interact with other proteins to carry out their normal biological functions. Detecting these protein–protein interactions is key to understanding both normal and abnormal functions in the cell.

Campbell’s new technique, which he has dubbed FPX, uses genetically encoded fluorescent proteins to image dynamic biochemical events in live cells and tissues. The FPX method converts a change in protein–protein interactions into a dramatic green to red (or vice versa) colour change that is immediately visible.

“Strategies for converting fluorescent proteins into active biosensors of intracellular biochemistry are few in number and technically challenging,” says Campbell. “With this development we can immediately image activity happening at the cellular level, offering an alternative to existing methods for detecting and imaging of protein–protein interactions in live cells.”

The FPX method is based on green and red dimerization dependent fluorescent proteins (ddFPs) that Campbell and colleagues first reported in 2012. Yidan Ding, the primary contributor to this work, discovered that she could combine the use of green and red ddFPs in single cells, so the proteins could be green or red—but not both at the same time. By introducing modified versions of the proteins into live cells, and taking advantage of the fact that green and red fluorescence are mutually exclusive, Ding was able to construct a wide variety of biosensors that underwent dramatic changes in fluorescence in response to biochemical processes of interest.

By adding this dynamic new dimension to fluorescent proteins and engineering them to be biosensors that change their colour in response to specific biological events, Campbell has provided a tool for researchers to immediately pinpoint a major change at the cellular level, minimizing the need for extensive biosensor optimization and providing a versatile new approach to building the next generation of biosensors.

“This allows for a wide scope of applications,” notes Campbell. “It will be immediately relevant to many areas of fundamental cell biology research and practical applications such as drug discovery. Ultimately it will help researchers achieve breakthroughs in a wide variety of areas in the life sciences, such as neuroscience, diabetes and cancer.”

Campbell, who has developed a large number of fluorescent proteins for imaging applications, including some that are commercially distributed and others that are available through the non-profit Addgene, has a patent pending on the technology.