Regular exercise during and after chemotherapy improves quality of life and reduces cancer-related symptoms, U of A researcher finds. 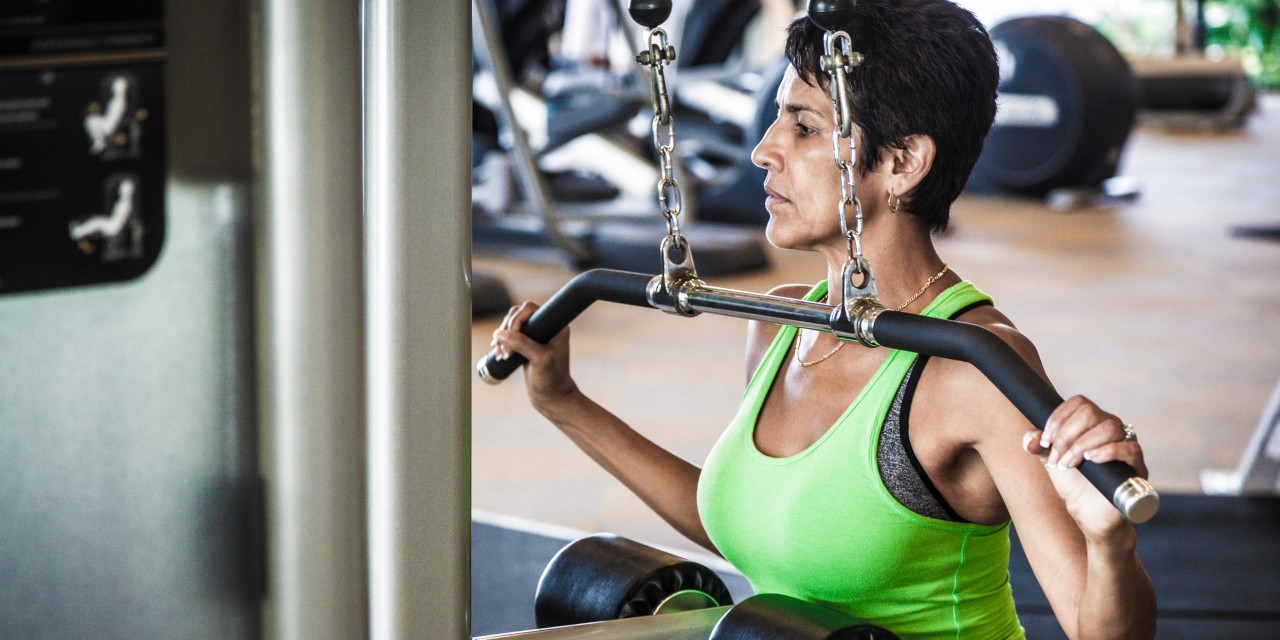 Combining aerobic and resistance training may offer the most benefits for women during and after chemotherapy for breast cancer, according to a new U of A study. The research also showed that women who included resistance training in their workouts were more likely to stick with regular exercise after their cancer treatment. (Photo: Getty Images)

Despite confirming that benefits of exercise for breast cancer patients undergoing chemotherapy wear off quickly once they stop, a new University of Alberta study also showed that patients prescribed a training regimen with a resistance-training component were more likely to continue exercising once their treatment ended.

In the study, led by U of A post-doctoral fellow Ki-Yong An, 301 breast-cancer patients were put through varying exercise programs in an effort to identify the optimal exercise mix.

The Combined Aerobic and Resistance Exercise (CARE) Trial compared a thrice‐weekly standard dose of 25–30 minutes of high-intensity aerobic exercise on an exercise bike, a higher dose of 50–60 minutes of aerobic exercise and a 50- to 60-minute combination of aerobic and resistance exercise. The exercise programs, which ran for about five months, began within a week of starting chemotherapy and continued for three weeks after the last treatment.

After the initial course of monitored exercise, participants were encouraged to keep exercising but were left to their own devices. An and his team then followed up with them at intervals of six, 12 and 24 months.

“Exercise during chemotherapy for breast cancer is associated with a number of improvements in patient health during chemotherapy; however, many of the benefits of exercise dissipate quickly after cessation of the exercise,” said An.

And while there wasn’t much evidence that supported any differences between the prescribed doses and types of exercise during the two-year followup period, An said engaging in combined exercise during chemotherapy spurred increased exercise participation rates after chemotherapy, as well as higher muscular fitness in the long term.

An also noted that patients who took part in the combined exercise outpaced their high aerobic counterparts in upper-body muscular endurance at 12 months.

“Taken together, these findings suggest that combined exercise during and after chemotherapy may be optimal for breast cancer patients,” said An.