COMMENTARY || Analytics show Oilers are losing because of defence 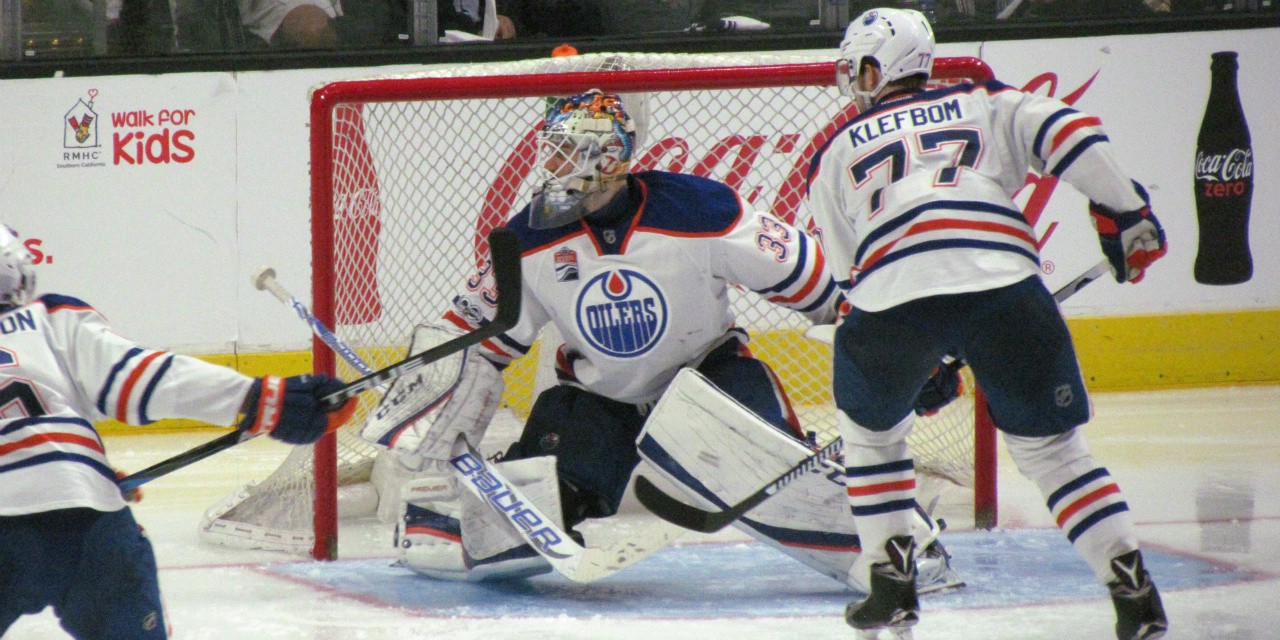 The defensive data show why the Edmonton Oilers are languishing in 29th place in the NHL standings. (Photo: Dinur via Flickr, CC BY-NC-ND 2.0)

Despite the team sitting seventh in the Pacific and tied for 29th overall, I enjoy Oilers games. I also enjoy “Cult of Hockey” player grades by David Staples, Bruce McCurdy, Kurt Leavins and colleagues.

Win or lose, I eagerly await their post-game assessments, insightful analyses and meticulous breakdowns of players’ in-game performances. Their grading criteria typically relate to goals, assists, shots for and against, scoring chances for and against, Grade-A chances, net-front presence, faceoff wins, time on ice (TOI), plus-minus, aggressive play, hits, giveaways, takeaways, blocked shots, et cetera. To be sure, there are hundreds of possible criteria, or metrics, to assess. However, some are more meaningful than others.

As I’ve said before, hockey analytics are good for the game, especially when the best, most meaningful metrics are used. But identifying them is difficult. For fun, I recently dove into the analytics literature and found a 2013 master's thesis and a handful of peer-reviewed journal articles. These studies involved multiple back-to-back NHL seasons and multiple win-loss predictors. Turns out, some of the best predictors relate to goalie-save percentage, blocked shots, penalty-kill faceoff wins and takeaways. Notice a theme? Defence, defence, defence! Further to the point, one study concluded top-tier goalies, defencemen and defensive forwards, like four-time cup winner Kris Draper, are essential. They’re not “cogs in the wheel.” They’re difference makers. And they separate NHL winners and losers, and those who make the playoffs and those who don’t.

Goalies rule the roost, particularly top-tier goalies like Marty Brodeur. This is partly because goalies usually play the whole game, so their 60-minute TOI matters a lot. It’s disproportionate to other players. With top-tier goalies, teams have a puncher’s chance. Is Cam Talbot a top-tier goalie? He could be someday. His career save-percentage is above average, and he saved 92 per cent of shots last year. This year, he’s saved 90 per cent. If he saves two per cent more, and reaches his usual mark, it changes the team’s plus-minus goal differential from negative to positive. It also changes the win-loss record.

To me, it’s clear why the Oilers are struggling, and it relates to defence. Talbot isn’t himself. Oscar Klefbom isn’t himself. Andrej Sekera hasn’t played. Yohann Auvitu and Eric Gryba are spotty. And backup goalie Laurent Brossoit’s current save percentage is 0.87.

Additionally, as a team, the Oilers’ giveaway-takeaway ratio is in the bottom third of the league. On the bright side, defenceman Adam Larsson’s a beast, and fellow defenders Darnell Nurse, Matt Benning and Kris Russell are stalwarts. Let’s hope newly reacquired Brandon Davidson slides seamlessly back into the lineup.

William Hanson is an associate professor in the Department of Educational Psychology at the University of Alberta. He competed in three NCAA golf championships and has, since the mid-'80s, obsessed about sports analytics and performance charting.

This article originally appeared Dec. 8 in the Edmonton Journal.

COMMENTARY || Analytics show Oilers are losing because of defence