COMMENTARY || Are the Oilers for real? Analytics say yes

Oilers fans can breathe easy. After a statistically significant 15 games, the numbers suggest the Oilers are as good as their record indicates. 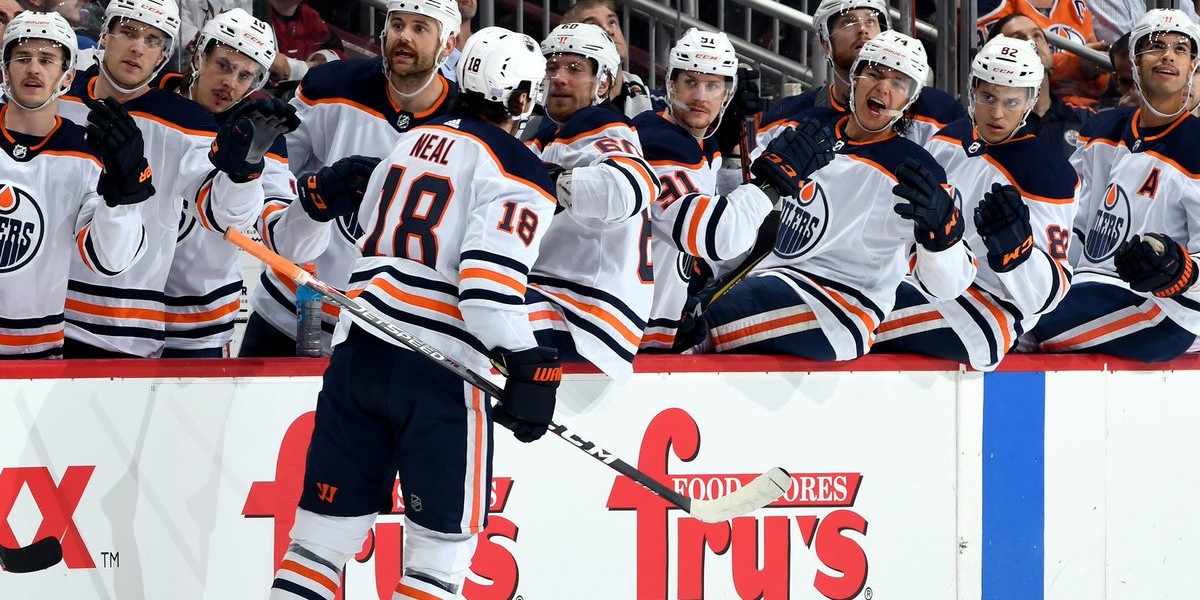 The Edmonton Oilers' winning record after 15 games this season is no fluke according to the analytics that matter, says U of A professor William Hanson. (Photo: Edmonton Oilers via Twitter)

The Edmonton Oilers are succeeding this year. They are winning and winning a lot. Alas, naysayers abound, skeptically questioning the team’s staying power and asking, “Are they for real?”

The answer is yes they are, and we knew it after the Nov. 2nd 2-1 overtime win against Pittsburgh. Sample-size wise, you need at least 15 games to know. We also know why.

From an analytics perspective, the answer is clear: it is a powerful combination of great goaltending and all-around team defence. The Oilers have become a well-oiled defensive machine, holding most teams to one or two goals a game.

Coach Dave Tippett has masterfully inspired a defence-first mentality, which includes wingers and centremen. To that point, Leon Draisaitl is a legitimate Selke Trophy candidate (and perhaps MVP) for his outstanding two-way play.

Additionally, the Oilers are top-five in the league in penalty killing, takeaways and blocked shots. Qualities like these bode well for the future. Intangibles like ever-evolving team chemistry, grit/determination, and leadership also bode well. And I personally like seeing Oilers players talking on the bench, which they are doing a lot more this year. I also like seeing newcomers Ethan Bear, Joakim Nygard and Patrick Russell getting enough time to play. Again, players need 15 games to show what they can realistically do.

If the Oilers continue playing great team defence—from the goalies on out—they will continue winning. Defence-oriented metrics are, after all, better predictors of success. Offence-oriented metrics, like shots on goal, puck possession and faceoff wins, “just ain’t so.” They simply do not predict things that matter. Depth scoring is not predictive either. It is a red herring.

Although depth issues make good storylines, they are out of touch with empirical reality. Interestingly, one of last year’s depth-scoring leaders, Tampa Bay, was crushed in the first round of the Stanley Cup playoffs, losing four games to none. St. Louis, on the other hand, won the Cup without significant depth.

Frankly, the Oilers have plenty of offensive firepower. They do not need Taylor Hall. In fact, they already have two elite scorers/playmakers in Connor McDavid and Leon Draisaitl. By elite, I mean 70-plus point players/year. They also have Ryan Nugent-Hopkins, who is exceptional and approaching elite status.

And they have half a dozen historically good NHL point-producers in James Neal, Alex Chiasson, Zack Kassian, Sam Gagner, Oscar Klefbom and Darnell Nurse. By historically good, I mean 25-45 points/year, including 10-20 goals and/or 15-30 assists. These numbers are based on last year’s top 500 NHL scorers.

Statistical estimates like these provide empirically based performance indicators regarding, for example, so-called “scoring wingers,” which we hear about ad nauseam. To be considered a scoring winger or playmaker in today’s NHL, players need to score 25 or more goals a year and/or dish out 35 or more assists. Otherwise, they are average or below.

In any event, to win more games and make hay in this year’s playoffs, the Oilers need to keep pucks out of the net. Plain and simple. Welcome back, Adam Larsson! If, however, they get complacent and start allowing three to four goals a game, they will struggle and drop in the standings. For the record, winning games 5-2, like they did against San Jose recently, is not because of great offence. It is because of great defence. That’s how it is, especially when a team is for real.

In honour of the NHL and NHLPA’s Hockey Fights Cancer, this article is dedicated to Chris Sargent (1979-2019), one of the grittiest people I have ever known.

William Hanson is associate professor in the Department of Educational Psychology. Follow him @HockeyProf2020.

This opinion-editorial originally appeared Nov. 23 in the Edmonton Journal.

COMMENTARY || Are the Oilers for real? Analytics say yes