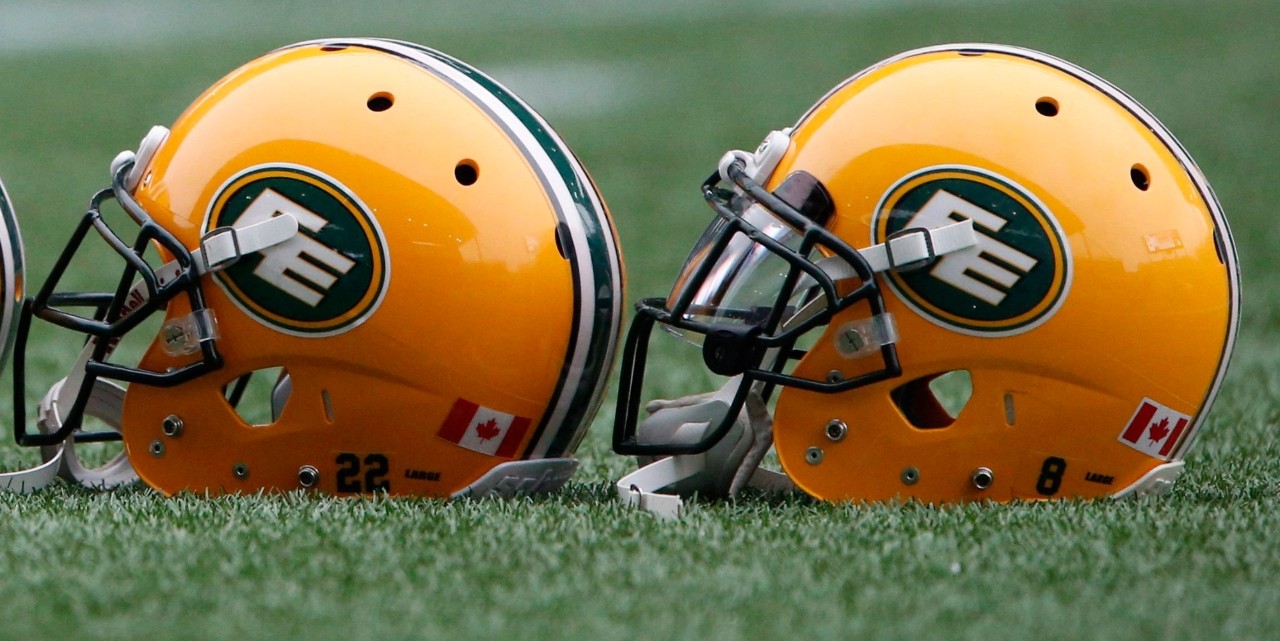 When the Edmonton Eskimos released a statement in support of Black Lives Matter, the team was criticized for not addressing the controversy about its racist team name. (Photo: The Canadian Press/John Woods)

In the space of a few hours on July 3, three North American sports teams announced they were going to reassess their racist names.

Baseball’s Cleveland Indians, the Washington Redskins of the National Football League and the Edmonton Eskimos of the Canadian Football League have for years resisted calls to drop their team nicknames. But recent worldwide protests about systemic racism have forced the sports franchises to address the issue once again.

As an Inuit writer, scholar and researcher, I’ve been an outspoken critic of Edmonton’s refusal to rename its CFL team. I have never sat down and figured out how many hours I’ve logged into something that appears so very simple. Changing a sports team name. Getting rid of a racist moniker. Eliminating discrimination. Tossing out the detritus of bias and bigotry that lays on the field of Edmonton’s Commonwealth Stadium.

I have never given in to the justifications others use for keeping the name: fan loyalty to a team they love; all the money that they have invested into Eskimos merchandise; how revered and idolized the players are; the countless Grey Cups and the benefits the city of Edmonton has gained through the team’s many wins.

I’m often told that it’s only football and the name is harmless. Harmless to whom? Harmless to the future generations of Inuit children who will grow up hearing that word—that one word, “Eskimos”—and be conditioned into believing that it’s OK?

A name no one uses

It’s OK to take the smallest group of Indigenous Canadians and maintain the use of a word that is no longer in use in academia, in news stories, in present-day anthropology texts or even colouring books?

What are we supposed to do, as the people on the other side of the Eskimo coin—take a knee in support of fans who apparently have so very much disposable income that they can invest thousands of dollars over the course of a lifetime to show off their greedy pride? After all, “Eskimos” is only a word, so why couldn’t fans rally around a new team name?

Last year, in its most recent attempt to justify keeping the racist nickname, the team made a trip to Canada’s North with much fanfare and media coverage. They talked to the “real” Eskimos, the ones who live in the Arctic. The team returned to Edmonton and said “no consensus emerged to support a name change.”

How comforting it must have been for the team to have found that one Inuk male who had no problem with the name. And that’s all it takes. It takes only one positive comment to justify keeping a name that made the team millions of dollars off the backs of Inuit Canadians.

Support BLM, but not Inuit

On June 3, the team posted a statement on Instagram in support of Black Lives Matter that said, “We seek to understand what it must feel like to live in fear … To feel undervalued. To feel persecuted … We stand with those who are outraged, who are hurt and who hope for a better tomorrow.”

We, as Inuit Canadians, understand what it must feel like to live in the fear of changing a team name.

We understand the importance of being able to wear the Edmonton Eskimos merchandise when exercising or drinking with friends in the comfort of your home while relaxing and watching the game.

We very much understand as Inuit Canadians what it feels like to be undervalued.

We understand what it is like to feel used … to feel persecuted at the mention of removing the word Eskimos. Add to that the reliving of the comments on social media any time the subject of removing the word Eskimos is brought to the attention of mainstream Canada, all while trying to survive a global pandemic and living as the smallest Indigenous Canadian population with the highest rates of poverty, food scarcity, overcrowded housing and teen suicide.

We stand as Inuit who are outraged, who are hurt by the use of the word “Eskimos.” And we too hope for a better tomorrow.

In announcing it was once again reassessing its name, the Edmonton Eskimos said they will be “ramping up consultation with the Inuit community.” That’s the same thing they said last time, yet they ultimately decided to keep the name.

What will be different this time? If the team wants to ramp up consultations, I hope they give me a call.

Norma Dunning is a sessional instructor in the Department of Educational Policy Studies.

This opinion-editorial originally appeared July 6 in The Conversation.