Feuding premiers and Prime Minister Justin Trudeau would do well to consider what Canada needs to accomplish in reducing GHG emissions, argues ecologist. 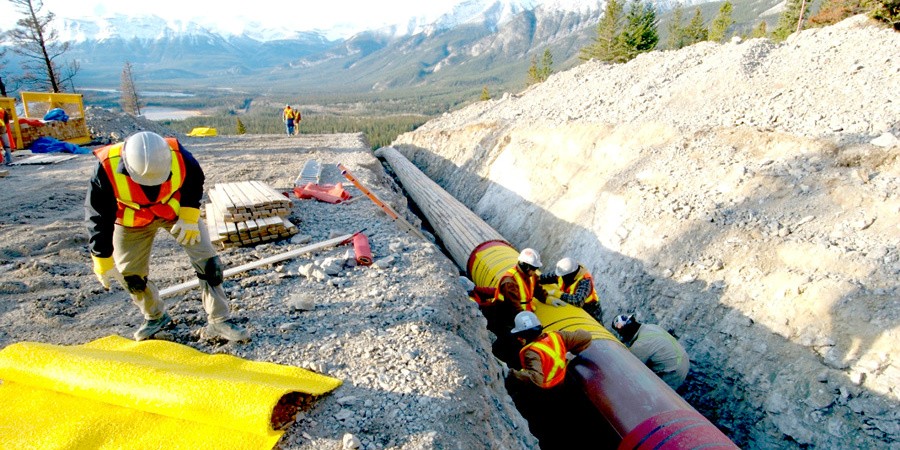 Alberta Premier Rachel Notley has escalated the dispute with British Columbia over the Trans Mountain pipeline by banning B.C. wine. What could be next in this escalating food fight? Banning Alberta beef from B.C.? Not allowing Albertans access to salmon fishing from B.C. ports?

Perhaps instead of bickering, the premiers of both provinces, and Prime Minister Justin Trudeau, should consider what we need to accomplish.

In the 2015 Paris accord, Canada committed to reducing its greenhouse gas emissions to 523 megatonnes per year by 2030. As the auditor general points out in his 2017 report, we are currently on track to exceed that target by over 200 megatonnes, and Canada does not have a coherent plan for reaching its goal. Downright Trumpian, it seems.

In November 2015, an expert panel of the Royal Society of Canada issued a report on what was needed to be able to safely transport crude oil, including both bitumen and diluted bitumen. They found that we knew surprisingly little of what was necessary to safely transport these materials, and to mitigate the damage from the inevitable spills.

1. Research is needed to better understand the environmental impact of spilled crude oil in high-risk and poorly understood areas, such as Arctic waters, the deep ocean and shores or inland rivers and wetlands.

2. Research is needed to increase the understanding of effects of oil spills on aquatic life and wildlife at the population, community and ecosystem levels.

3. A national, priority-directed program of baseline research and monitoring is needed to develop an understanding of the environmental and ecological characteristics of areas that may be affected by oil spills in the future and to identify any unique sensitivity to oil effects.

4. A program of controlled field research is needed to better understand spill behaviour and effects across a spectrum of crude oil types in different ecosystems and conditions.

5. Research is needed to investigate the efficacy of spill responses and to take full advantage of “spills of opportunity.”

7. Research is needed to update and refine risk assessment protocols for oil spills in Canada.

Such a research plan would take several years and considerable funding to complete. On the face of it, B.C. Premier John Horgan’s plan to do the necessary homework before allowing the pipeline and terminal to be built seems to be well supported by science.

One might ask: Why hasn’t the science been done to protect the environment while bitumen is shipped? After all, both the federal and Alberta governments have known for years that they wished to ship crude oil or bitumen from the West Coast.

Most likely, they were counting on the B.C. government to simply wink and approve the pipeline with the most cursory of environmental impact assessments. After all, past B.C. governments have done this with all sorts of industrial developments, to the detriment of B.C.’s environment.

Crude oil spills are no joke. Effects of the 1989 Exxon Valdez spill are still clearly visible on long reaches of the Alaskan coast, and some species still show effects of the spill. We still have a thriving fishery on the West Coast, in striking contrast to Eastern Canada, where timid politicians were bullied into choosing jobs and industries over salmon and cod.

Why are we choosing to expand the oilsands, increasing our carbon emissions, when we need to reduce our emissions by over 200 megatonnes a year to meet international commitments and to keep global temperature increases below 2 C?

Other countries as diverse as Australia, Iceland, New Zealand and Germany are already turning to solar and wind power with large battery backup, or to geothermal power, to supply their energy needs. Their economies are thriving as well. Perhaps it is time for Canada to elect bolder politicians, who will look decades, rather than mere months into the future.

David W. Schindler is the Killam Memorial Professor of Ecology (Emeritus) at the University of Alberta.

This article originally appeared Feb. 9 in the Edmonton Journal.