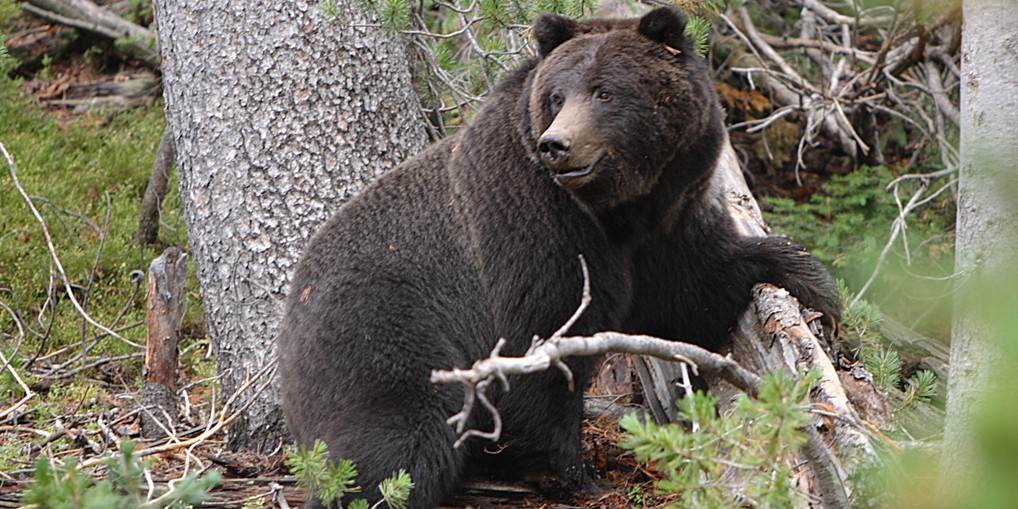 Many in the biological community are simultaneously saddened by and respectfully supportive of the difficult decisions made by those who have to balance human safety against wildlife protection. (Photo: Wikimedia Commons)

By LEE FOOTE and SCOTT NIELSEN

Wildlife professionals spend most of their time working on wildlife protection, habitat improvement, public education, surveys and biodiversity management. They are the good guys. Occasionally though, their job requires them to remove or kill animals such as crop-raiding geese, diseased elk or, recently, a grizzly bear with socially unacceptable behaviours. These actions generate a great sigh of relief from the people at risk and loud opposition from those whose ideology or location distances them from the issue.

The passion of special interest groups on each side of the issue and the whipsaw politics of inter-governmental advice is demoralizing to the biologists tasked with making hard decisions. Such is the friction-filled human-wildlife interface around the world, from Australia saltwater crocodiles to Manitoba polar bears; Zimbabwe’s crop-raiding elephants to Vancouver Island cougars.

This week the history of bear management actions narrowed the options available for managing a six-year-old female grizzly bear in Alberta’s Bow Valley. This bear is well-known by its former ear tag number 148 and for years she delighted motorists in the area. She also represents one of the most important segments in Alberta’s expanding grizzly population: a young, healthy female with high reproductive potential and an ability to live amicably near people. Despite her infrequent warning woofs and even bluff charges, she has been given the benefit of the doubt for the last two years. To reduce the risk of conflict with humans, she was tagged and moved (translocated) several times to remote areas of Banff National Park, as well as being the target of hundreds of behavioural-conditioning events applied by professionals using dogs, cracker shells, bean bag projectiles and rubber bullets. Although these training tactics often work on large wild animals, they did not work very well on Bear 148. She did not carry away the desired lessons of submission, fear or permanent retreat.

Alberta Environment and Parks has responsibility for this bear and the safety of humans who come into contact with her on provincial property. Their spectrum of prudent management for human safety includes the possibility of hazing, moving or euthanizing her when human welfare is threatened.

History charts a worrisome escalation in the risks that Bear 148 poses. She was raised by a mother who taught her to tolerate moderate levels of human approach and as 148 has grown older, her fear of humans has diminished instead of increased. This is often called “habituation” and, paradoxically, elevates the risks of bear-human conflicts, especially in crowded wildland parks with daily human-bear contact.

In all fairness, not all hikers, mountain bikers, photographers, motorists and campers make good decisions either. The adage of bear management is that you don’t manage bears, you manage people. Despite abundant warnings, people hike quietly, walk dogs off leash, camp messily, wear headphones on running trails, get out of their cars in bear jams, approach too closely, provoke bears with shouts, and of course, there are the attractive smells of edible human food. It may be more than a clover-feeding grizzly can stand.

When No. 148 was previously trapped and moved to remote areas, it only took a few days for her to return to civilization. This July she was involved in a spree of eight human conflicts in a four-day period, including approaching humans to less than three metres, chasing people on the trail and pursuing and taking a swipe at a dog. Something has changed in her maturation, assertiveness, or learned responses as she reaches breeding age; cubs are likely in 2018. A defensive grizzly mother with no fear of humans in a crowded recreational area is a ticking time bomb. While some bear experts think 148 will keep her cubs in remote areas, others have seen sows maintain their presence in areas of high human activity (even in crowded parking lots), ultimately teaching bad habits to their offspring.

An obvious point of issue with managing a wild animal is our social guilt over our role in the development of human-bear conflict; bears were here first and our Banffs, Jaspers and Canmores are layered on top of their habitat. Bears drawn to our fertilized highway ditches, grain-strewn railroad tracks, delicious oat fields, helplessly confined livestock and open garbage cans lead to shortened bear life spans. Ultimately, we seek compromise and investment in maintaining their presence so government and conservation groups continue to install multi-million dollar bear crossings, bear-proof garbage bins, fenced dumps and tens of thousands of brochures and signs. Still, despite behavioural conditioning, at some point, options run out for individual bears when their conflicts continue.

This bear, this place, this time seemed to portend a real risk to human safety. For now, the sanctity of human life still exceeds the high value we place on the lives of individual bears. Behaviours tolerated begrudgingly in federal parks are not currently acceptable outside those boundaries. This could, of course, evolve over time, as has our general support of environmental policies. For now, however, Albertans do not generally tolerate much real or perceived risk from large predators.

Consider the provincial and federal biologists who are in the grinding crucible of decision-making. They do not take these decisions lightly or with any pleasure and they consult carefully up and down professional and political channels. Here, they are being drawn ever closer to the possibility of using the last option of euthanization. Nobody envies them, and many in the biological community are simultaneously saddened by and respectfully supportive of these difficult decisions.

Bear 148 is getting one last, and very expensive, chance to live as she has been trapped and helicoptered from the Bow Valley’s bottleneck of conflict to more remote habitat in Alberta’s Kakwa region in the northern Rockies. Previous research has shown that while survival odds diminish with such a move, they are not eliminated. Fingers are crossed that she will settle in a low conflict zone.

Lee Foote and Scott Nielsen are professors of conservation biology at the University of Alberta. Foote is the co-editor of the book Inuit, Polar Bears and Conservation Hunting and Nielsen is a grizzly bear researcher who studies bear survival in human environments.

This article originally appeared in the Calgary Herald.